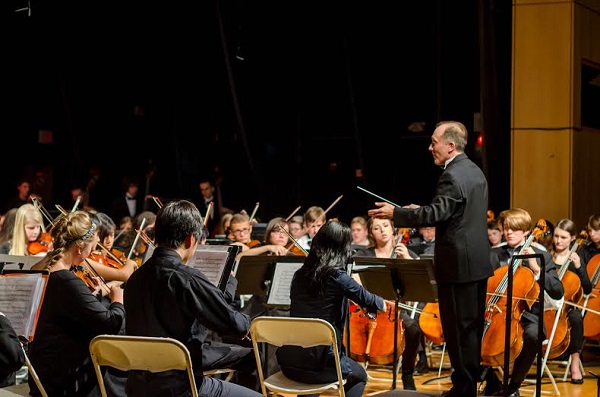 Dr. Kevin Geraldi, associate conductor of Conducting at the University of Greensboro, led a full ensemble of students in the final performance of the ‘Can Can’ before a packed house.

As the finale, all the groups assembled together to perform the “Can Can.”

For the last song, Dr. Kevin Geraldi, associate professor of Conducting at the University of Greensboro, lead the large group of students that not only filled the stage but both side stages and even the middle row in the auditorium itself. It was quite a performance! 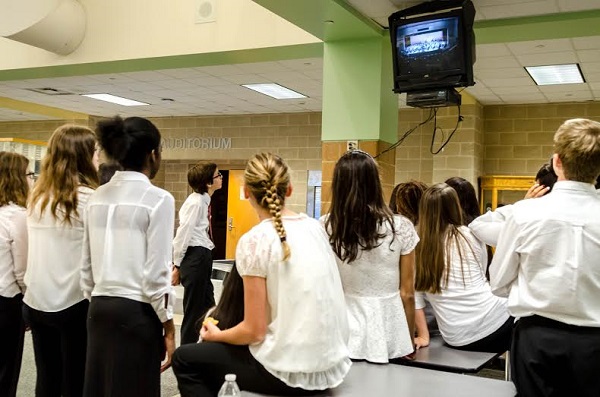 The Dillard Drive Middle school orchestra students watch others on the closed circuit television after their performance. 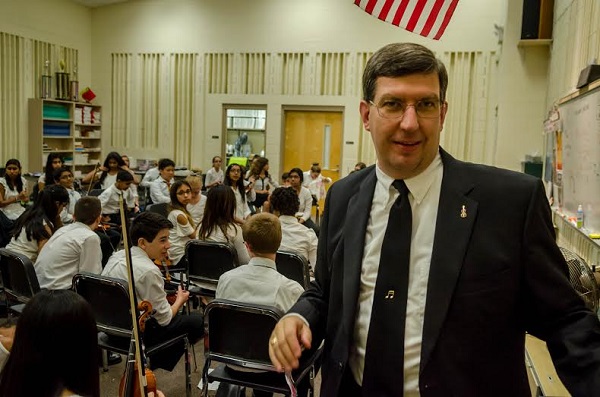 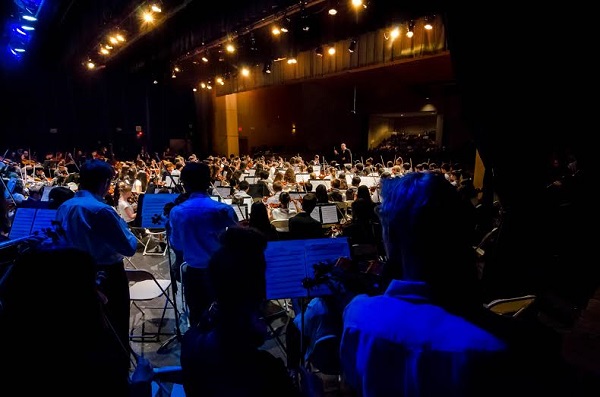 Not all of the three hundred or so students playing the final piece, “Can Can,” performed under the bright lights of the crowded stage. 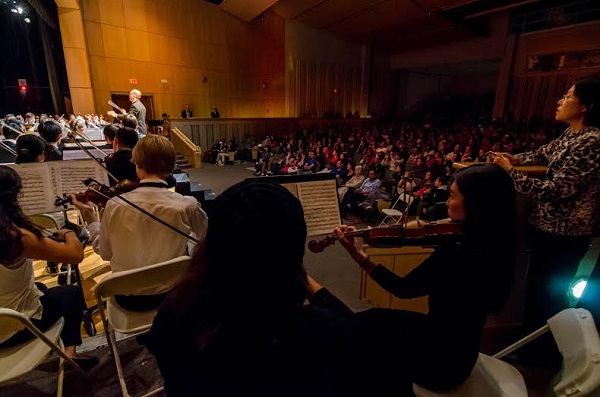 Filling not only the stage but the middle gallery too, an overflow ensemble of over 300 students played the final piece, “Can Can,” before a packed house. 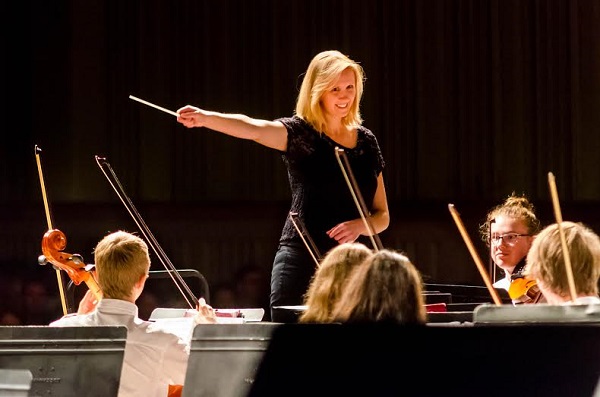 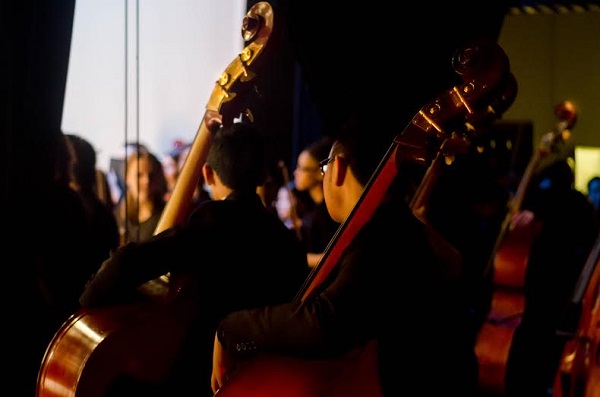 The bass section focuses before their performance. 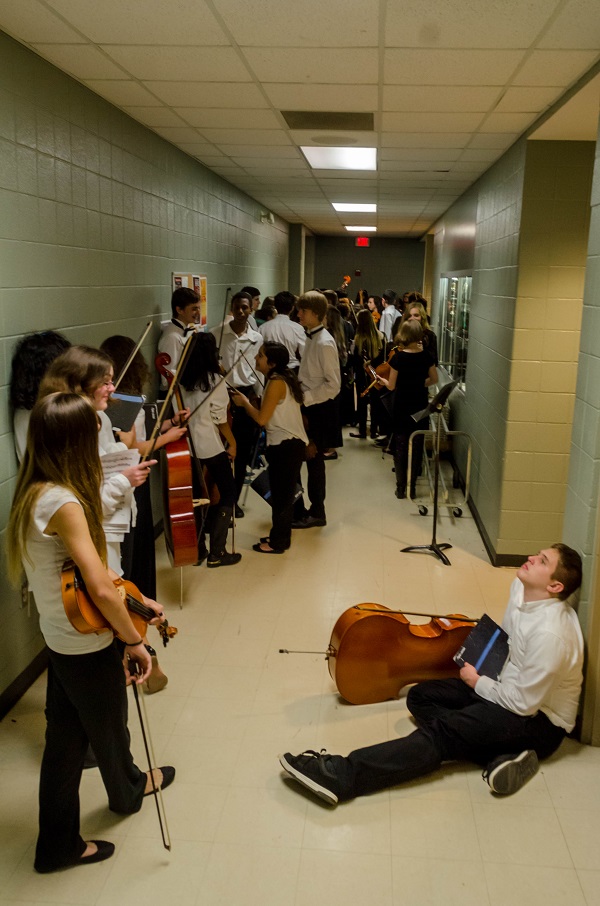 Eva Moye looks toward Mathew Roehn with his own unique way of kicking back before their Athens Drive High School Orchestra performance.

A Look Inside Morrisville Station