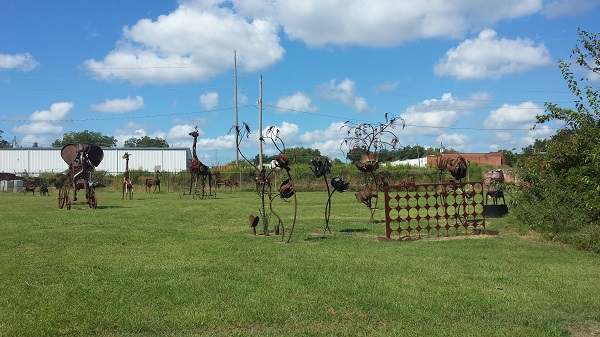 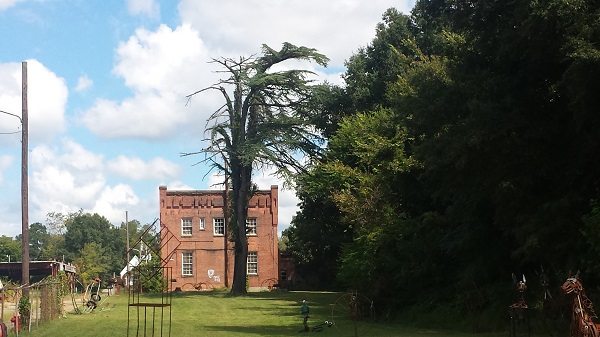 Cary, NC — During a recent trip to Greenville, NC, I stumbled across a field filled with extraordinary, yet familiar-looking, sculptures as I drove through downtown. 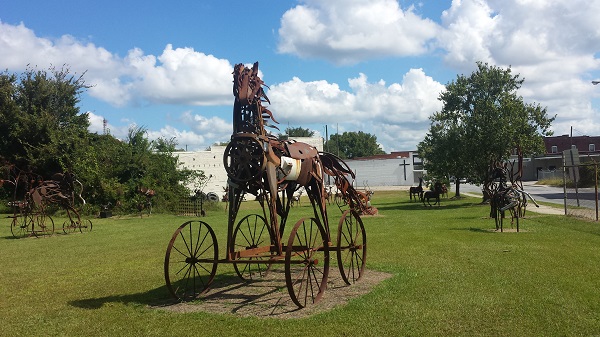 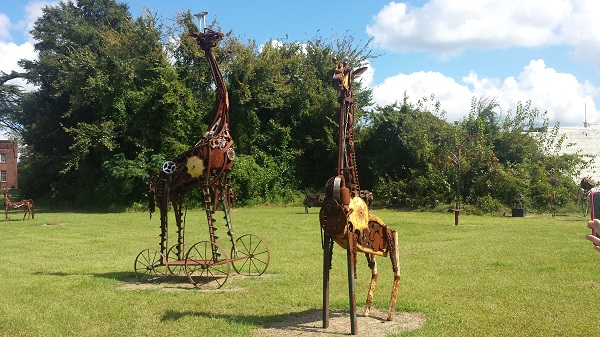 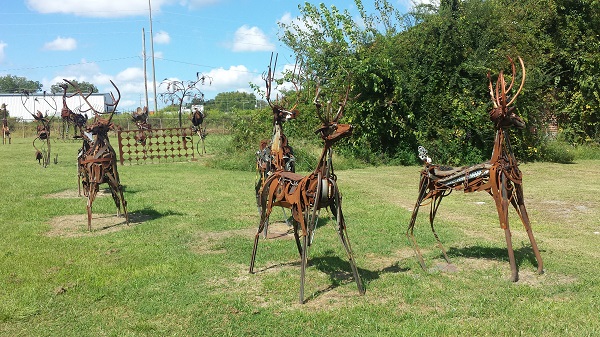 You might recognize them, too, since their sister sculpture rests in Downtown Cary right now. The sculptures are all made by Jonathan Bowling, a (you guessed it!) Greenville-based artist who has exhibited at least three of his sculptures in Cary over the last several years. One piece of his, in fact, is in Cary Visual Art’s current Outdoor Sculpture Exhibition.

The creative display of Bowling’s work appealed to me for several reasons. I felt like I’d stepped into an odd, whimsical dream. The animals were made of steel and recycled objects, yet they appeared to be moving. The most intriguing element, though, was that so many sculptures were all placed in one area. That’s what had me out of my car in an instant. 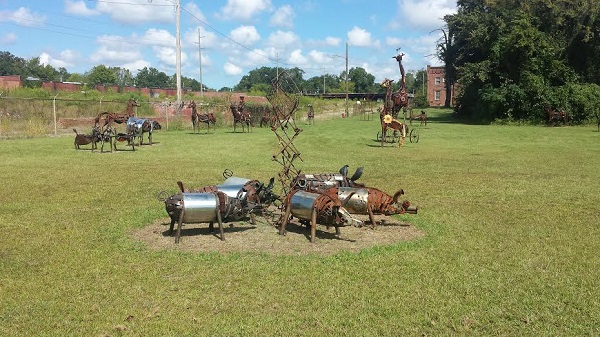 I saw a variety of animals in the field – horses, elephants, donkeys, dogs, flies, pigs and even man-made plants. Some were on wheels like “Giraffe,” and some weren’t.

The sculptures that weren’t on wheels appeared to be in motion – legs were lifted and galloping and ears were “blowing” in the breeze. Animals of the same species were strategically placed together, as if they were purposefully staying together as a group. 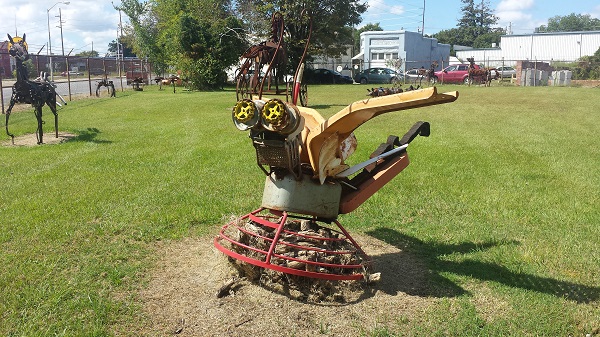 Bowling’s sculptures are intricately made up of chains, wires and recycled steel parts. Though I’d seen Jonathan Bowling’s sculptures in Cary, I’d never seen anything like this. The sculptures and public art that line Academy Street in Downtown Cary are already compelling – just imagine if we, too, placed them all in one collective area to make Cary’s own sculpture garden.

I called Jonathan Bowling to learn more about his field of sculptures. Apparently, his Greenville studio and shop is within walking distance of the garden. Five years ago, he needed a place to put one of his sculptures – an elephant – so he placed it in the field. Eventually, the field was full. “Some of the people here have started referring to it as The Greenville Zoo,” Bowling told me.

Crumbling and abandoned buildings and brick walls currently make up the backdrop of the field, and, while they give the sculpture field a haunting, artistic feel, the city has plans for the garden and the area around it. For now, though, the sculptures will stay where they are. Bowling has a friendly collaboration in-place with the City of Greenville, who owns the field and mows it for him.

A Short Trip from Cary

Bowling has some advice for readers who want to see the field next time they’re in Greenville, which is about a 75 minute drive from Cary. 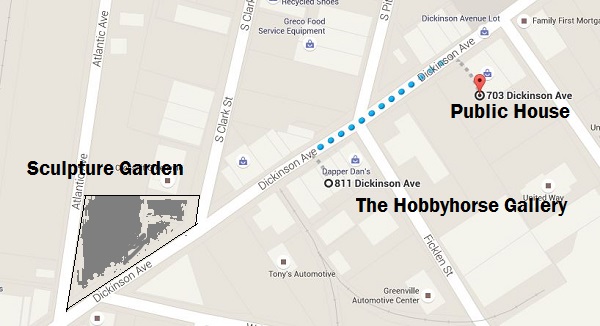 Stop by Bowling’s gallery to see his entire collection of animals.