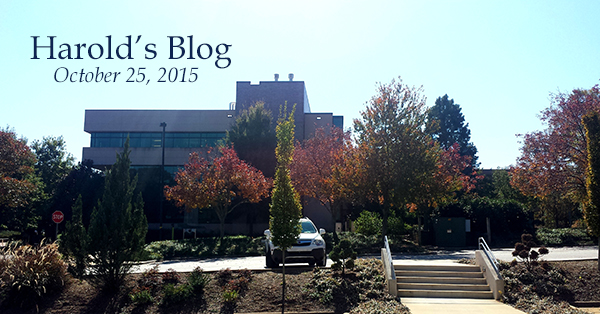 Cary, NC — This was a busy week with several long nights.

Later Monday, I met with management, administration, legal and public information to review the items on the agenda. One of the rezoning requests was for a project on Westhigh Street.

A big objection of the residents was their desire to have a connection to Davis Drive over railroad tracks. It was pointed out by staff that several attempts have failed to convince CSX to allow a crossing at that location. In fact, one developer hired a consultant who worked on that project for a year. Unfortunately, it appears that the crossing of the railroad at Westhigh will never happen.

After, I met with the interim town manager and assistant town managers. We discussed several items, but one item about a development downtown was very important. A developer has reached an agreement with the Baptist Church to share property with his development. This development proposal will include structured parking which will require a town partnership.

We should hear more about this in the coming days.

Monday night, I met with the Mayors Association. There were nine mayors in attendance. Missing from the meeting were mayors from Raleigh, Garner and Rolesville. We mostly discussed elections that have occurred or are about to occur in our towns.

Three of the mayors from Knightdale,Wendell and Apex are not seeking re-election. So we will be adding new members to the Mayors Association.

Our meeting concluded after about two hours.

Tuesday, the council held its fall mini-retreat to help staff set the budget for next year. There were three items introduced and discussed and four items brought back for discussion from a June 11 work session. Here are some notes from each of the three discussions:

Strategic Issues for the Town Budget

We went around to each council member, one at a time, to note high-priority operational issues:

Next, the council revisited items that were discussed in the June 11, 2015 work session. Here are some of the points and decisions made at that discussion:

Our work session ended after about five hours.

Wednesday, I attended the executive board meeting of the Capital Area Metropolitan Planning Organization. There were a couple of items of interest to Cary.

There was an amendment to adjust the allocation in the unified work plan for a new position in the Town of Cary’s Transportation and Facilities Group. This new Transit Planner position will assist staff in areas relating to special projects and grant coordination. The position will work in concert with all Cary Transit staff on tasks related to overall planning of the system for the future.

There was also a Memorandum of Understanding between City of Raleigh, GoTriangle and the Town of Cary for distribution of additional funding.

Thursday, the council held its second regularly scheduled meeting of the month. There were seven public hearings and eight discussion items.

The two most controversial discussion items were the Chapel Hill Road at Lake Drive rezoning and the Westhigh South rezoning. Both of these had valid protest petitions which require five out of six affirmative votes for approval. The applicants asked that these be postponed until the November 19 meeting, which was unanimously granted by council.

After the meeting, the council went into closed session where it received information from the consultant about candidates for town manager.

The council has a meeting scheduled for Tuesday to discuss these candidates and are still on schedule to announce a new town manager by the end of the year.

Emails from staff this week included a notification that, due to the construction on Academy Street, the annual Cary Jaycee’s Christmas Parade is not able to follow its normal parade route down East Chatham turning south onto Academy Street.

Town Staff consulted with the Cary Jaycee’s and determined the best parade route for 2015 will be to keep it all on Chatham Street starting at the East Roundabout as it always has begun and ending at the West Roundabout. The parade starts at 2 pm on Saturday, December 12, 2015 and generally lasts about an hour and a half to two hours. The Cary Jaycee’s will begin the process of informing businesses who will be located along this new parade route.

The Town will work to make reasonable accommodation to businesses for any special events they may already have scheduled prior to this new parade route.

Emails from citizens this week include concerns about a rezoning, a concern about volcano mulching of trees and a complaint about NCDOT’s rail repair downtown. I also received, along with council members, several insulting emails from an individual who believes that the council is involved in about every conspiracy known to man. Comes with the territory, I guess.

Next week’s activities include a meeting of the Morrisville-Cary Joint Issues Committee, a special called meeting to review information related to the town manager search, Cary Band Day and other meetings.

Well, that is all for this week. My next post will be on Sunday, November 1st. Although I have Facebook and Twitter accounts those are not the best means of communications with me. Please send all Town of Cary questions or comments to Harold.Weinbrecht@townofcary.org and email personal comments to augustanat@mindspring.com.