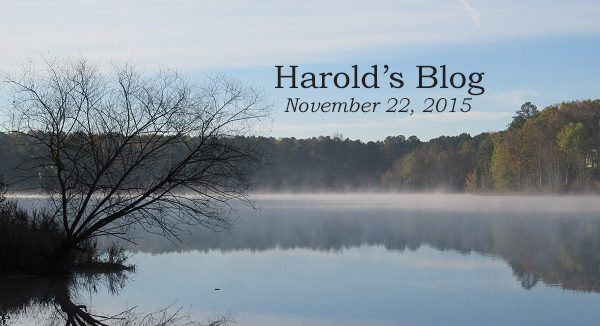 Cary, NC — This week was busy with several long nights including a long council meeting.

Later in the day, I met with management, legal, administration, public information and directors to review the agenda. Our meeting lasted about 45 minutes.

My last meeting on Monday was with interim town manager Bajorek and an assistant town manager, Overton. We talked about several items, including the Wake Transit plan, which now includes a bus rapid transit through Cary.

It is important that Cary is a key component of this transit plan.

We also talked about the first Google fiber hut that is being installed. They are not providing the town with many details about their expansion, so we don’t have a lot to share.

We also discussed next year’s Lazy Daze. As of now, we are planning Lazy Daze to be held over two days. It will be located on Town Hall campus.

Tuesday started with a photo shoot of all the council members.

These photos will be used on the website and will be hung on the wall outside the council chambers. First, there were individual photos, followed by the group photos and ending up with goofy photos by the group (a tradition we started a few years ago).

After the photo shoot, the council held a three hour work session on three topics.

The first work session topic was on the Imagine Cary planning process. We started by reviewing Cary’s first land use plan from 1996. Then, we were presented recommendations for the new process to change from a map approach to a policy-driven approach.

Council agreed with this direction. The new plan will remove the land use map and replace it with criteria that will determine what gets built. The consultant and staff went through several examples of how this will work. We will hold another work session in January to review the remaining chapters before our annual council-staff working retreat. The community will have an opportunity to review the new plan in the March/April time frame.

The final topic at the work session was on the new downtown library and the associated parking deck. Citizens of Wake County approved a bond in 2007 which provided the county funding for new libraries. These funds must be spent by 2020, and that funding includes buying books. The new Cary library will be across from the Art Center next to the downtown park. Construction is expected to begin in the spring of 2017 and to be completed in the fall of 2018. The biggest discussion on this work session topic was a parking deck.

The county will provide $1 million towards parking and anything additional would be paid for by the town. After much deliberation, the council decided to build a parking deck of about 350 spaces at a cost of $6.7 million plus and additional $450,000 for a premium facade. There are also additional costs for the entire project. The biggest disagreement between council members was on the location of the parking deck.

Two members disagreed with the location next to the park. The only other option would be to put it next to Walnut Street, which meant having a parking deck as long as a football field next to the road. Many believed that scenario would detract from what we are trying to accomplish in downtown. In addition, staff stated that private developers told them development needed to be next to the road instead of the parking deck.

Another discussion centered on creating a public-private partnership to wrap the deck with other buildings and have it at least partly built by private funding. The problem with this suggestion is that it is a big risk. We would forfeit the $1 million from the county, and then there may not be private developers that would be willing to do the public private partnership. In addition, it would mean the deck would be built at a different time than the library. I am happy with the final solution and look forward to the new library and deck.

I believe it will be a great addition to our town – especially our downtown.

One public hearing included a Unified Planning Work Plan Amendment for the Town of Cary, which was passed unanimously. This gives Cary $12,630 to develop plans for the implementation of the town’s transit plan and the collection of data.

Our meeting concluded after about one hour and fifteen minutes.

Later Wednesday, I joined council member Bush for the taping of the December episode of Cary Matters. The main topic was the council-staff mini retreat a few weeks ago to prioritize the upcoming budget. We were able to do all the segments in one take.

Thursday, the council held a regularly-scheduled meeting that lasted about five hours.

During the presentations section of the meeting, we named the recipient of the 2015 Hometown Spirit Award. This award is designed to recognize community-minded citizens who enhance the quality of life in Cary by preserving, promoting and carrying out positive small-town community values and traits. Anne Kratzer was named this year’s recipient, and I can’t think of a more deserving person. Nominees Brent Miller and Desiree Kettle are also outstanding citizens.

We are very blessed to have them in our community.

The business portion of the meeting included eight public hearings and 11 discussion items. The most controversial public hearing was a proposal to rezone 21.55 acres on the Lewter property at Carpenter Fire Station Road. The land use plan calls for medium to high density residential but the applicant is proposing a Publix. Most of the citizens spoke against the proposal and wanted to keep the existing designation of medium to high density.

Decisions made under discussion included:

My thoughts on some of the decisions are as follows:

Cary Invasion needs a place to play. However, the Herb Young center was designed as a community center and not a professional sports venue.

So, while council wants very much for the Cary Invasion to succeed, they need to limit their hours at Herb Young to give our citizens a chance to use their community center. Council did agree to give them more support this year than previously.

The connectivity ordinance continues to be a major problem with council, citizens and developers, especially as infill projects are proposed. While the approved tiered system will help with some of the connectivity issues, it will not solve the problem.

Most of the council felt that this change will help us move an “inch forward.”

The rezoning proposal at Chapel Hill Road has been ongoing for several months. After several meetings and concessions by the developer, most of the concerns were addressed.

The council approved this unanimously.

The rezoning at Westhigh also had several meetings and concessions by the developer. To me, the remaining resistance was based mostly on lack of trust, with NCDOT installing a traffic signal at Westhigh and Cary Parkway once the development is built.

While there is no doubt in my mind that existing conditions are not good, I firmly believe that the new collector road in this proposal, along with the traffic signal at Cary Parkway, will improve the situation. In addition, the proposal had the same single housing density as the properties adjacent. This was also a unanimous approval by council. After the discussion items, the council went into closed session to discuss one issue.

Friday, I had the honor and privilege of attending the tree lighting at Waverly Place.

This is the fourth year of this event, and I have been lucky to be present at all of them. There was a large crowd for this event, and everyone joined Santa and me in singing Rudolph the Red-Nosed Reindeer before the tree was lit. After the song, Santa threw a handful of magic dust at the Christmas tree, most of which landed on the band’s keyboard, and the tree was lit. 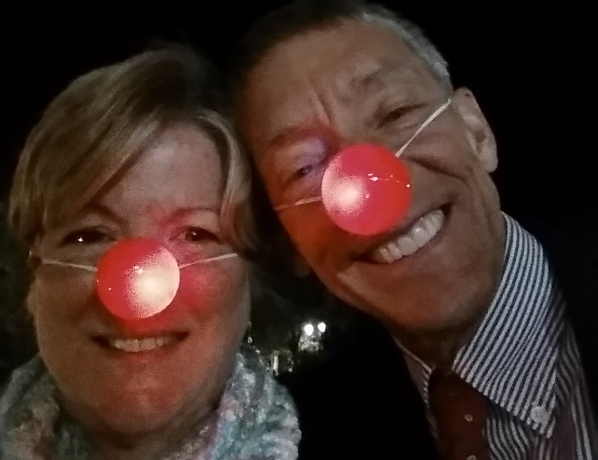 Mayor Weinbrecht and his wife, Belinda, goofing around at the tree lighting.

As Santa and I left the stage, he proclaimed that he wanted to be in the Jaycees Cary Christmas parade in two weeks. Unfortunately, I don’t control that.

Next week is Thanksgiving week, so my schedule will be very light.

The only items on my calendar are to give remarks at the Chinese Lantern Festival and to meet with the interim town manager. The rest of the week will be spent with friends, my wife and my two daughters, one I haven’t seen in almost a year.

We are planning a big Thanksgiving feast with about a dozen in attendance. I hope your Thanksgiving is full of love, peace, happiness and thoughts of giving thanks.

Don’t eat too much turkey!

Well, that is all for this week. My next post will be on Sunday, November 29th. Although I have Facebook and Twitter accounts those are not the best means of communications with me. Please send all Town of Cary questions or comments to Harold.Weinbrecht@townofcary.org and email personal comments to augustanat@mindspring.com.