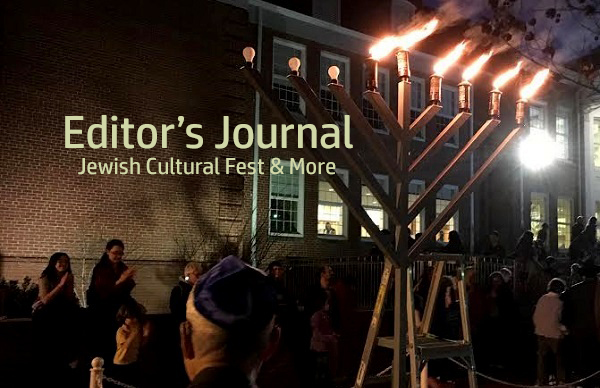 Cary, NC — We visited Cary’s Jewish Cultural Festival and the Downtown Food & Flea Holiday Market over the weekend to take some photos and enjoy the weather.

Cary’s tradition, the annual Jewish Cultural Festival, was held on Thursday, December 10, 2015 at the Cary Arts Center on the fifth night of Hanukkah. 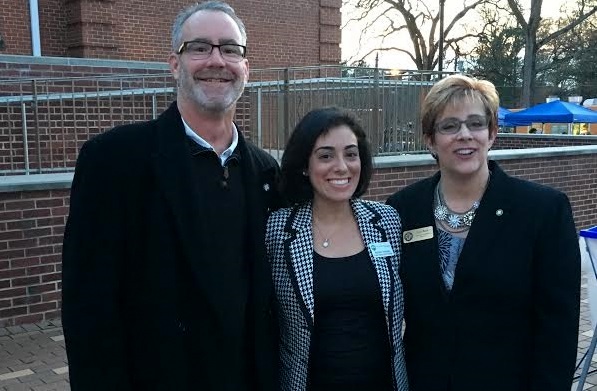 Councilwoman Lori Bush greeted the crowd after being introduced by a member of the Jewish Federation of Raleigh. She began her speech with a story:

We can only understand each other if we share in each other’s diversity and our hopes and our dreams and our missions. As many of you know, Hanukkah is about the Maccabees struggle for justice for freedom. It’s also a celebration of the belief in miracles, like the miracle of the oil that was to last a single day that lasted eight nights. The miracle that was also performed by a small band of Jews who were defeating a mighty Greek Army. Despite overwhelming odds, prejudice and hopelessness, the Jewish people found that joy and hope and perseverance could change the course of history. 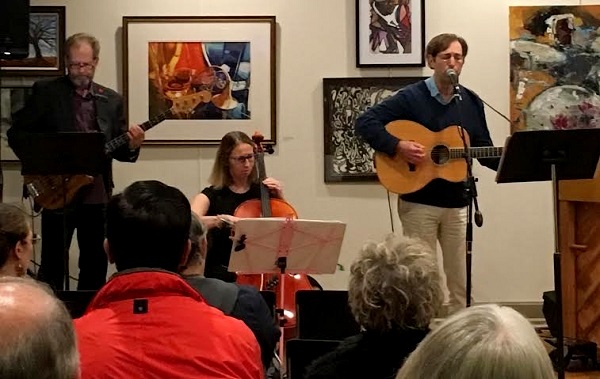 Then, the nine-foot menorah was lit, and everyone was invited inside for music and mingling. Children could make edible dreidels inside. The festival was sponsored by Jewish Federation of Raleigh, the Temple Beth Shalom, the Chabad of Cary and the Town of Cary.

The weather was beautiful on Sunday for the annual Food & Flea. 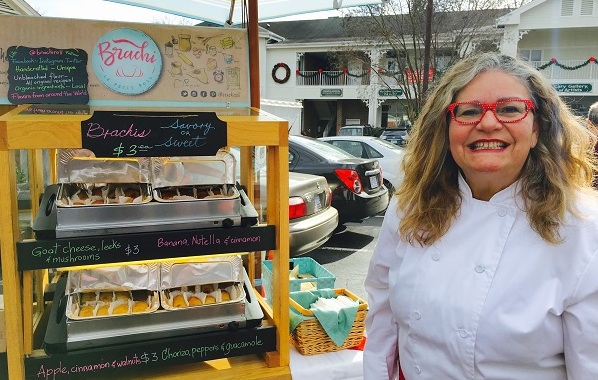 Brachi Roll, Humble Pig, Sweets By Shayda, Sluice Hammocks and Fortnight were all there. 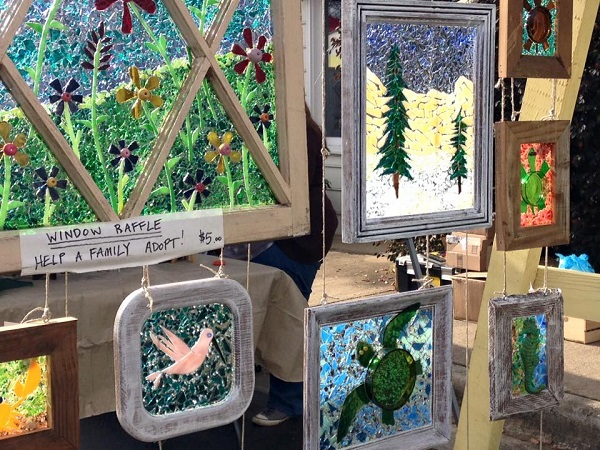 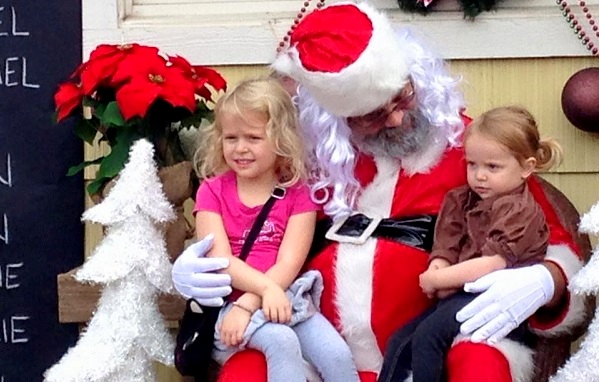 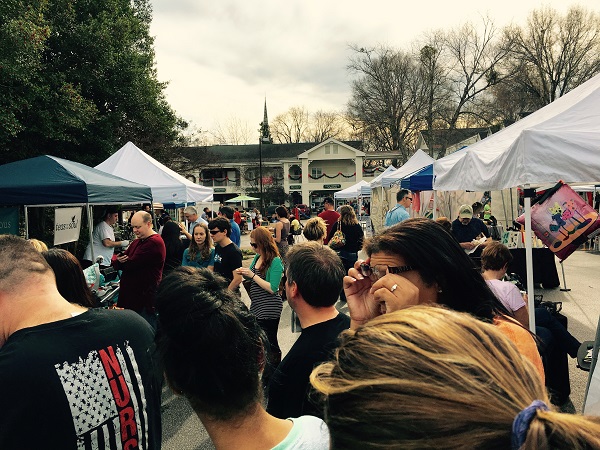