Rosie, age 11, is in the fifth grade at Swift Creek Elementary School in Raleigh.

Like many little girls her age, she takes dance classes, likes to listen to music and plays soccer and basketball. Rosie and her mother, Phyllis, are very active in giving back to their community. One of the ways they give back is by packing bags at Hope Community Church to give to homeless people in our area.

“I wanted to start teaching my daughter early about helping others,” said Phyllis. “We keep a bag in the car filled with personal items and food that we give to any homeless people we encounter. I think the way we give has really impacted my daughter, and she has become very passionate about people that are homeless, especially children. Last year at her birthday party, she collected toys that were distributed to less fortunate children at Christmas.”

A New Way to Help Others

This year, Rosie decided to do something for her birthday that would help even more people through a local nonprofit. Her family’s church suggested they go and see the operation at Cary’s Dorcas Ministries.

“As we were taking the tour, I kept hearing how Dorcas tries to treat its clients with dignity and respect,” said Phyllis. “That impressed me. I imagine it’s hard for most people to ask for help. Dorcas Ministries really seems to care about the people they serve.”

Phyllis is right. Last year alone, Dorcas Ministries provided over $600,000 in financial and food assistance to 13,466 people in Cary and Morrisville. That included help for people who were either homeless or at-risk of becoming homeless.

“GoFundMe is a nice way to put out an appeal on something you are passionate about,” said Phyllis. “We were able to use the internet to make a pitch, then put pictures up and keep our donors current on what was being raised. People can just go online and give. We even had a cousin in Scotland contribute!”

Rosie didn’t even think they would be able to raise a thousand dollars, but they raised that in one week! 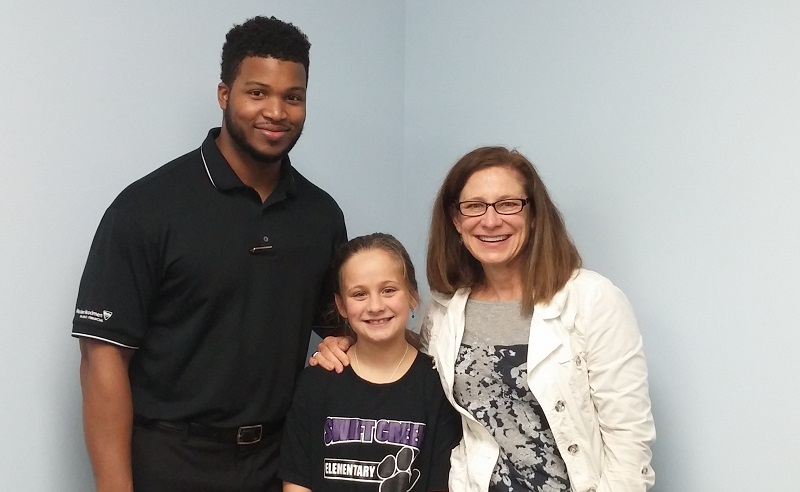 As an added benefit, when Jared Hart, Fraternal Development Manager at Modern Woodmen of America, heard of the campaign, his company matched the amount raised, bringing the grand total to $5,000. Rosie has indicated she will continue to help Dorcas Ministries. “I think you guys are awesome,” she said. “I was happy to help!”

Learn more about Dorcas Ministries in our previous stories:

Home: Protecting Your Roof from Birds