Cary, NC – The birds are fluttering and the green shoots are poking up from the ground. Must be time to clean off the grill and fire up a hot mess of sausages. For your culinary pleasure: Top 10  Sausages for Spring Grilling.

A History of Sausages

Sausages are one of the world’s oldest prepared foods. Homer mentions sausages in the Odyssey:

“As when a man besides a great fire has filled a sausage with fat and blood and turns it this way and that and is very eager to get it quickly roasted. . .” – Homer, the Odyssey

Sausages pop up in Ancient Rome, Constantinople and Medieval Europe. The word “sausage” comes from the Latin “salus” meaning salt, a key preservative ingredient in a time before refrigeration. 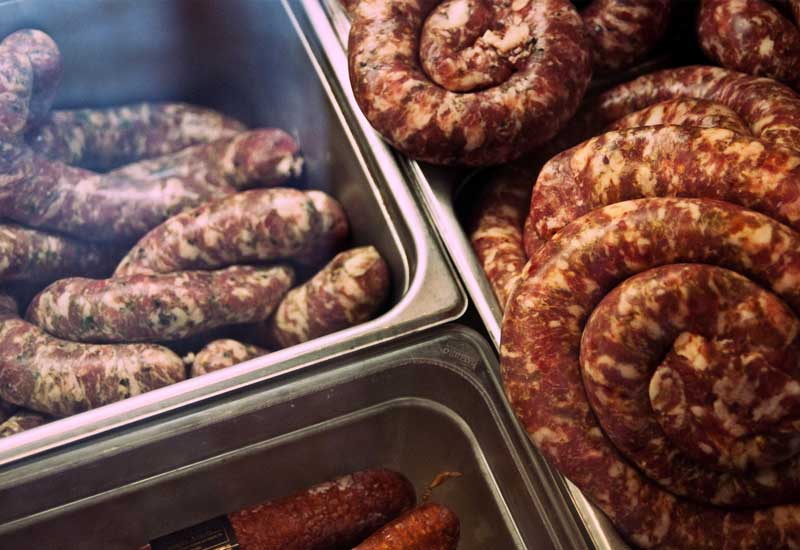 Here is our Top 10 List of Sausages for Grilling. All are fresh sausages (see above) and must be cooked completely before consumption.

When it comes to American food preferences, the Hotdog is #1. Varieties include all-beef, beef and pork, Lite, chicken hot dogs and vegetarian dogs. Red hotdogs are popular in the South – you can get them at Ashworth Drugs in downtown Cary.

Dress up your dogs with chili, sauerkraut or cheese.

After hot dogs, Italian Sausage is a perennial favorite for Spring grilling. The most common varieties are Sweet (generally containing garlic and fennel) and Hot (adds a kick of fire with some crushed red pepper flakes).

Brats, or Bratwurst, are a German-style sausage. They are made from veal, pork and beef. Some include spices like marjoram or a touch of white white. In Germany, you can find more than 40 types of Bratwurst.

Serve on a white roll with strong mustard and potato salad.

Kielbasa is a Polish sausage. Most often, it is made from pork and smoked.

Slit them length-wise and grill them face down. Chop into chunks and serve with pierogi.

Knockwurst is another German sausage. It’s kind of like a big hot dog, but with a more pronounced flavor of garlic. 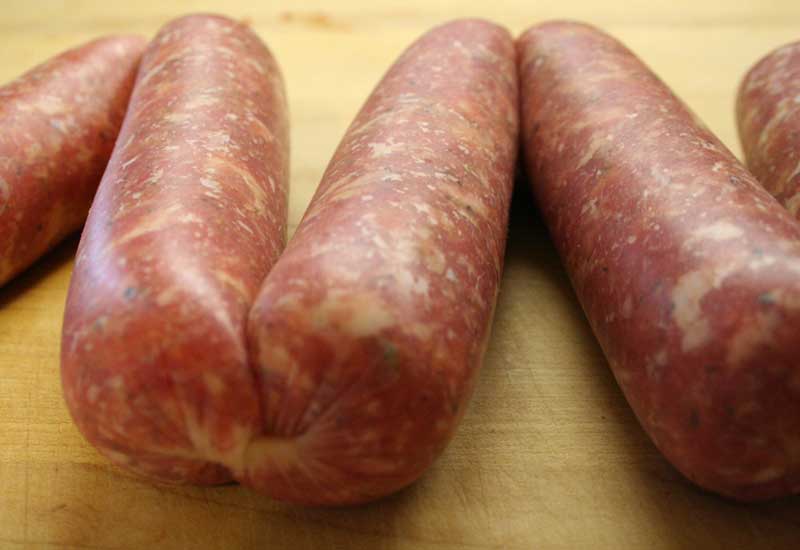 Hóng Cháng is a popular European-style sausage in northern China, similar to kielbasa. Suitable for grilling, it can be found in Cary at Grand Asia and SMart.

Lap Chong is a dried sausage popular in southern China.

Sundae, also called Soondae, is a popular street food in Korea. Many varieties exist including blood sausage, fish and soybean sausages. Serve it with your favorite hot sauce or with gochujang, a spicy and savory Korean condiment.

Merguez is a spicy North African sausage made from veal, mutton or beef. It is flavored with cumin, chili peppers and harissa, a chili paste.

Merguez is a perfect grilling sausage, popular across the Mediterranean and France.

The British love their sausages, and Bangers has become the shorthand for any English tubed meat.

Weisswurst is a white sausage made from veal and pork. It’s hard to find Weisswurst in the United States; Vienna Sausages are like a cocktail-frank version of a true Weisswurst.

Once, I had a White Hot Dog at a Milwaukee Brewers game. It was a mild sausage served with sweet relish.

If you really want to kick the party up a notch, scope out some sausage made from wild game, like venison, duck or goose. A specialty butcher shop might be your best bet. 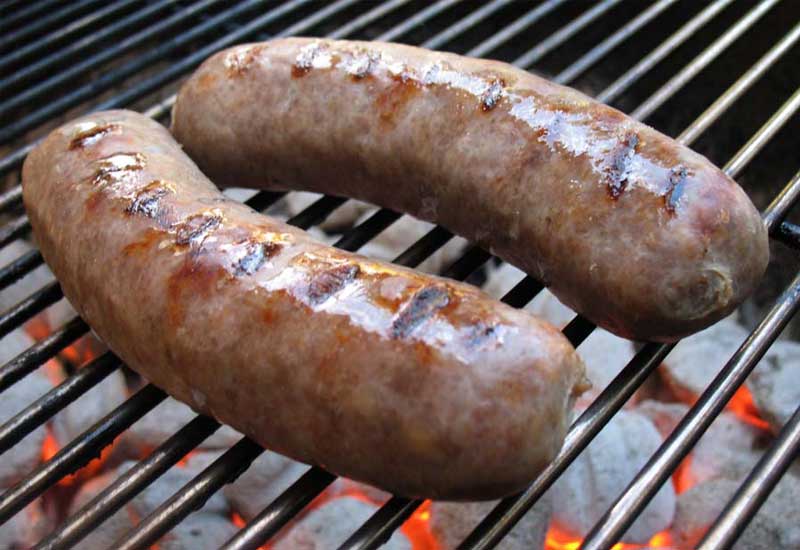 Cooking Sausages on the Grill

Simple rule: don’t let the flames shoot up under your sausages.Nobody likes a burnt sausage.

Some folks par-boil the sausages before grilling. This is an effective method for rendering much of the fat that seeps from the links and causes the fire to flame up under the food.

Indirect cooking on the grill is also effective. Definitely move your sausages to a cooler part of the grill if the flames start shooting up.

Keep the links moving and turning until you get a nice golden brown color and the sausages have shrunken by about 25%. 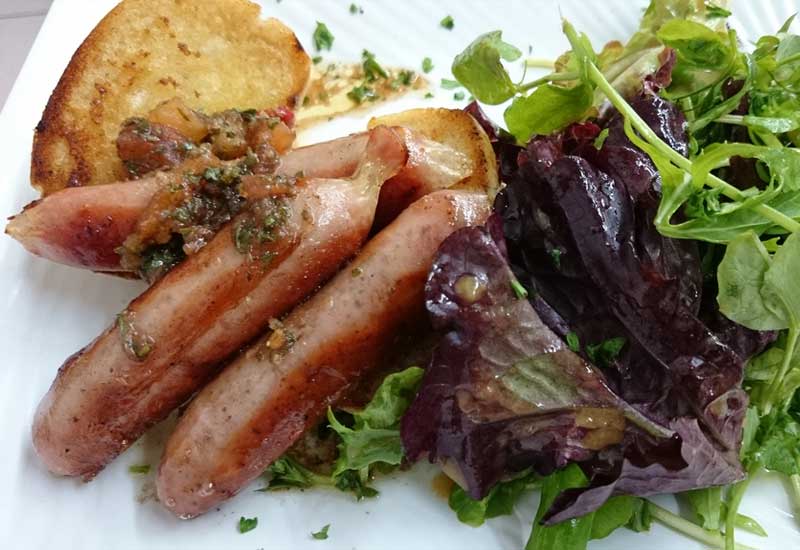 Sources around the world list more than 400 varieties of sausage.

The greatest variety are flanker products to the most popular styles, for example, Spicy Chicken Italian Sausage from Trader Joe’s. You can find sausages with pesto, Sriracha, bourbon or half a hundred other ingredients.

Vegan and vegetarian sausages are a big growth category.