Cary, NC – Anyone who lived in the area at the time knows the two American Eagle flights that crashed in Cary and Morrisville more than 20 years ago. Now, with the memorial dedication this weekend, community members will have a chance to reflect. 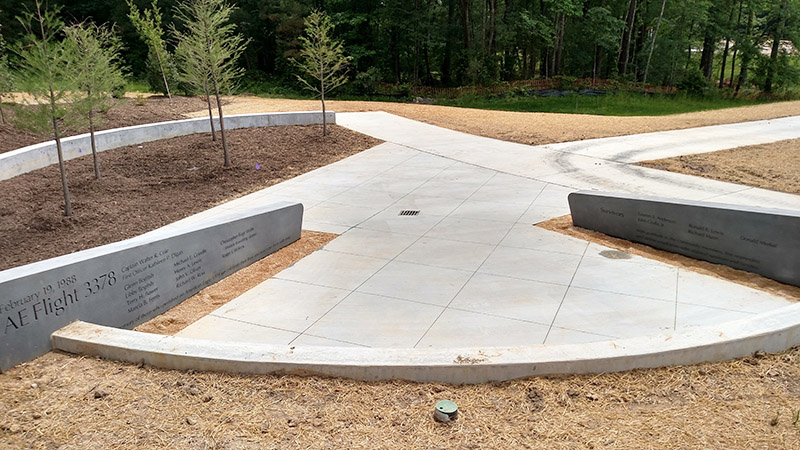 The Saturday, May 14, 2016 memorial for those in the crashes of American Eagle Flights 3378 and 3379 is located in Carpenter Park. The park itself is still being built but the two stone wing-shaped slabs with the names of those on both flights written on them is already there, with trees and bushes being planted around. Construction of the park started March 2015 with the plans for the memorial starting in 2014.

The memorial is privately funded with money raised through the Family Assistance Foundation but the park itself is part of a community investment bond approved by Cary voters. When completed, the park is set to feature a playground, garden, athletic courts and more.

Flight 3378 crashed in February 1988 at RDU Airport and Flight 3379 crashed in Cary in December 1994, four miles away from the other crash site. 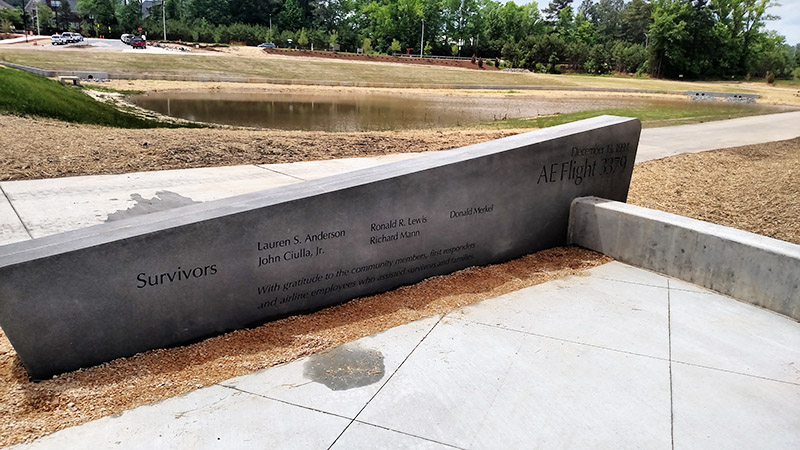 Those who wish to attend the memorial are asked to RSVP in advance by sending an email to dede.young@fafonline.org or calling 404-881-2895. 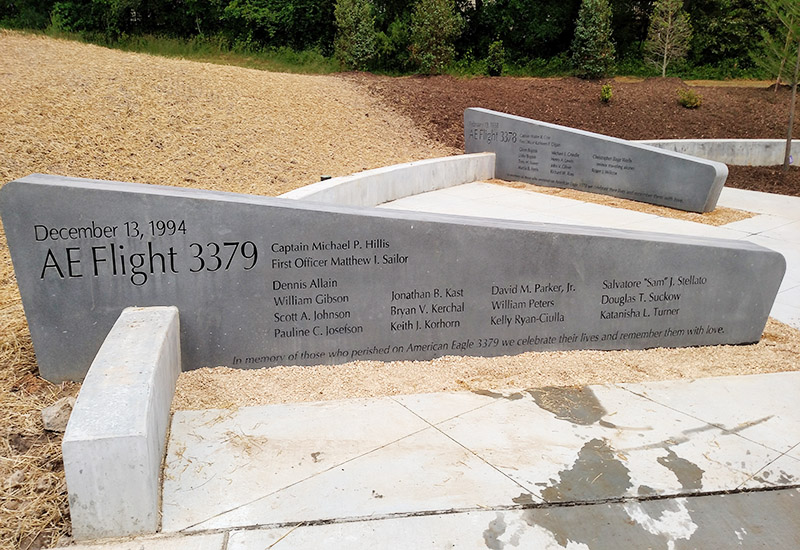