Cary, NC – Downtown Cary’s extensive project to repair and improve Academy Street is moving into the final stretch but this means new closures and detours starting this week.

As of Monday, May 16, 2016, the intersection at Academy and Chatham Street is closed during the night. Starting at 7 PM, the intersection will be blocked off for construction crews until 7 AM the following morning.

In addition, the entire intersection will be closed all day Saturday, sealing off at 7 PM on Friday and not reopening until 7 AM on Sunday. 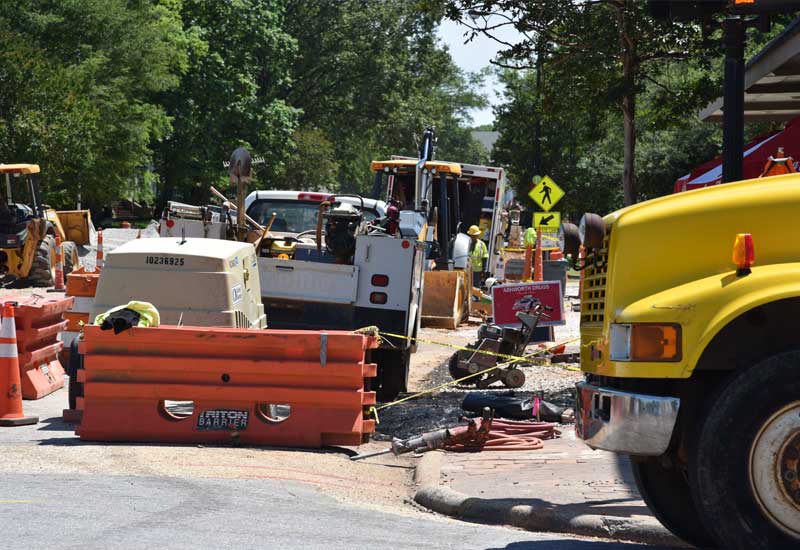 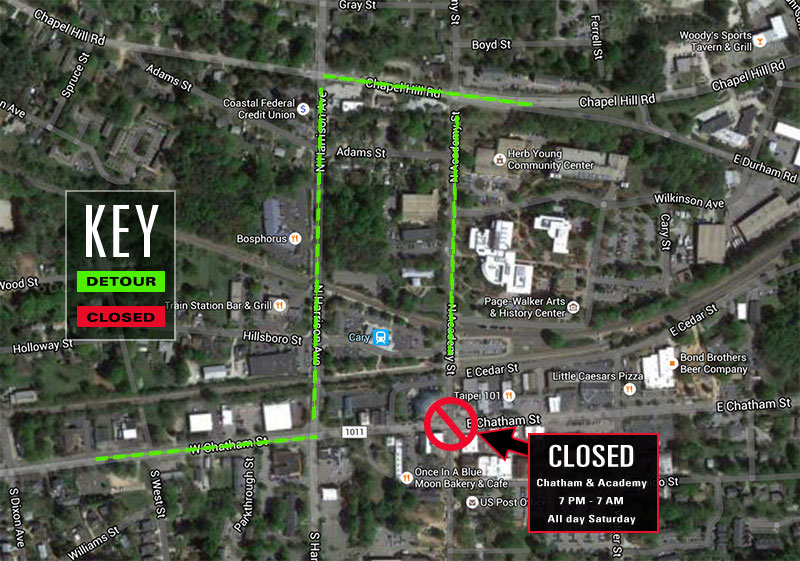 When the Academy/Chatham Street intersection is closed, Hubert said traffic will be diverted through Harrison Avenue and Chapel Hill Road.

In the meantime, the other intersections along the south end of Academy Street are set to open soon, with Hubert saying he is more optimistic about the Academy/Dry Street intersection allowing regular traffic to return.

The other intersection opening up is Academy/Page Street, which is set to reopen in late May or early June. 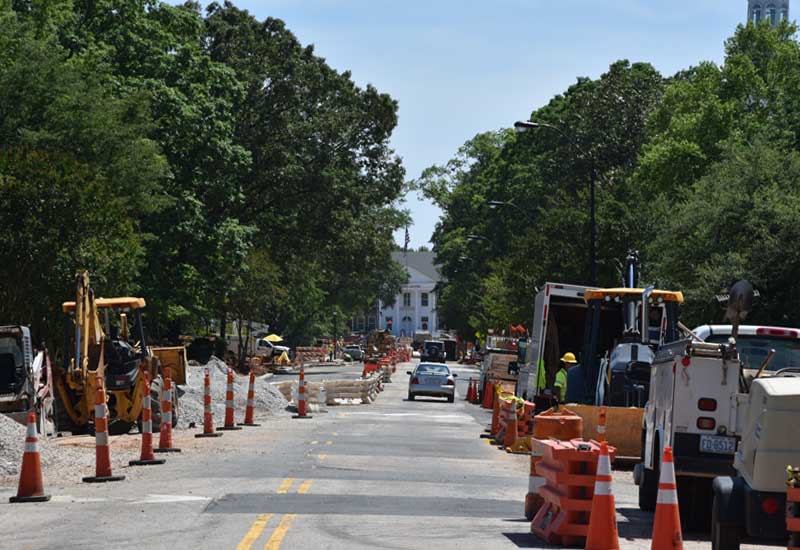 Story by Michael Papich. Photos by Hal Goodtree and from Google Maps.

Fest in the West Moved To Sunday