Cary, NC – Most people never get the chance to speak before Congress, but for seven-year-old Cary resident Scott Lenfestey, this was his second time giving a speech at our nation’s capital to push for more funding for childhood cancer.

Speaking to Congress at Seven

Scott went with four other survivors of childhood cancer to be spokespersons for the St. Baldrick’s Foundation during Childhood Cancer Action Action Days, Monday and Tuesday, May 16-17, 2016.

He and others spoke to advocate for the Childhood Cancer STAR Act, a bill to increase funding from the National Institute for Health on childhood cancer and look into new treatments.

When Scott was three, he was diagnosed with acute lymphoblastic leukemia.

“I know that I’m one of the lucky ones and I lost friends along the way,” he said. “So I want people to know that I speak for others.”

Scott also gave a speech in Washington, D.C. last year when the STAR Act was first introduced and said his friends and family have helped him craft what he wants to say.

“They had me read my speech over and over so I got practice and then find what I need to edit,” he said. “They usually help me to focus.” 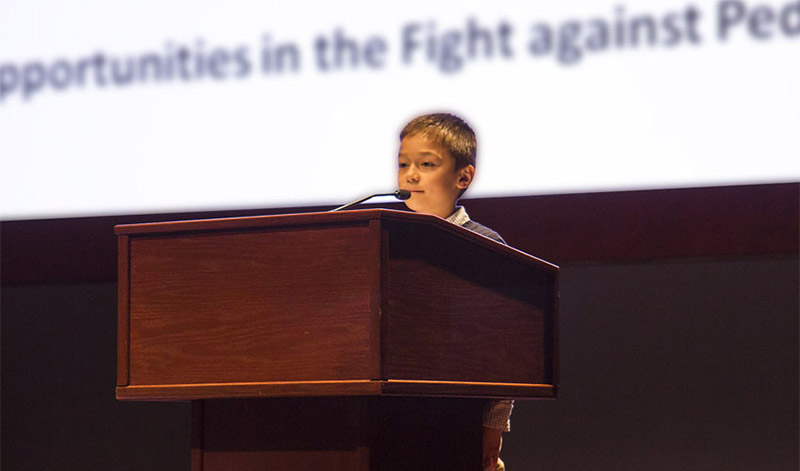 “When Scott was diagnosed, our lives were turned upside down. Nothing could have prepared us,” Lenfestey said.

Childhood cancer is the leading cause of death among children in the United States but it receives less than 5 percent of total federal cancer research funding. Cancers that affect children are different than those for adults and so are treatments, with different molecular targets and children’s bodies metabolizing medication at different rates.

“We are really fortunate to be on this side and with all of the friends Scott made not making it here, it provided motivation for us to push for change,” Lenfestey said.

Lenfestey said even though Scott is currently in remission, two-thirds of pediatric cancer survivors have serious health problems later in life, including cognitive impairments or new cancers developing.

Currently, the STAR Act has 209 co-sponsors in the House, include three representatives from North Carolina, meaning it is close to a 218-vote majority.

“This is not a political issue. This is a children’s issue,” she said.

Also among the childhood cancer survivors who spoke was seven-year-old Phineas Sandi from Chapel Hill. 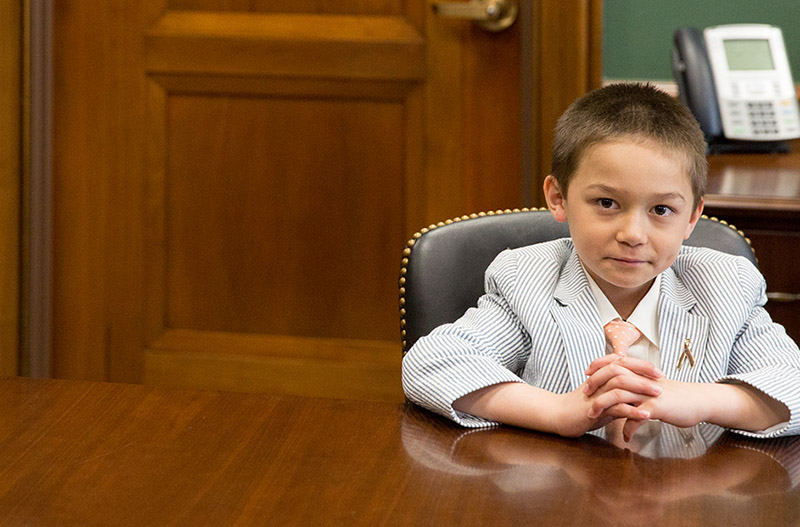