Cary, NC – This was my first week back after a two week vacation with the family. We celebrated my 60th birthday and spent time at the beach.

Sunday after I returned to Cary I attended the Green Hope High School graduation in downtown Raleigh. I was able to witness over 600 graduates including two of my Sunday School students and several friends’ sons and daughters. Council member Bush, who has been a friend of mine before I was mayor, got to hug her son after he received his diploma. What a special time for them.

Monday night the council held a work session on the budget to go over items that we asked to review with more information. At the work session the following decisions were made:

Tuesday I met with the Deputy Town Manager for our weekly one on one meeting. The meeting didn’t last long and included discussions about the budget and the hotel/meals occupancy tax.

Wednesday I attended a meeting of the Capital Area Metropolitan Planning Organization’s Executive Board (CAMPO). Most of the meeting was spent discussing issues with Locally Administered Projects Program (LAPP). This is used to prioritize and program all projects in the region that will utilize federal funding. Distributing this type of federal funding is the responsibility of the CAMPO and includes things like local roadway, transit, bicycle and pedestrian projects, and will result in an annual program of projects in the Transportation Improvement Program. Since it was established in 2010 the federal government has rescinded projects programmed that did not utilize funding. This has only happened once and resulted in a $50+ million dollar loss of funding. Currently most of the CAMPO projects that have been OK’d for funding have not reached a point they can receive funds. This leaves unobligated funds that are at risk of once again being rescinded by the federal government. Reasons for not being ready for funding include unexpected environmental approvals, lack of local funding, and project manager changes that result in requirements not being met. I plan to talk with our staff about projects that we may have at risk.

Thursday the council met for its first regularly scheduled council meeting of the month. There were 11 consent items, 3 public hearings, and 2 discussion items. Most of the speakers spoke during the budget public hearing. The 2 discussion items were on the Cottages at Wellington rezoning. Council members stated that they weren’t excited about the Wellington proposal but acknowledged that the owner had the right to developer their property and there weren’t better alternatives. Council member Smith, who represents the district, voted no and all others voted yes. The meeting concluded after 36 minutes which is highly unusual.

Friday I participated in a meeting of the North Carolina Metro mayors. The meeting was spent going over current bills being considered in the legislature and the negative impact it will have on municipalities. It was also pointed out that the session is close to ending so local bills will need to be put on the fast track. Our meeting lasted about 30 minutes.

Saturday I attended a Project Phoenix event on Wrenn Drive. Project Phoenix is designed to help residents, owners and rental property managers keep drugs and other illegal activity off their property through education and community involvement. To find out more about project Phoenix go to https://www.townofcary.org/Departments/police/Community_Services/projectphoenix.htm.

This event included all kinds of activities for children and adults. It was well attended by about 1000 people from the neighboring apartment complexes. I introduced council members in attendance, gave a few remarks, and thanked those in attendance for being there and being involved in their community. I enjoyed talking to those present and stayed for about an hour. 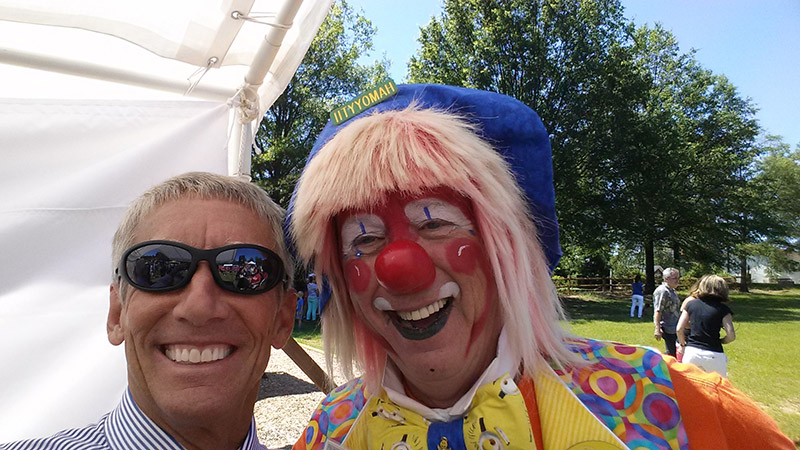 Later Saturday I attended the ribbon cutting event for Gigi’s Playhouse in the Swift Creek Shopping Center. There were several hundred people in attendance. GiGi’s Playhouse is a one-of-a-kind achievement center for individuals with Down syndrome, their families, and the community. GiGi’s Playhouse offers more than 30 therapeutic and educational programs that advance literacy, math skills, fine and gross motor skills and more; all of which are free of charge. They serve infants through adults with programs that are created by professional therapists and teachers who generously donate their time and expertise. All programs are based on learning styles specific to Down syndrome, and customized to ensure individual success. GiGi’s Playhouse is headquartered in Hoffman Estates, Illinois; with nearly 30 locations throughout the United States and Mexico. At this event I gave a few remarks along with my good friend Mayor Sears of Holly Springs. Then I toured the facility and had my picture made with the directors. I talked with a lot of folks who all seemed to be having a great time. I was too and even did a selfie, clowning around with the clown in attendance. Gigi’s Playhouse is a great addition to our community and will serve our residents well. If you can give your time and talents for this worthy cause I would urge you to do so.

I received lots of emails from citizens this week and while I was on vacation. Some of the topics included:

Next week’s activities include a Mayor’s Association meeting, a dinner with visitors from France, a council work session, staff reviews (council’s staff is the town manager, town attorney, and town clerk), and a quasi-judicial meeting.

Well, that is all for this week. My next post will be on Sunday, June 26th.  Although I have Facebook and Twitter accounts those are not the best means of communications with me. Please send all Town of Cary questions or comments to Harold.Weinbrecht@townofcary.org and email personal comments to augustanat@mindspring.com. 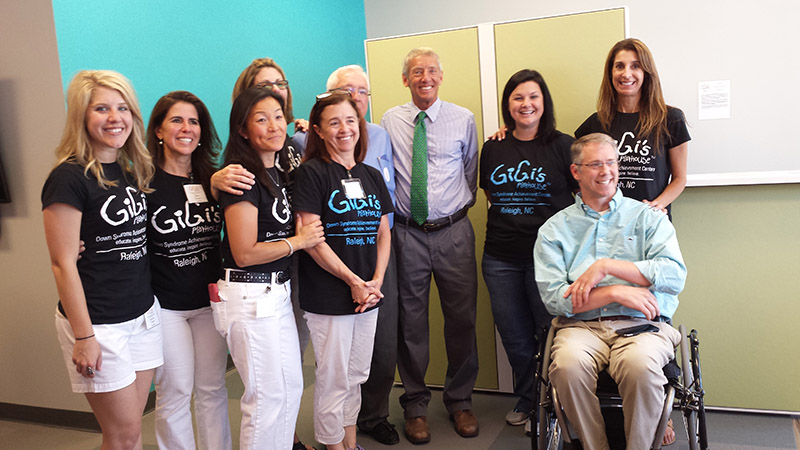 Cary Mayor Harold Weinbrecht with Holly Springs Mayor Richard Spears and the board of directors for Gigi’s Playhouse.

Cary Native Elected to UNCP Board of Directors