Morrisville, NC – The Town of Morrisville now has its new police chief on the job as Patrice Andrews was officially sworn in, replacing past chief Ira Jones and interim chief Felicia Sykes. 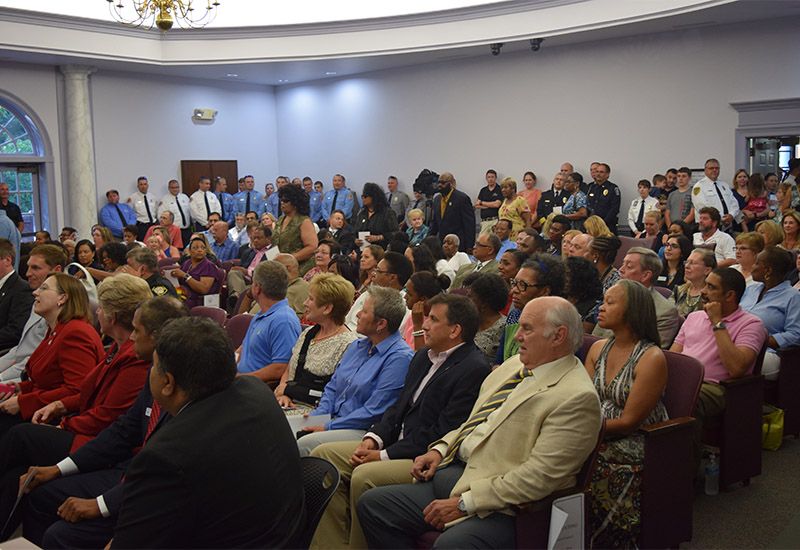 At a swearing-in ceremony on Thursday, June 16, 2016, Andrews took her new job at Morrisville’s town hall council chambers. Andrews was appointed to the position on Monday, April 18, 2016. Andrews had already started working in early June with a private oath-taking, with this one being more for, as Andrews put it, “pomp and circumstance.”

“I can’t believe I was the same girl from Chapel Hill many years ago, the same girl who, at 22, took a risk and responded to an ad in the paper, when you could actually open the paper and read it, seeking Durham police applicants,” she said. “But I realize I’m not that same girl. I stand before you a woman that’s had many experiences, learned many lessons and risen through the ranks to be where I am today, and I deserve every bit of it.”

Before taking her post in Morrisville, Andrews was a commander in the Criminal Investigations Division of Durham’s police department and worked for the Durham police for nearly 20 years. She also graduated from the West Point Leadership Academy in 2011 and completed the FBI’s National Academy training.

At the ceremony, Andrews spoke on the issues related to the growth of both Morrisville and its police department and wanting to avoid over-policing while also giving the department more resources.

“You can reorganize your departments, you can add ranks. I do share those concerns, but the fact that the town manager recognizes that, as well as the council, goes a long way to helping me transition and plan for the future,” she said.

Andrews is the first female police chief in Morrisville, not counting interim chief Sykes, who was awarded with Officer of the Year for her service as interim chief. 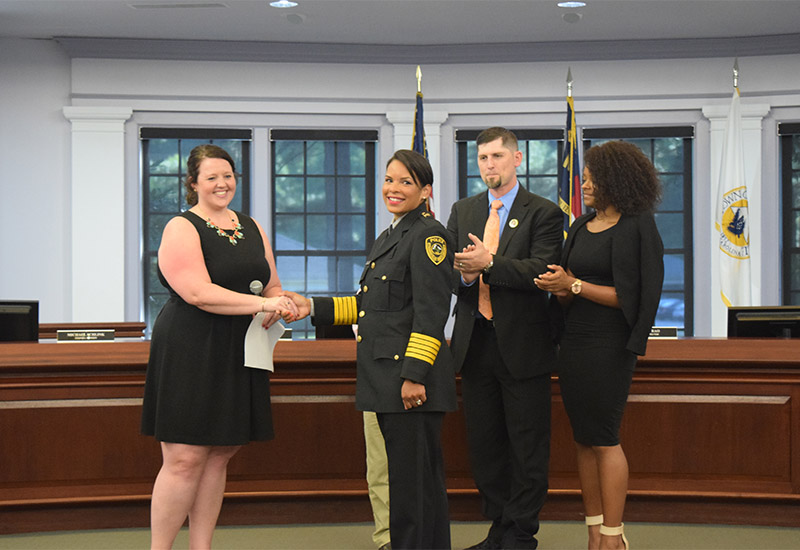 Story by staff reports. Photos courtesy of the Town of Morrisville.

All Dementia Is Not Alzheimer’s
Scroll to top