Cary, NC – The Cary Town Council heard public comments on the budget for the final time before voting for the next fiscal year, leading to a brief meeting on Thursday, June 16, 2016.

Note: At-large Representative Lori Bush was not in attendance at this Thursday, June 16, 2016 meeting. 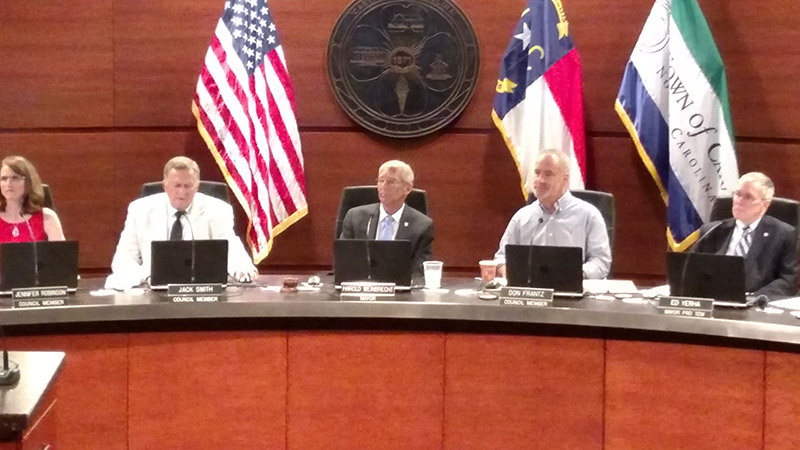 At this Thursday, May 26, 2016 meeting, Town Council allowed residents to speak on the proposed budgets. Echoing a sentiment from the last meeting, one speaker urged for the town to fund facilities in West Cary, pointing out how that region is cut off by barriers of highways and more facilities, such as a YMCA or community center, could incentivize other Caryites to visit the West.

Other speakers asked for funding for their respective non-profits, including the Poe Center for health education, the Carying Place, which teaches work and life skills to homeless families and provides transitional housing and Project Unify, which gives disabled and non-disabled students in schools more opportunities for interaction in classes and sports.

In the beginning of the meeting, Interim Town Manager Mike Bajorek and Budget Director Karl Knapp announced that Cary has more revenue than projected, leading to a surplus of close to $4 million.

No other votes at this meeting saw any debate, nor was there any public comment during the Public Speaks Out segment. Aside from a unanimous vote to implement the new Economic Development Plan, the only other item that took up time on the agenda was a rezoning of some land at the Wellingborough Drive and Tryon Road intersection to turn into a residential neighborhood.

However, it was clear from the rare 5-4 split in the Planning and Zoning Board’s vote for recommendation that this was not an easy decision. Planning and Zoning Board Chair Mark Evangelista said, while those in favor thought the proposal was as consistent as it could be, there were still traffic concerns about building a neighborhood so close to a busy intersection.

“There was a lot of sentiment that this is being shoehorned in where it does not fit,” Evangelista said. 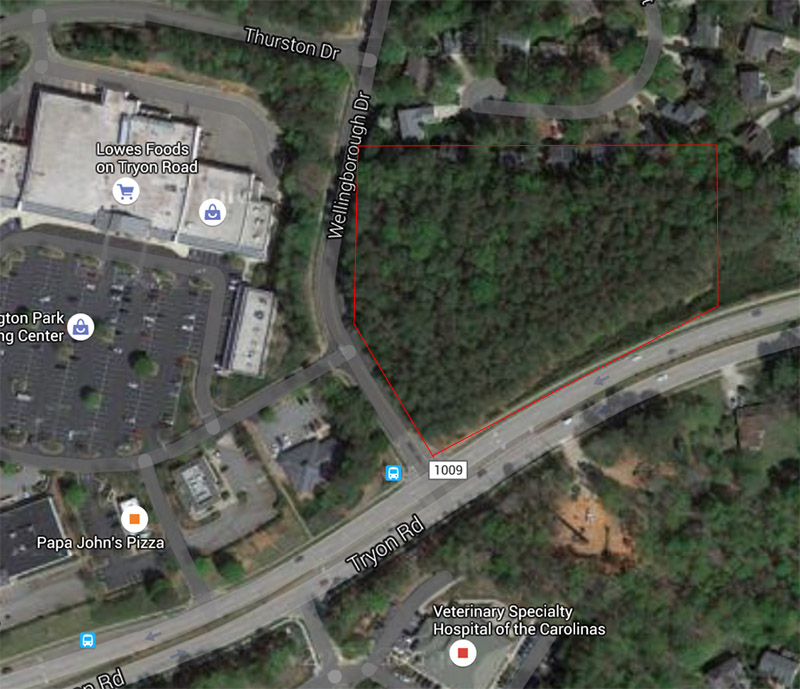 The proposed site of the residential development.

The plan has been changed since its initial pitch, shrinking the number of units down to 13 and changing the street running into the neighborhood from private to public.

Councilmember Jack Smith said he has rarely seen opinion split down the middle as it is with this development and added that he is not a fan of the proposal.

“It’s not very exciting but at the same time, I struggle to see what the alternative would be,” Smith said.

Councilmember Don Frantz also had concerns about traffic but said if the development were commercial instead of residential, that would only increase problems with traffic.

“I can think of things to go here that could be worse,” Frantz said.

“If people want to live there, it’s their choice if they buy a house on a busy road,” George said.

The rezoning was passed with only Smith, who represents the district the neighborhood would be in, voting against it. 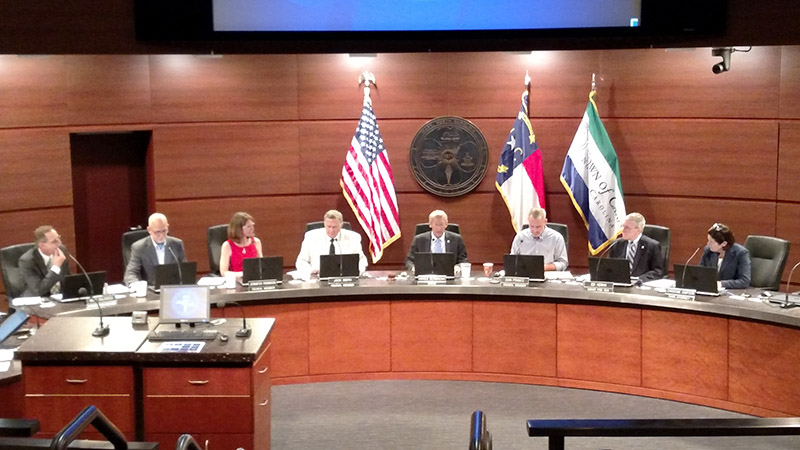