Cary, NC – The Town of Cary is currently looking into giving the White Plains cemetery in Maynard Oaks a historic landmark status. That makes this a good time to talk about the man behind that family cemetery who is also buried there, Nathaniel Jones of White Plains.

Nathaniel Jones of White Plains added the extra descriptor to his name to differentiate himself from another man, Nathaniel Jones of Crabtree, who built one of the town’s oldest standing buildings, the Nancy Ann Jones House.

Jones was a farmer in Cary and named his land White Plains after the wide swaths of cotton he grew. His land was large and valuable and was at one point considered for the state capital in 1792. This location was not chosen but the placement of Jones’ land, and by extension Cary, in between Raleigh and NC State has ended up benefiting the town greatly.

Jones would go on to expand his land to much to East Cary, with more than 10,000 acres by the time he died. This land included a gristmill and a distillery, extending all the way to Macedonia. With so much land, it is now home to many familiar sites in town, such as the White Plains United Methodist Church and Cary High School. 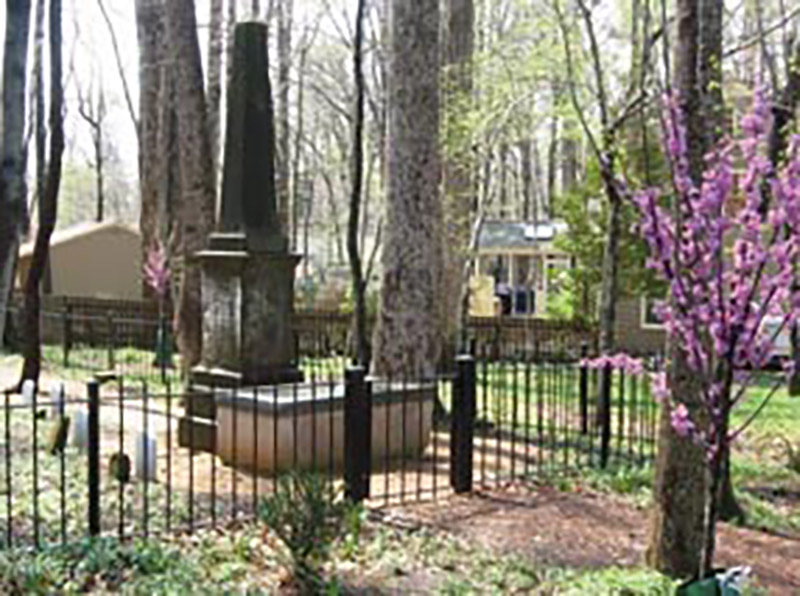 Throughout his life in Cary, Nathaniel Jones was part of many major historic moments. He was a justice in the early days of the United States, serving on the Court of Pleas and Quarter Sessions for Wake County, which served as a tribunal during the War of Independence.

Beginning in 1777, this court made the case for Wake County to join with the larger North Carolina state government and support their efforts. And if someone refused, “he was forthwith ordered to leave the county and State.”

Jones also made a statewide name for himself when he died in 1815. His will asked that everyone who was enslaved who worked on his plantation be freed. It would be decades before the Civil War at this point and no enslaved person could legally be freed in North Carolina. Jones’ action was almost entirely unheard of.

His will made a long case for emancipation but among the things he wrote was that “every humane person, be his colour what it may, is entitled to Freedom when he or she or they arrive at mature years” and added “I wish to die with a clear conscience that I may not be ashamed to appear before my master in the future world.”

Jones is buried in his family cemetery, now White Plains cemetery in Maynard Oaks. While Cary is looking into making the cemetery a town historic landmark now, little was done in terms of restoration until 1989 but investment has continued since then and it has remained a sight of historic interest to the community. 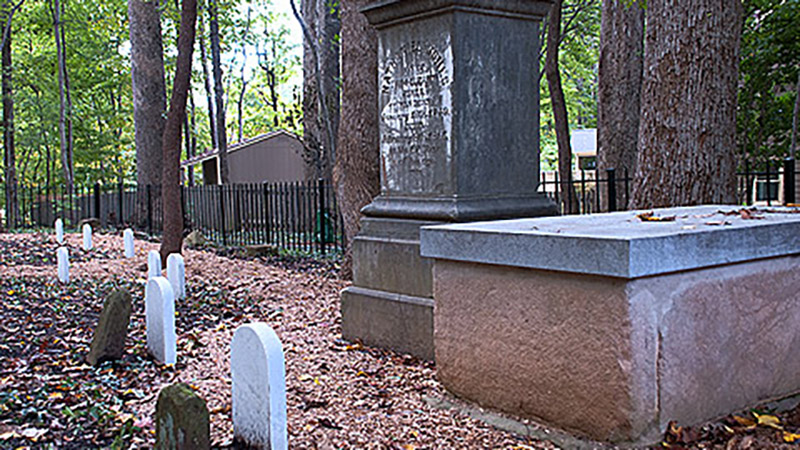 Story by Michael Papich. Sources: “Around and About Cary” by Thomas M. Byrd and “Literary and Historical Activities in North Carolina, 1900-1905″ by the North Carolina State Dept. of Archives and History.