Cary, NC – This week’s highlight was the swearing in of Cary’s new town manager.

Monday started with the weekly meeting of the town management staff. This includes the Deputy town manager and the two assistant town managers. We talked about several items which included: how HB2 is impacting Cary, a development proposal with incentives that may change, the downtown parking deck art, and council member issues. Our meeting lasted about 35 minutes.

Later Monday I met with a downtown property that wants to change her historic landmark to exclude vacant property behind her house. This will probably come to council at a later date since it was the council that designated it an historic landmark.

Tuesday I did a taped interview for the USTA National Community Tennis Association of the year which happened to be the Western Wake Tennis Association (WWTA). The WWTA is the umbrella organization in western Wake county for all USTA, WTT, local and JTT leagues as well as community tennis programming and events.  It is their mission is to promote the game and spirit of tennis in western Wake county through awareness in the communities by facilitating adult, junior, and special need leagues, programs, and tournaments.

The WWTA continually works with the USTA, local tennis organizations and clubs, and local government municipalities to respond to the needs of our tennis community and environment. This is a huge honor for the WWTA and our community. The interview will be part of a video that will be presented at the awards ceremony in New York City in September over the Labor Day weekend. Way to go Western Wake Tennis Association! 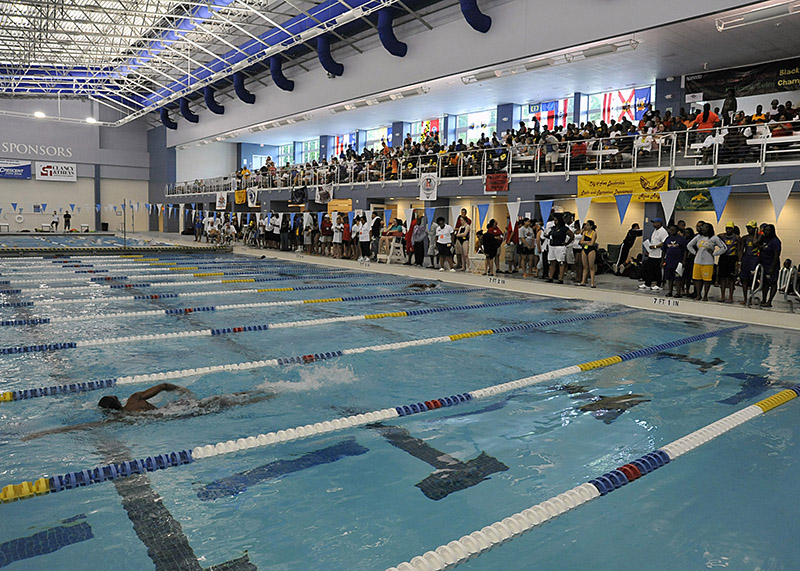 Wednesday I joined the Director of Parks to meet with a gentleman promoting the Women’s Minor League Basketball Association in Cary. This league would play their games during the summer months. They are currently organizing and plan to have their first season next summer. The purpose of this meeting was to gauge the town’s interest. There will be future meetings between the town’s park staff and this gentleman to talk about the specifics.

Later Wednesday I joined Mayor Pro-Tem Yerha in a meeting with the owner of the Triangle Aquatic Center (TAC) to discuss the possibility of bringing the U.S. national diving training center to Cary. This would require participation from several groups to become a reality including the town, the county, the national diving foundation, and TAC. We also discussed the preliminary plans of the Eastern Gateway and how that would impact the TAC site and future plans to build a diving center. Our meeting concluded after an hour. 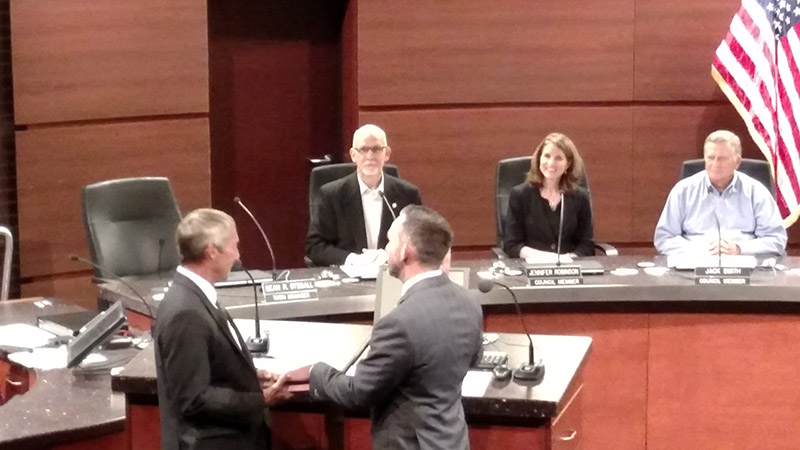 Thursday I had the honor, privilege, and pleasure of swearing in Cary’s new town manager Sean R. Stegall at a special meeting of the town council at 7:45 AM. I called the meeting to order, joined Sean at the podium, made a few remarks, gave him the oath, and then joined everyone in a standing ovation. Sean then made a few remarks which we applauded and then the meeting was adjourned. Six council members and several dozen people were in attendance even at such an early time. Welcome aboard Sean!

Later Thursday the council held a quasi-judicial hearing, a closed session, and a work session.

The quasi-judicial hearing was for a storage facility on Chapel Hill Road near the intersection of Chapel Hill Road and NW Maynard Road. A quasi-judicial hearing is a formal hearing very similar to a court case. That is, we can only hear from experts and only consider evidence. Although several residents near the proposal spoke and complained, their conclusions could not be considered. The proposal was a very high end storage unit with humidity and temperature control. But these were not presented as conditions so the council asked to applicant to include these conditions. While the applicant worked on the conditions and wording the council recessed the quasi-judicial meeting with the intention of returning later in the evening. During the recess of the quasi-judicial hearing the council held a closed session and then a work session before returning later in the evening to hear conditions offered by the applicant. The proposal passed 4 to 3 with my vote being one of the dissenting votes. I believe storage units, no matter how nice, should be in industrial areas and away from homes.

The closed session was to hear an economic development proposal. And since it was a closed session I am not allowed to discuss anything about it. However, I can say that Cary continues to draw interest and be very competitive in bringing jobs to the area. The closed session lasted about half an hour.

After the closed session the council held a work session to discuss council calendars for 2017. It was decided that there should be no exceptions in the schedule for council member vacations or other known absences. Personally, this means I will miss a meeting when I work at the Masters at the beginning of April. In addition, council stated that regular meetings should continue to be held on the 2nd and 4th Thursdays of the month with three exceptions: July, November, and December will have just one meeting. Council quasi-judicial meetings will be the 1st Thursday of each month. Work sessions will be on the 2nd Tuesday of the month. Exceptions will be made for town and religious holidays. The hope is that this will make meetings more predictable for the public.

After council finished the work session we returned to the chambers and reconvened the quasi-judicial meeting which I mentioned earlier. The evening finally ended after about four and a half hours. Whew!

Saturday I joined council members, management, department directors, and significant others in a pig-pickin to welcome our new town manager. There were over 50 people in attendance as we enjoyed BBQ pork, chicken, all the fixings and dozens of desserts. It was good to have an informal setting to meet and greet everyone. And in case you are wondering council members will fund this out of their own pockets.

Emails from staff this week included great news from Rio the day before the games opened. The International Olympic Committee voted to include baseball and softball for the 2020 Olympic Games in Tokyo. As the national governing body for the sport of baseball in the United States and a member of the United States Olympic Committee program, USA Baseball (based in Cary) will be responsible for selecting and training the Olympic team that will compete in Tokyo in 2020. This is great news for the USA and great news for Cary.

Emails from citizens this week included just a few requests and a question about what council would want to see as a future development on Tryon Road entering town at Campbell Road.

Well, that is all for this week. My next post will be on Sunday, August 14th.  Although I have Facebook and Twitter accounts those are not the best means of communications with me. Please send all Town of Cary questions or comments to Harold.Weinbrecht@townofcary.org and email personal comments to augustanat@mindspring.com.

From the blog of Cary Mayor Harold Weinbrecht. Photos by Michael Papich and Wikimedia Commons.