Cary, NC – This weekend was the 10th Annual Beer, Bourbon and BBQ Festival in Cary. And while wet weather bore down on Koka Booth Amphitheater on Friday, lots of locals still came out to enjoy the food and drinks in the rain and then came back in the sun on Saturday. 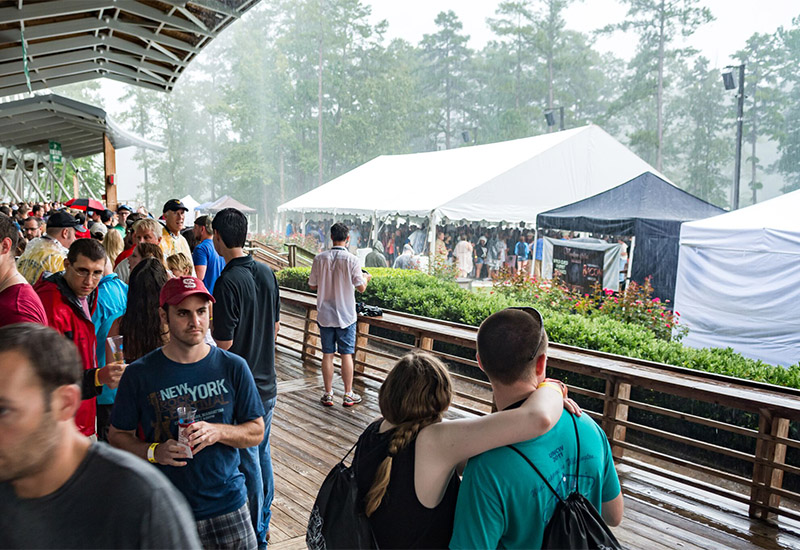 Torrential rain marked the opening evening of the ever popular Beer, Bourbon and BBQ Festival at Koka Booth Amphitheater on Friday, August 5, 2016. In spite of the rain, several thousand people still attended, seeking shelter from the rain under the gazebo and event tents. 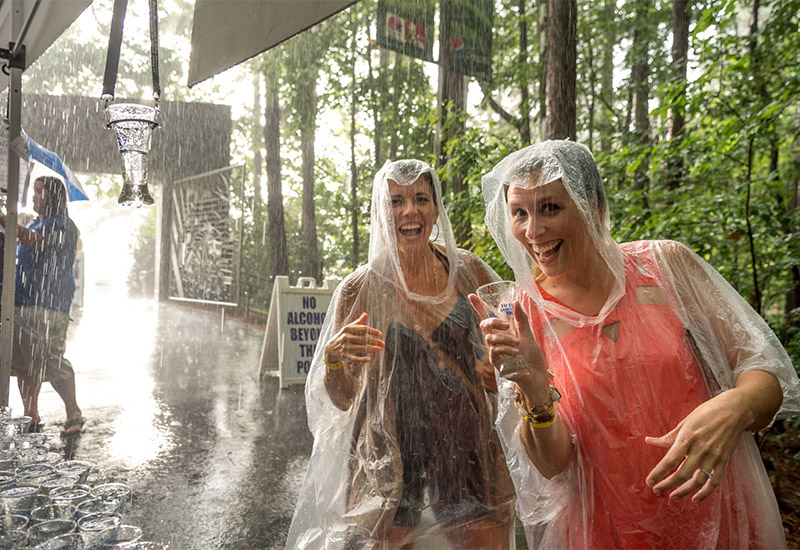 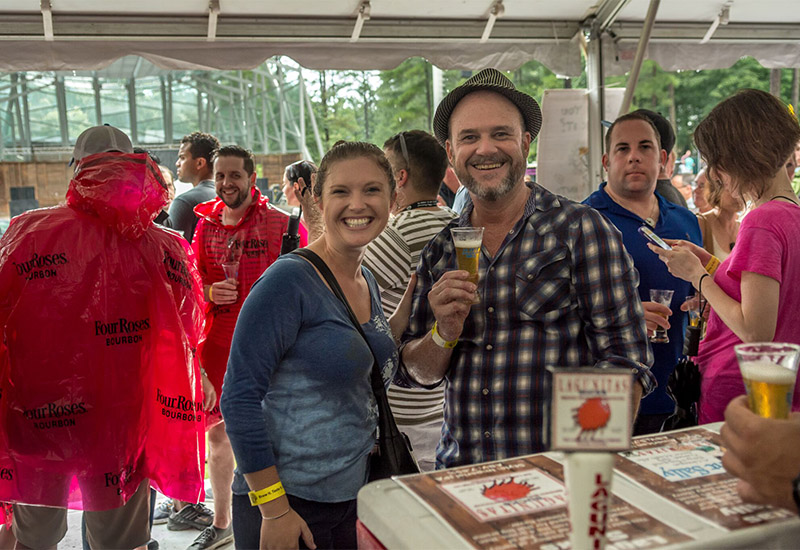 Once the cover charge was paid, all attendees over 21 received bottomless festival glasses to sample the wide variety of independently brewed beer available. Bottomless glasses of beer seemed to have an happy effect on all present in spite of the rain.

“Yeah, the trip was worth it! This is a great festival and I plan on being back next year!” Lynn said for his future plans. 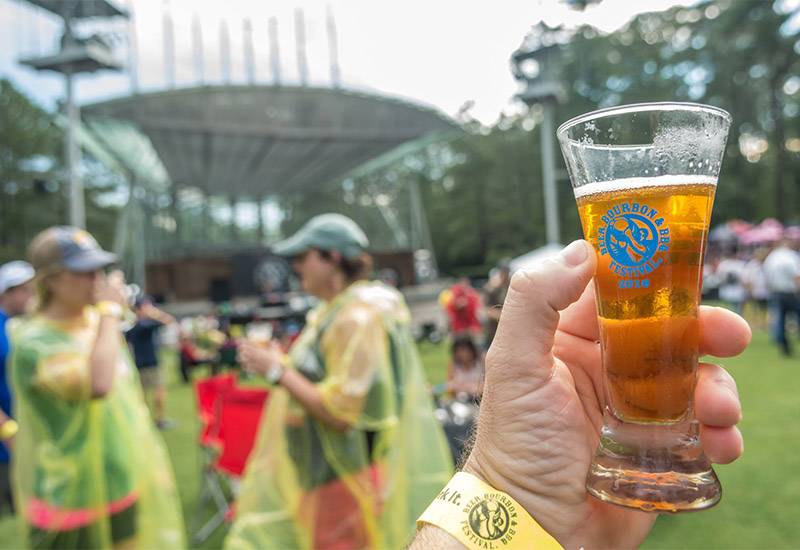 This year’s Beer, Bourbon and BBQ Festival was a fantastic success in spite of the rain, if only for the bottomless glasses!

On Saturday, there was better weather and the crowds grew. 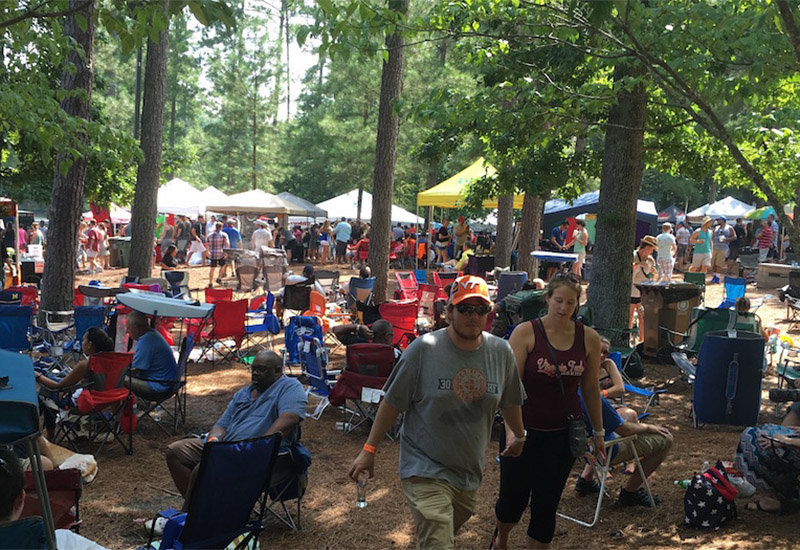 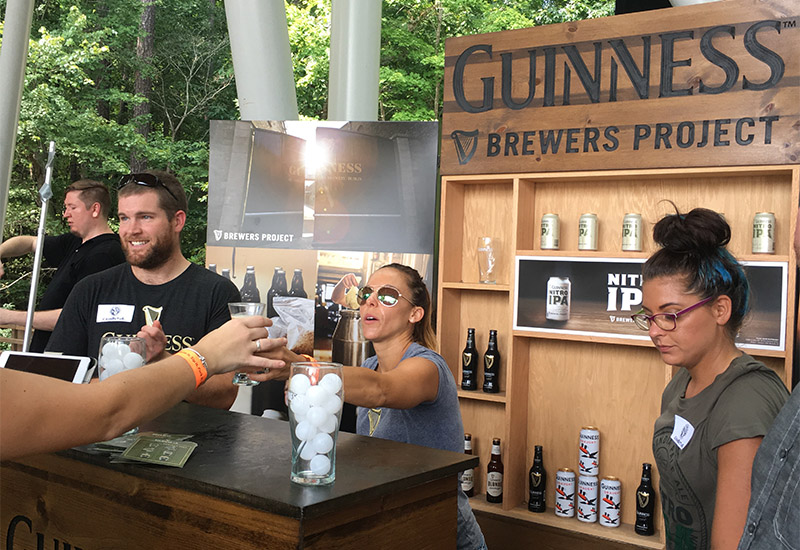 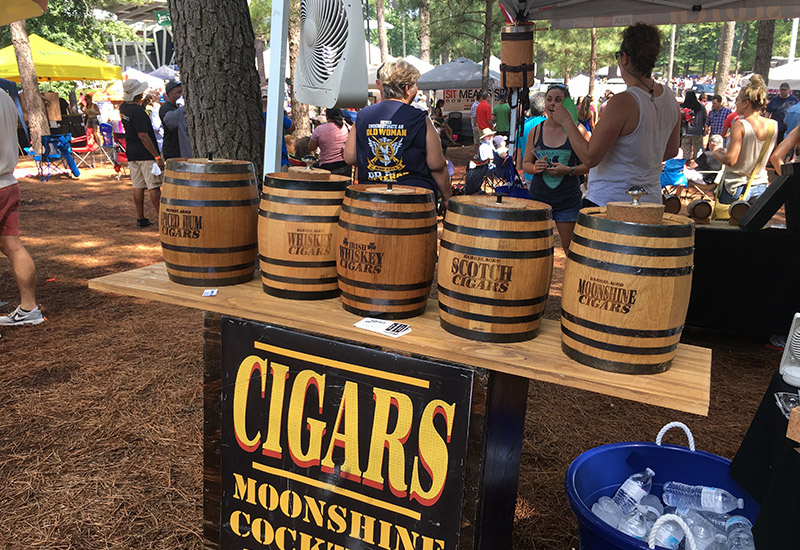