Cary, NC – Cary is a large and diverse town but if there is one thing all resident seem to share, it’s a familiarity and a fondness for the yearly Lazy Daze event. And with the town staple now around for 40 years, Cary will hold its biggest Lazy Daze ever with the festivities stretched out over two days. 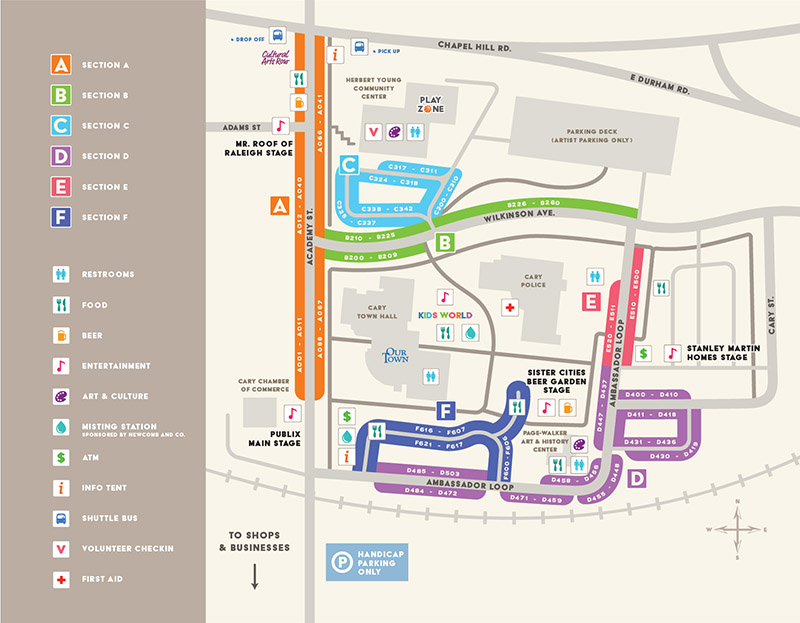 With 40 years of history, there are a lot of memories built into Lazy Daze and Adam Bell, Cary’s festivals and events supervisor, said this year’s event will try and highlight some of that.

This event – Saturday and Sunday August 27 and 28, 2016 – will also not only mark the 40th year of Lazy Daze but also the 25th anniversary of the Herbert C. Young Community Center. There will be a rededication and ribbon-cutting re-enactment at Herb Young on the second day of the Lazy Daze.

But one of the most advertised ways Cary is celebrating the anniversary of Lazy Daze is with commemorative Pepsis. There will be 1.5 million cans of Diet Pepsi emblazoned with the event’s signature “Town Crier” based on a painting by local artist Sarah Sheffield.

“This is something huge for us,” Bell said.

Speaking of the town crier, he and his wife are from Cary’s sister city, Markham, Ontario, Canada. The Markham Town Band will be performing at Lazy Daze together with the Cary Town Band. 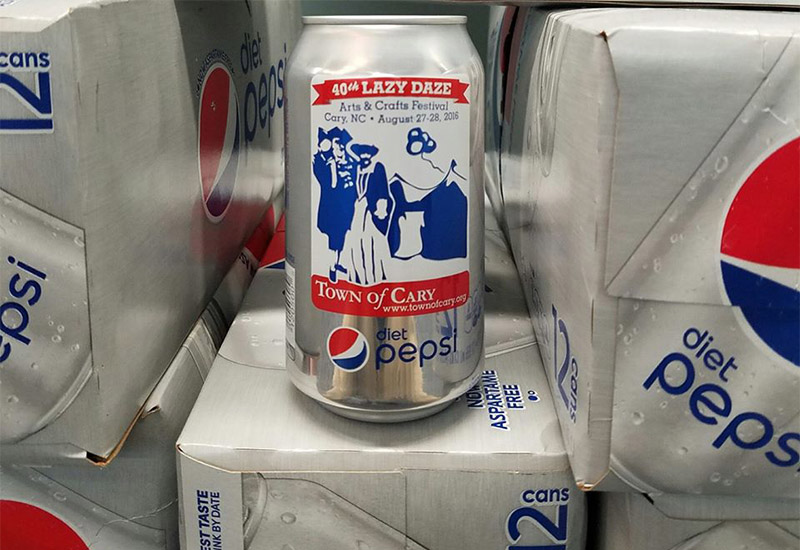 This year’s Lazy Daze stretches from Ambassador Loop to Chapel Hill Road, with lots of zones for food, drinks, music and a special “Kids’ World.” There will be 30 food vendors, including seven food trucks and a both a beer garden and a beer tent. Attendees will be able to openly carry their beer around the event but cannot bring in their own alcohol.

One of the main fixtures of the festival will be a large “solar dragonfly” made by artist Michael Layne who has contributed art to the past to Lazy Daze and Spring Daze. The artwork will be a large sculpture made from bamboo and knit cotton.

“Layne will be making the body and wings by hand but participants at the event can make the tail,” Bell said. “It’s a great way to get the community engaged and I’m excited for it.”

For residents who cannot drive or walk to the event, there will be shuttles at Cary Towne Center and Green Hope High School.

Story by Michael Papich. Photos by Hal Goodtree and the Town of Cary/Cary Art Daze. Coverage on CaryCitizen is sponsored in part by Elegant Stitches in Cary.