Cary, NC – The sun was shining in Cary on Saturday for the official dedication and ribbon cutting of Jack Smith Park. Cary’s newest park has whirligigs, a massive playground, a spray ground, a dog park and sheep. Yes, sheep.

Jack Smith Park sits on 50 acres of property at 9725 Penny Rd. The Town purchased the land, formerly the Bartley Farm, in 2000.

Funding for the project was approved by Cary voters in 2012 as part of the Community Investment Bonds referendum. 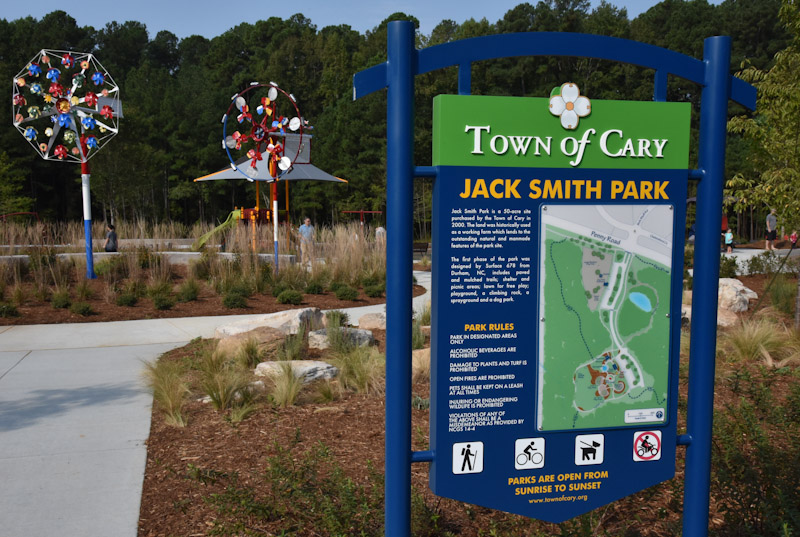 Other elected officials in attendance including Council Members Lori Bush and Ken George as well as representatives from the Wake County Board of Commissioners and Sentor Richard Burr. Town of Cary staff was well-represented by a strong contingent from Parks & Rec. 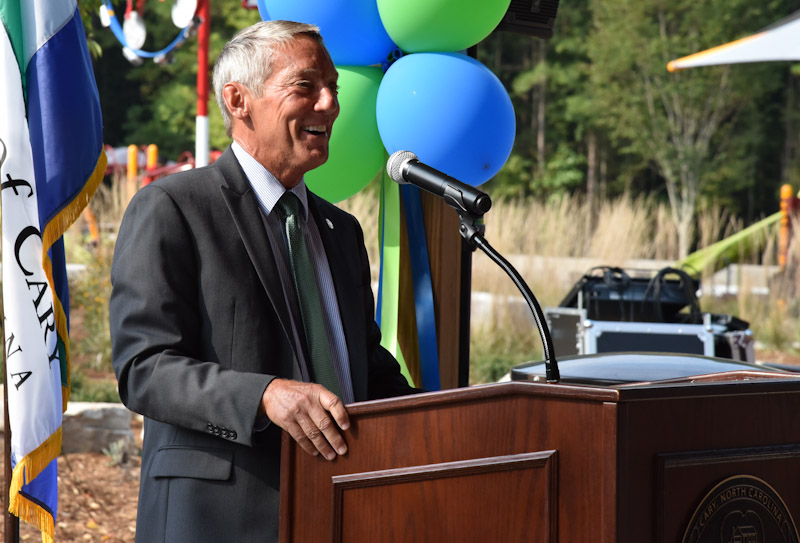 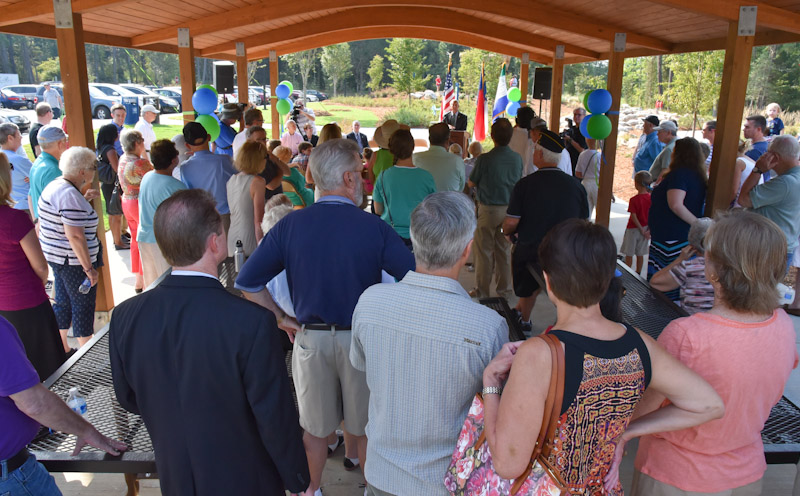 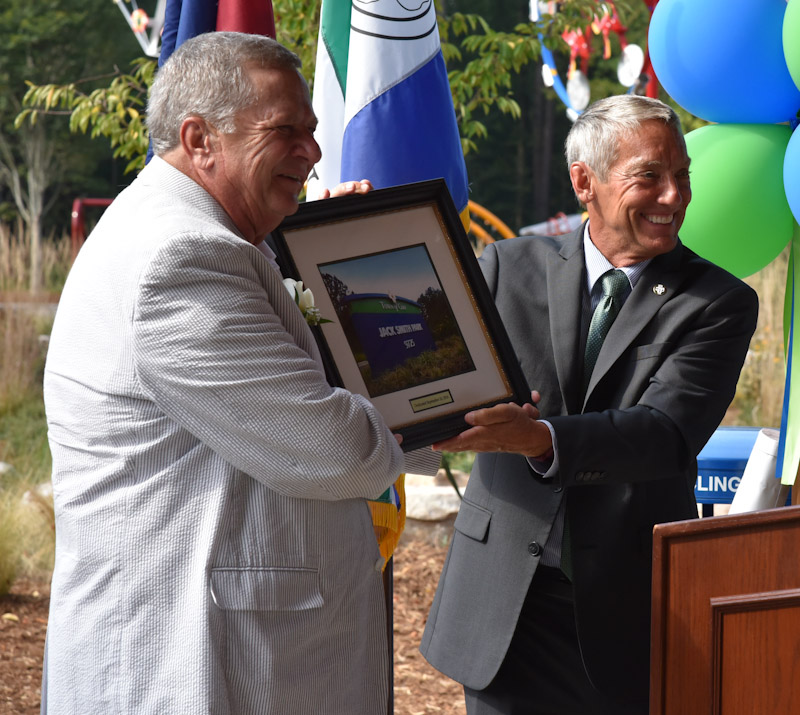 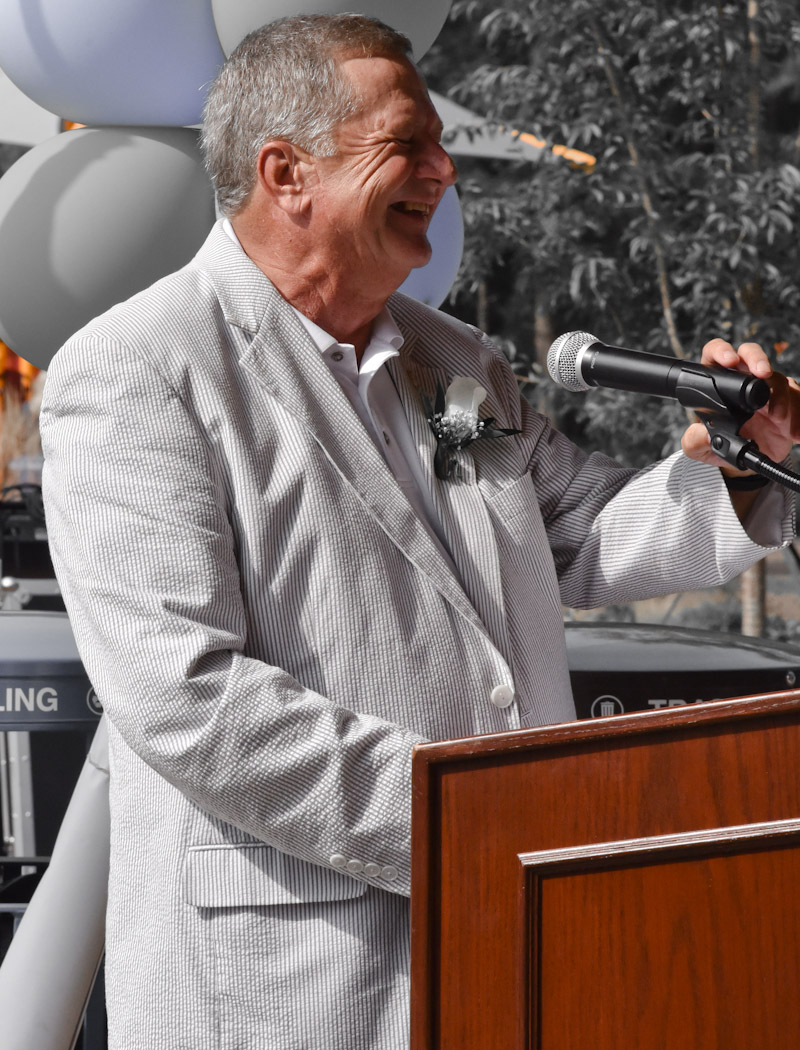 After the dedication, everyone gathered for the ribbon cutting. 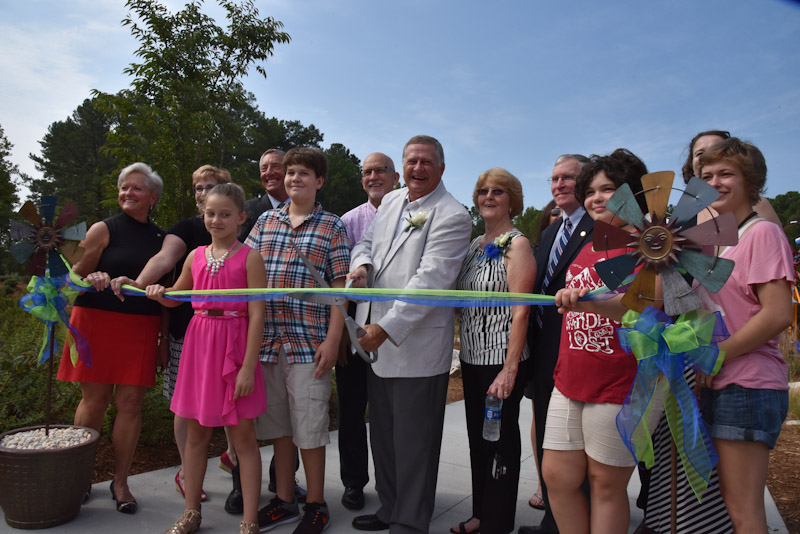 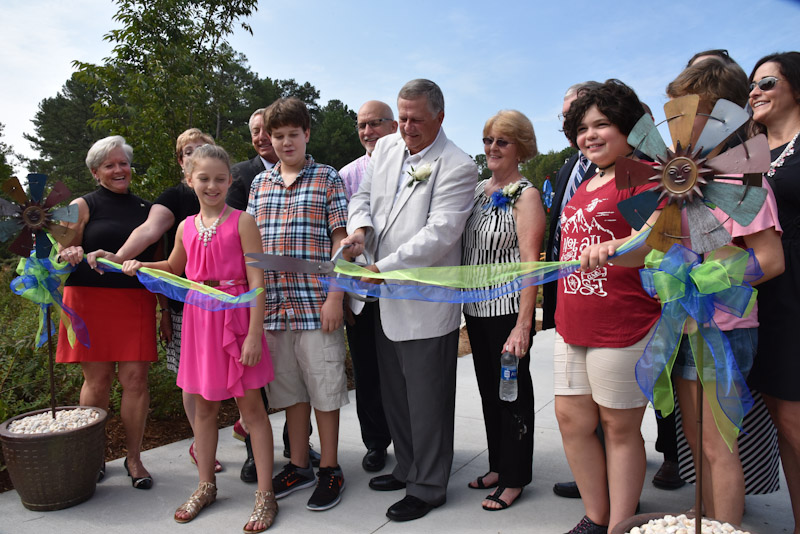 Jack Smith Park is amenity-rich, kind of like Bond Park for South Cary.

Massive whirligigs by artist Vollis Simpson of Lucama, NC, add color, movement and a note of whimsy to the park. 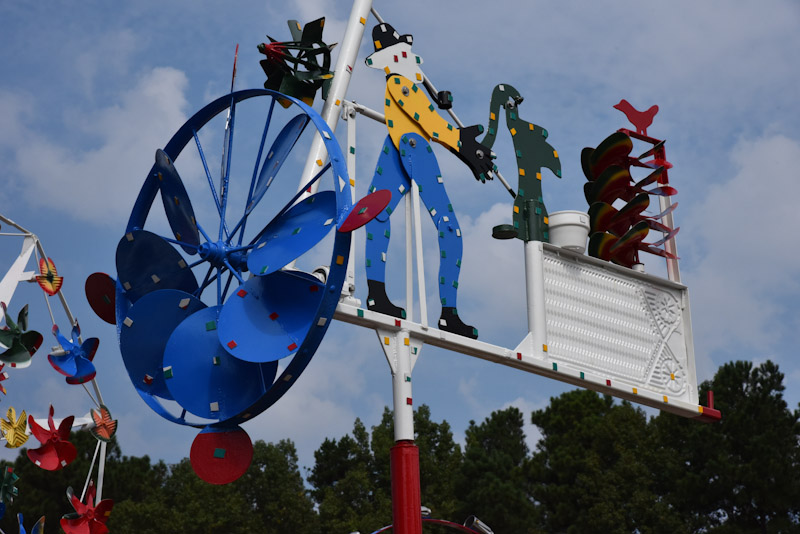 The 10-foot freestanding climbing wall looks to prove popular for both beginners and more experienced climbers. 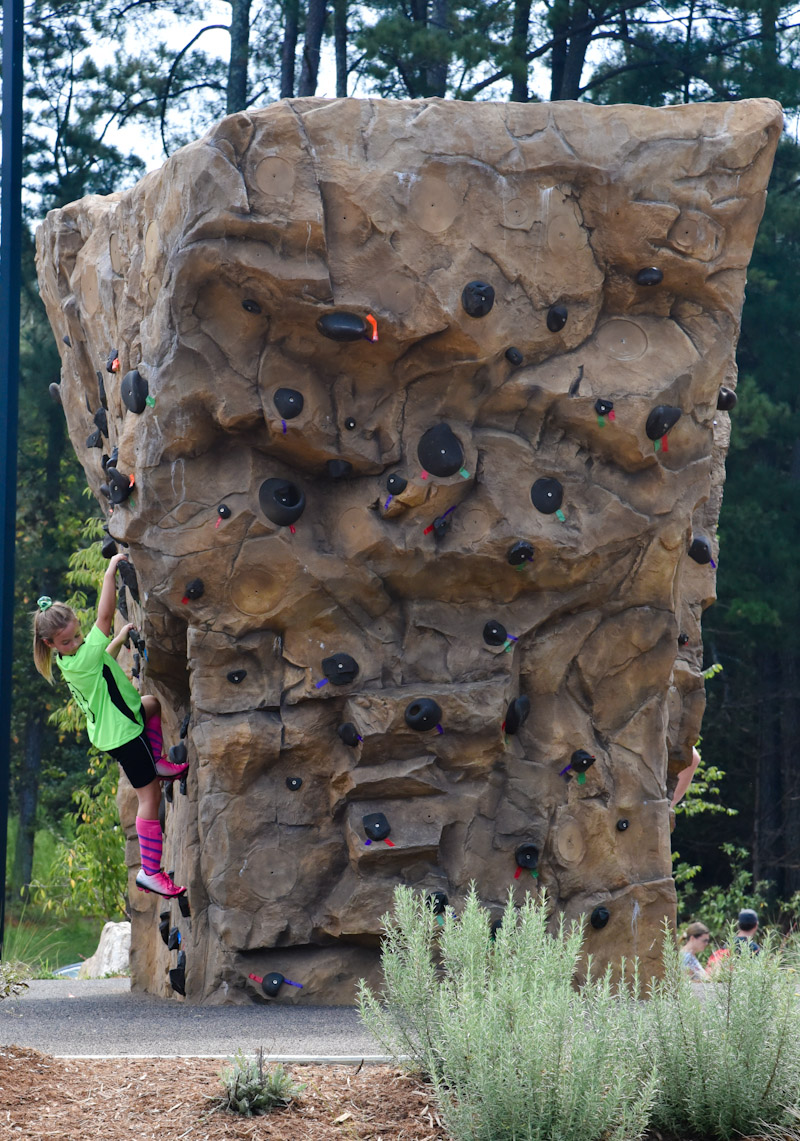 The Spray Ground at Jack Smith Park is a first for Cary. It’s large enough to host a lot of kids and has a shady area nearby for parents who don’t want to get wet. 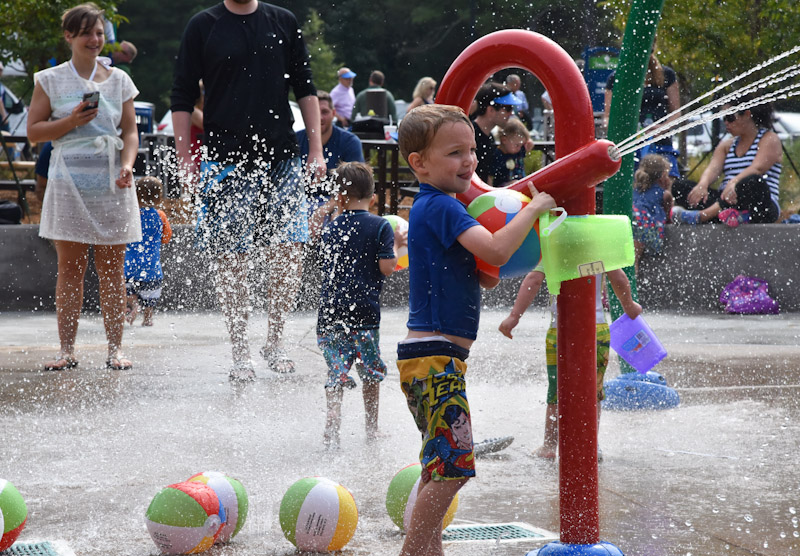 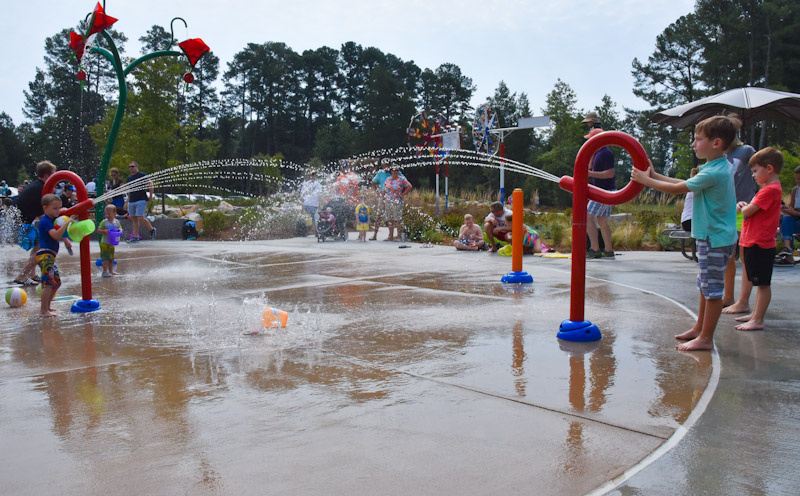 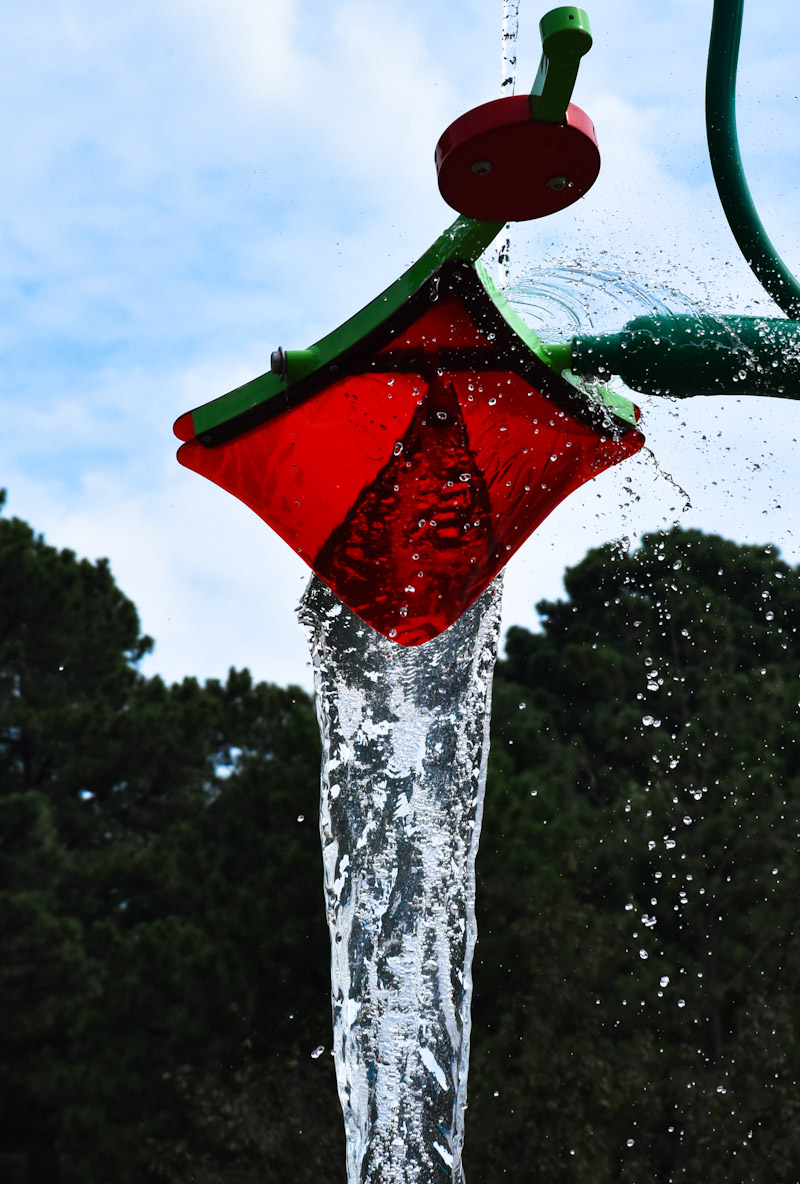 The Dog Park features areas for both large and small dogs. Cary’s two dog parks (the other is Godbold Park) provide an area for dog owners to let their pets run freely. The parks are protected by electronic entry gates. Pet owners can get a Day Pass or an Annual Pass at any Cary Community Center. More info on Cary’s dog parks. 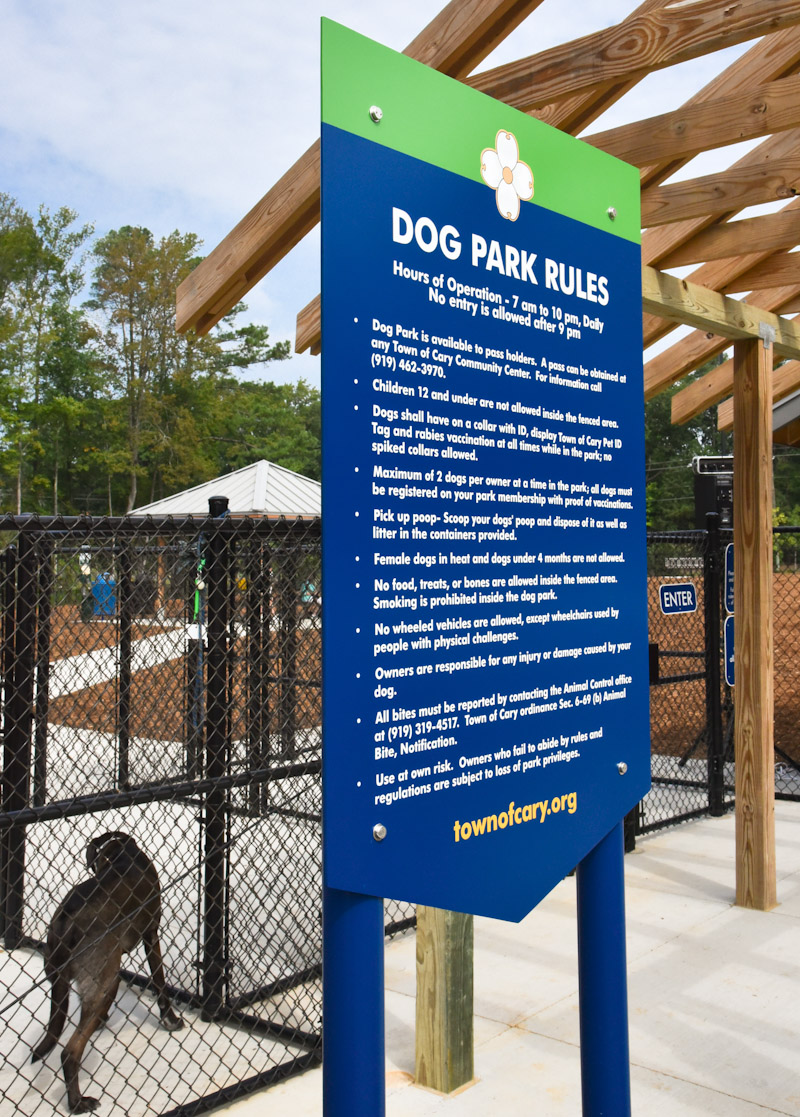 Finally, a word about the sheep. The flock of nine Suffolk sheep, created by William Moore or Pittsboro, NC, hark back to the days of the Bartley Farm. They graze in a field behind the Spray Ground and seem friendly enough. 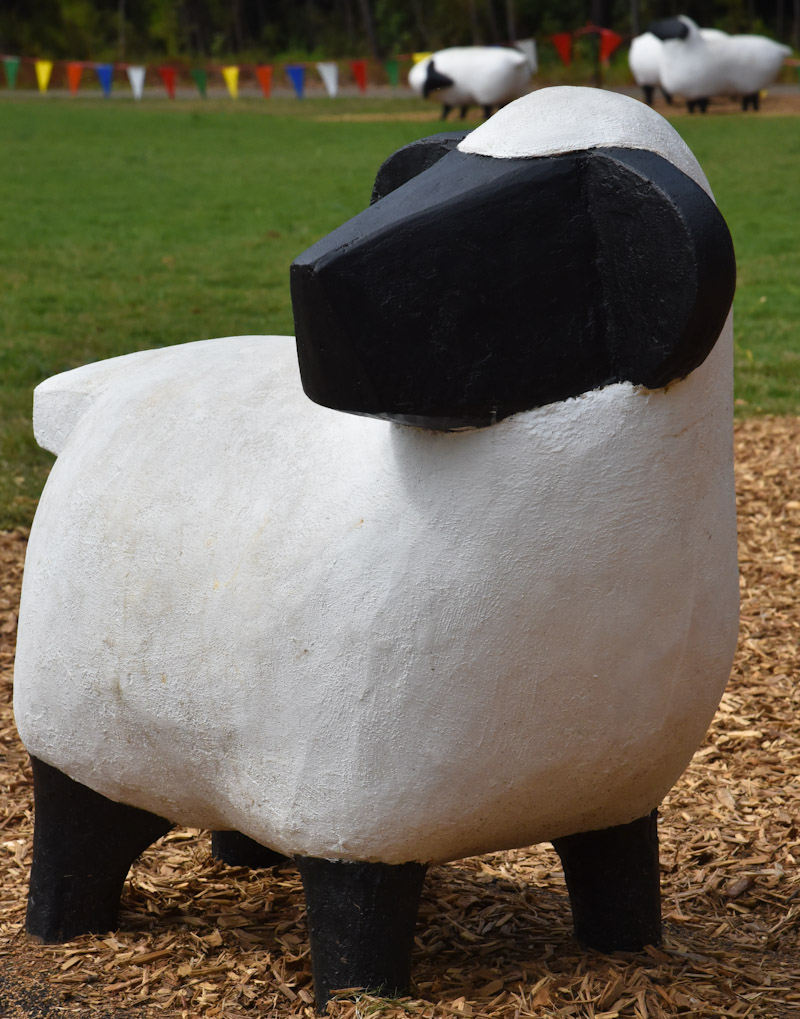 RailHawks Fought to Draw Against Ottawa