Cary, NC – In the last vestiges of Summer, many of us use the last of the warm weather to cook outside or even brave some Fall grilling. So the cooks at Cary’s BurgerFi sent a unique burger recipe you can try out to mix things up before it gets too cold outside.

Cook the bacon strips to make them crispy, reserving their fat. Using that fat, caramelize your diced onion in it.

Grill your burgers while melting a cheese of your choice on top, or no cheese if you want, using salt and pepper as you want it. At the same time, either pan fry or deep fry hash browns until golden brown and crispy.

Cook each egg in one tablespoon of butter for two to three minutes on each side until you get a soft medium center and use the remaining butter to toast the buns.

Then just put it all together and you’ve got your breakfast burger! Add ketchup and/or maple syrup as you see fit. 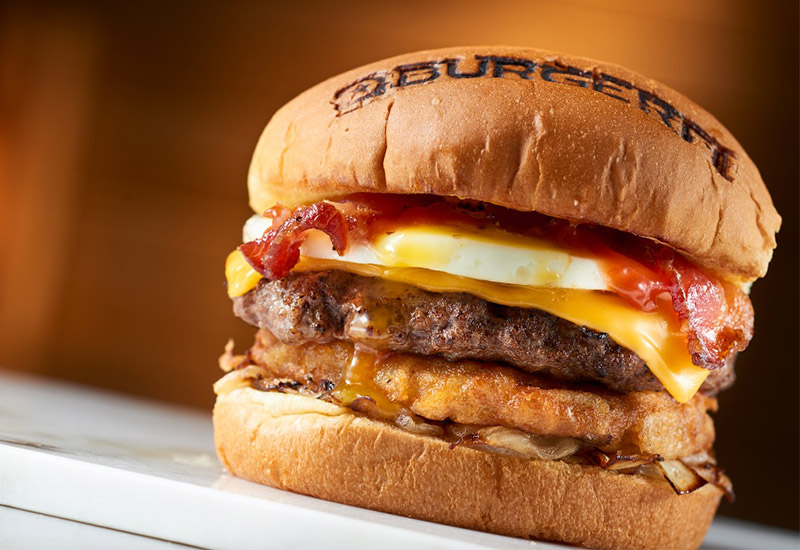 From the cooks at BurgerFi at 2052 Renaissance Park Pl. in Cary, NC. Photo courtesy of BurgerFi.