Cary, NC – Sports are a common way for children to learn to interact and exercise but for kids with autism and ADHD, it can be difficult to find an accommodating team. That’s why Oak City Soccer started up in the Cary-Raleigh area to give these children a way to play. 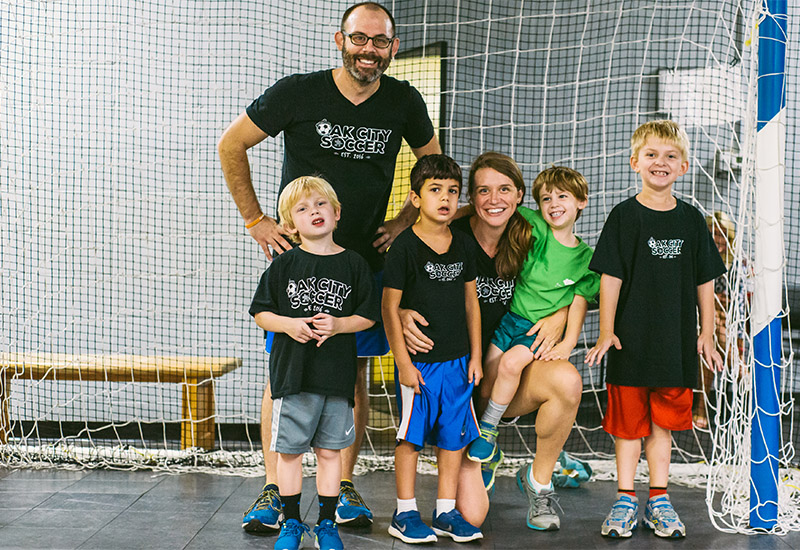 Oak City Soccer started in March 2016 and currently has centers in Cary and Raleigh. Roxy Penny, Oak City Soccer executive director, has a son with autism and wanted him to get into soccer when he was a toddler.

“He loves soccer and he is good at it at home but he had a meltdown when he played in groups,” Penny said.

Penny said the setting her son played in had numerous teams playing beside one another and had a coach that wouldn’t get on the kids’ level. In the end, it created a situation that was difficult for him.

“We didn’t see anything in our area for kids in his age group,” Penny said.

Oak City Soccer is for children aged two to ten which has now grown to 100 children coming through, split into seven different teams on the weekend.

“Groups are limited to eight kids and we have three coaches on hand as well as volunteers,” Penny said, adding that anyone can be a volunteer regardless of soccer expertise. “We work to tailor the environment to each kid.”

These smaller settings help with problems with distractions, which Penny said can be an issue with ADHD and autism. In Cary, Oak City Soccer uses a half gym in SportHQ on Edinburgh South Drive. They also care for children with asthma or sensory sensitivities to light, temperature and others. 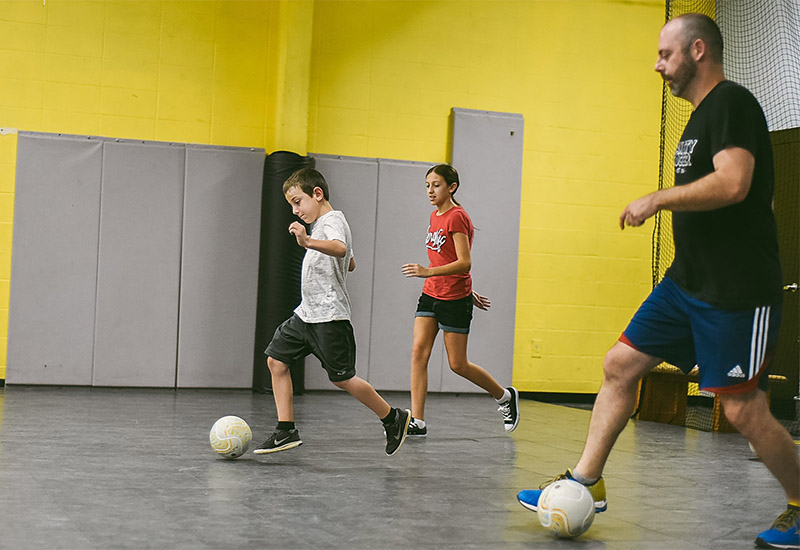 When Oak City Soccer started, Penny said she did not think it would grow to its current size so quickly.

“We’ve had interest from teenagers too and we didn’t realize there was that need,” she said.

The classes get people from all over the area, as far away as Fuquay-Verina, Garner and Knightdale.

“We’re hoping to spread out around the county so people don’t have to drive as far,” Penny said.

As part of the soccer practice and games, Penny said the coaches try and teach children social skills as well.

“For most of them, socializing isn’t easy,” she said. “We have them greet each other at the beginning of class and look for opportunities for them to watch each other and learn and encourage them to compliment one another.”

“We do drills and scrimmages and that’s problem solving right there, having them figure out how to get the ball around and how to pivot and move and do other plays,” she said. “And some children may favor one side or the other so we have them switch up right and left.”

While Oak City Soccer does not have a permanent location, Penny said the set plan is for them to continue using the facilities at SportHQ on 107 Edinburgh South Dr. in Cary. 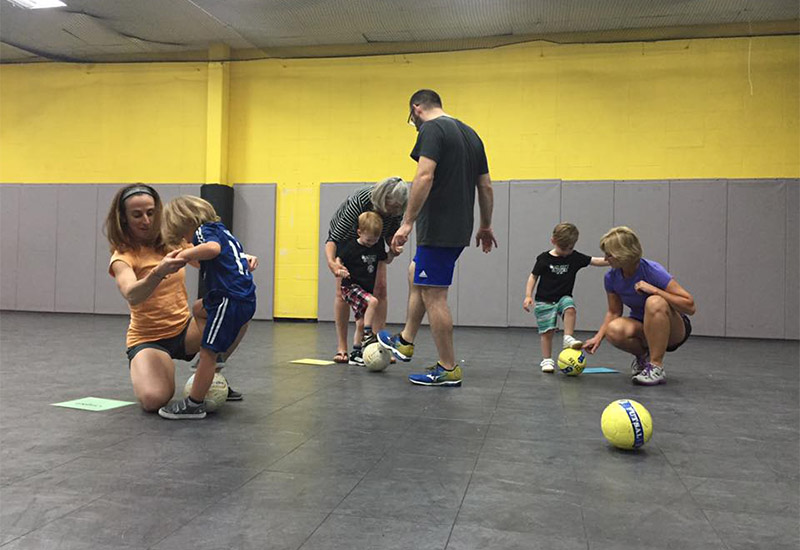