Cary, NC – While most people say they support U.S. military members, there is still a great amount of need for veterans who return home. And one Cary high school student created a network of schools to organize students and gather supplies, earning the Girl Scouts’ top award in the process.

Cherilyn Caggia is a student at Green Hope High School and a member of Girl Scout Troop 300. Before starting this project, Caggia volunteered for Military Missions in Action, a Fuquay-Varina based group that helps veterans with disabilities as well as other members of the military and their families.

“They said they were looking for ways to get youth involved,” Caggia said.

Caggia started out getting people together in her school to volunteer and donate items for care packages and eventually brought in more schools and groups.

“I reached out to other schools and talked to ROTCs and 4H,” Caggia said.

In the 120 care packages Caggia put together for homeless veterans in the community and active military overseas, she collected baby wipes, beef jerky and fresh socks, which she said are the most commonly asked for items.

“I partnered with my school band to have a collection at the Cary-wide Music and Arts Festival,” she said. “We just asked people to bring things and most did, so that was really encouraging.”

For her work, Caggia received the Gold Award from the Girl Scouts, which is the highest award a Girl Scout can receive, with only 5 percent getting it yearly.

“Through her project, Cherilyn has demonstrated she possesses the proven qualities of a community leader and the Girl Scout Gold Award designation is truly a remarkable achievement,” said Lisa Jones, chief executive officer of Girl Scouts of North Carolina Coastal Pines. “She recognized a need in her community and took action to create a sustainable response.”

Many young people want to get into service, Caggia said, but do not know where to go to help.

“People will say they support the troops and might send a Christmas card but people don’t realize that things happen when they come back,” she said.

In North Carolina, Caggia said Military Missions in Action estimates there are 8000 homeless veterans and nationwide, 22 veterans commit suicide every day. In her time volunteering for Military Missions in Action, Caggia said she learned about these and other “eye-opening” statistics. And in the course of her own project, she saw people had mixed responses to the conditions of homeless veterans.

“One of the pushes I had was to get people hands-on with working on housing for veterans with disabilities,” she said. “Some of these veterans had mental health problems and I saw from the people we got to volunteer that there was a mental health stigma. It’s  something we all need to think about.”

Caggia is currently a senior at Green Hope High School and said she is still on the fence about what she wants to study after graduation but is interested in public policy and psychology/neurology. 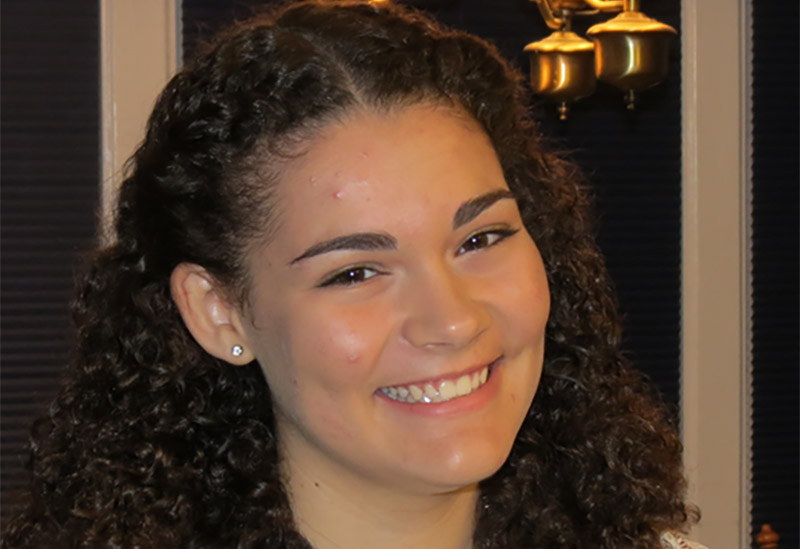