Cary, NC – No loss is considered a good loss but Sunday’s loss by a score of 4-3 to the Philadelphia Flyers was nothing short of disappointing. There were bright spots: the Rask-Skinner-Stempniak line continues to produce, fourth liner Viktor Stalberg notched his first goal of the season and Ron Hainsey played his usual no-nonsense-in-your-face defense. 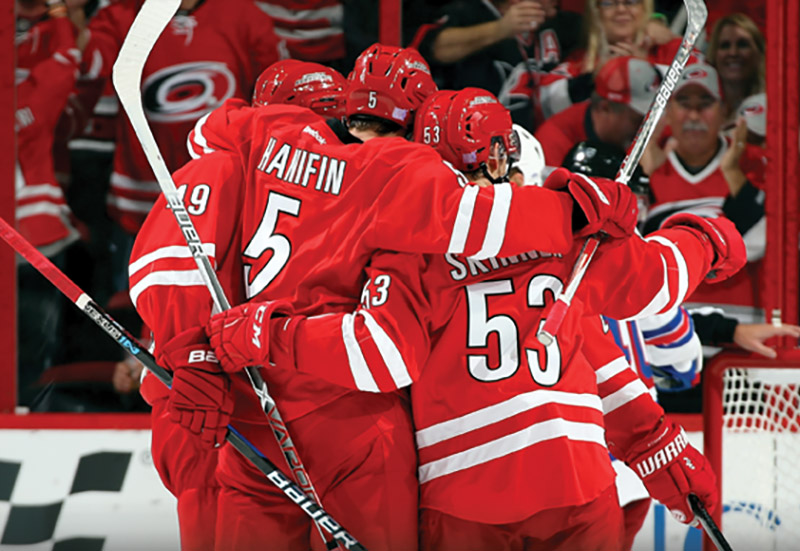 Despite what some may say, the Canes did “start on time” as the first three minutes, from winning the opening faceoff to have the puck deep in the Flyers end was all Canes.

Jordan Staal outmuscled his defender for the puck along the side boards centering a sharp pass to Sebastian Aho in the high slot. Aho’s release was lightning quick and if it wasn’t for Michal Neuvirth’s quick glove it would have been Aho’s first career goal and gotten the crowd more into the game early on.

When Philly finally got on the offense, Cam Ward was equally quick on some tough saves. Philly scored first on a 65-foot shot by Shayne Gostisbehere that appeared to have been re-directed off a Canes defenseman. Deflection or not, Gostisbehere is the real deal and one heck of a player but the shot never should have happened. There wasn’t that much traffic in front of Ward but having the puck go in short side like that shouldn’t happen.

Maybe it was a spillover from their first meeting of the season but behind the play, Wayne Simmonds and Jeff Skinner were tussling as Skinner was trying to go off for a line change with Simmonds tying up then tripping Skinner to the ice without a call.  Another non-stat that won’t make any headlines is the back checking Staal did late in the first that absolutely prevented a goal. At this point of the season, Staal is by far the Canes best two-way player.

Three Goals in the Second

The Canes guns woke up in the second period. After some dirty and gritty work down low by the forwards, Skinny sent a pass up to Hainsey at the blue line. Hainsey carried the puck along the boards then sent a pass to Faluk in the middle of the blue line who sent a wrister high glove side to tie the game.

A few minutes later, the Flyers sent the puck all the way down one side, behind the net then up to Radko Gudas on the right point.  Gudas sent a soft puck towards the net that like the Flyers’ first goal found its way into the short side of the net from 65 feet out.  Just three minutes later, Skinner scored his team-leading fifth goal of the season off a feed from Victor Rask for his continuing his streak of at least a point in every game.

Just a minute and 45 seconds later, Stalberg had one of the best individual efforts of the night. Ivan Provorov had the puck at the top of the Canes blue line when Stalberg turned on his jets, lifted Provorov’s stick, gave a little nudge then went to the Flyers’ end sending a quick shot five-hole for a 3-1 lead. All-Star Claude Giroux tied game late in the period after a nice back hander from Simmonds. Disappointing part is, Giroux was all alone in the slot and sent in a quality goal.

What I didn’t count on was the Flyers would be the team scoring within the next two minutes. That shortie was as disappointing at the first two Flyer goals.

It’s early in the season but with the next two games on the road, the Canes need to win both. Ottawa is off to a good start but the Canes have had good success against the Senators. No team is an easy win but Nashville is another team struggling early on so that game may turn out to be an early season trend changer for the winner. 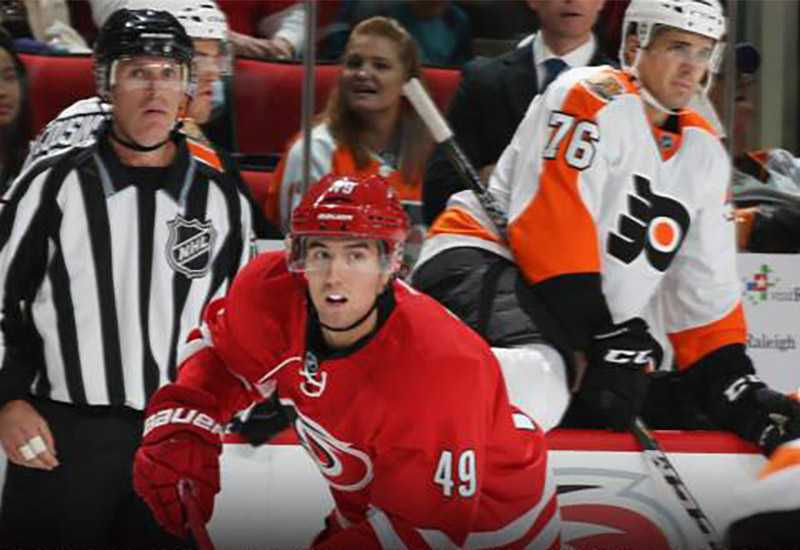 Another Gas Shortage May Be Coming to Cary
Scroll to top