Cary, NC – Next to familiar smells and tastes from homemade food, music brings out the most powerful memories from our childhood. And at Waltonwood Cary Parkway, they are using music therapy as a way to brighten their residents’ days. 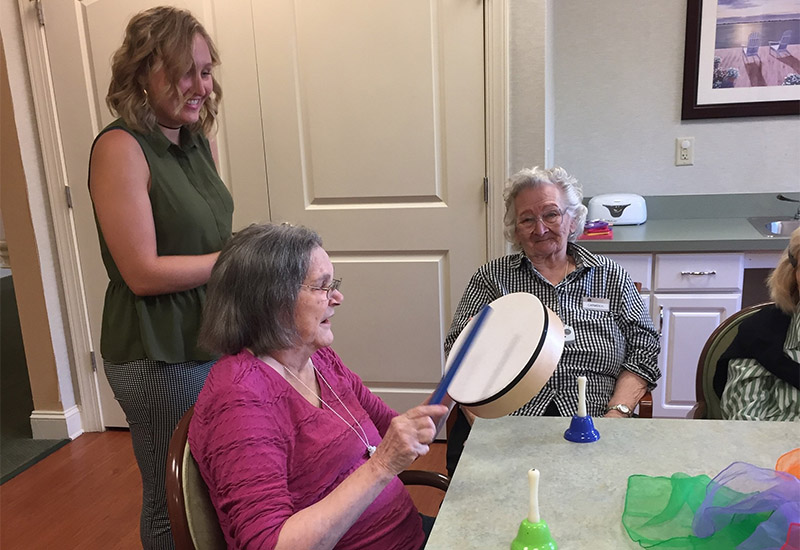 Waltonwood Cary Parkway, a senior living community in Cary, has been using music therapy as a way to work with residents who have Alzheimer’s or dementia. Shantel Hernandez, Waltonwood’s activity coordinator, organizes these sessions by bringing in a certified music therapist who brings instruments and clips of music residents may be familiar with from the 1940s and 1950s, as well as some popular music from the present day.

“It gets residents engaged. A lot come from church backgrounds or were in choirs in school so it’s fun for them to get involved again,” Hernandez said.

The sessions have been going on for a while now, with the next music therapy session at 2 PM on Wednesday, November 16, 2016.  Waltonwood Cary Parkway has musicians come to perform but Hernandez said she wanted something else.

“It’s a small community so sometimes it’s good to have an intimate session,” Hernandez said, mentioning the different crafts workshops the living community holds. “I thought it was something beneficial.” 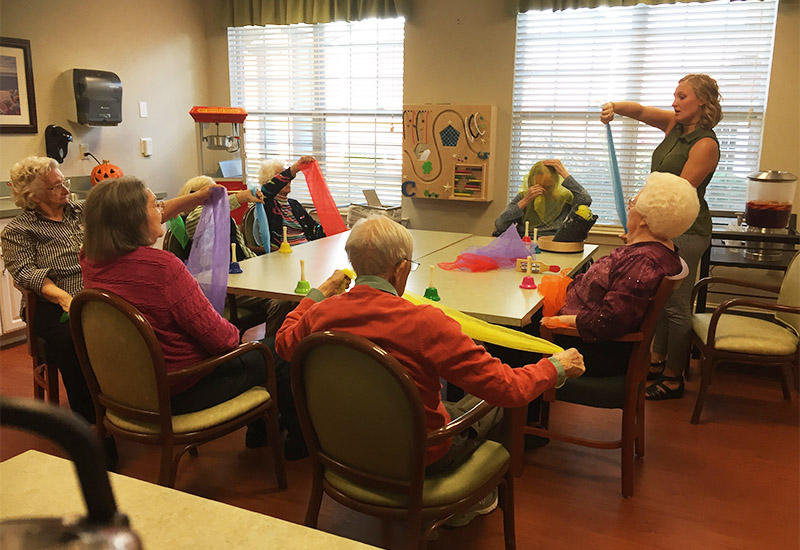 Emily Margagliotti is a music therapist at Rock ‘n’ Roll High School in Apex and is the music therapist who comes to Waltonwood Cary Parkway’s sessions. Hernandez said she sees an immediate change in the residents participating after the session is over.

“What I normally tell is there’s less agitation and they’re happier,” she said. “Sometimes after it’s over, they’ll stay sitting and starting talking and smiling with their friends.”

And Hernandez said this is an especially good sign since some of the participants don’t normally talk and aren’t open to conversation.

“Afterwards, they’re actually open to another activity and it’s easier for the next shift to come in and work with them or get them to eat,” she said.

With its successes, Hernandez said she would recommend music therapy to any people or groups who work with people with Alzheimer’s or dementia.

“It’s been a great addition,” she said.

Waltonwood Cary Parkway’s next music therapy session is at 2 PM on Wednesday, November 16, 2016. 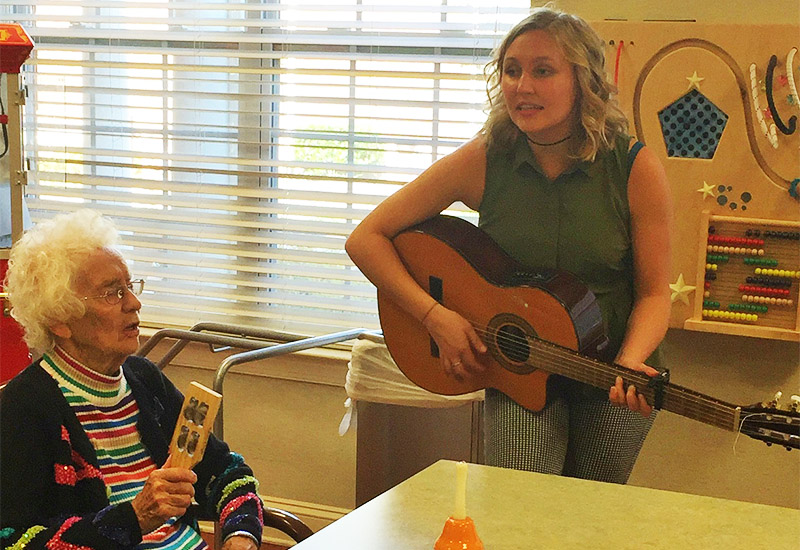