Cary, NC – The Carolina Hurricanes came home for a late Sunday afternoon game against the Tampa Bay Lightning after a very frustrating road trip – twice against the Rangers and once against the Bruins. In all three games, the Canes had a win within their grasps but a third period melt down proved fatal. Cam Ward earned his second shot out of the season, on another 1-0 score, this time against the Bolts. 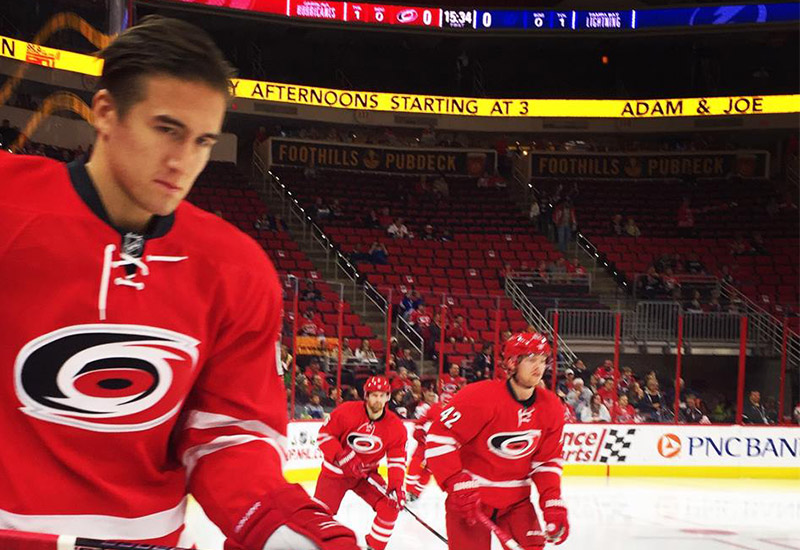 First Period Is All Defensive

While on paper, the Canes and the Bolts look, on the average, very similar teams. The Canes average age is just two months younger, both teams have an average height of six-foot-one-inch with the Canes average weight of 195 and tipping the scales at 198.

Just like Confucius saying “man with one foot on block of ice and one foot in fire is comfortable on the average,” these teams certainly look different on the ice. The Cane’s tallest player on Sunday was six-foot-three-inches whereas the Bolts have five players over six-foot-five-inches.  Hard to believe but Justin Faulk was the beefiest Canes on the ice Sunday at 215 while the Bolts have six players above Fault. Brian Boyle is six-foot-six-inches and bends the scale at 244 and makes a living camping out in front of the crease.

Both teams play a fast game and rely on their skilled players for most of their scoring. The defense on both sides was very solid to the point it appeared there was a wall across the ice from the dots of the faceoff circles with little penetration close to the goals. While the shots in the first were 12-10 in favor of the Bolts, there were very few serious scoring chances on either side. 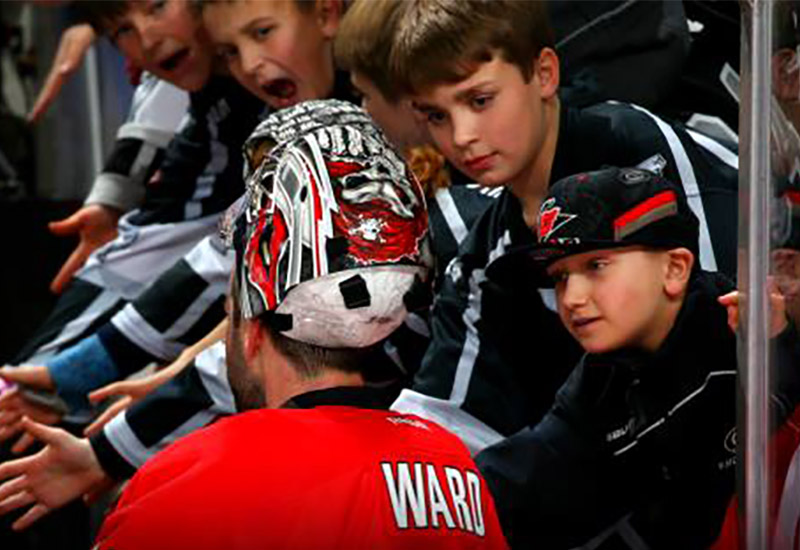 The Canes have the #1 penalty kill defense in the NHL while the Bolts have the #1 power play so the question was which specialty team would prevail. Fortunately it was the Canes who stopped all five power plays with Ward coming up big with a few quick glove saves while trying to see around the tree standing in front of him.

Some of the Canes did look as if their heads were on a swivel trying to avoid being hit from every angle. The Canes have never been known for their body checks but with Jordan Staal and Bryan Bickell out of the lineup, two large bodies who are very protective of their teammates, it was open season on the Canes as the Bolts had nearly doubled the number of hits. Staal’s absence was also noticeable in the faceoff circle as he is consistently one of the better faceoff players in the NHL.

The Canes play a possession game and winning faceoffs is key to possession. The Canes also are near the top in the league on take aways with Jeff Skinner leading the Canes in that department, adding a few to his totals on Sunday.

Ward Earns Second Shut Out of the Season

With both goalies doing well on the few scoring chances they faced, each team realized one mistake could be the difference between a win or a depressing loss so both teams played a cautious third period. Bolt goalie Ben Bishop, all of six-foot-seven-inches of him, uses his size to an advantage when going behind the goal to stop the puck. If Ward tried the same ‘advantage’ count on a two minute interference penalty.

Very late in the period, Skinny was taken down on what appeared to be a blatant holding penalty, or at least it seemed that way to the nearly 12,000 Caniacs but the refs let it go. Not 30 seconds later, Phil DiGiuseppe made a power mover in front of Bishop’s crease but couldn’t corral the puck to send in the open left side of the goal.

The game ended regulation at a rare 0-0 tie. On just the second shift of overtime, DiGiuseppe redeemed himself sniping in a goal for his first of the season extending the Canes home winning streak to six games. Cam Ward’s second shutout of the season also keeps Ward at the top in GAA since Tuesday, November 1, 2016.

Next home game is Tuesday, December 13, 2016 against former Cane Brandon Sutter and the Vancouver Canucks. Be there! 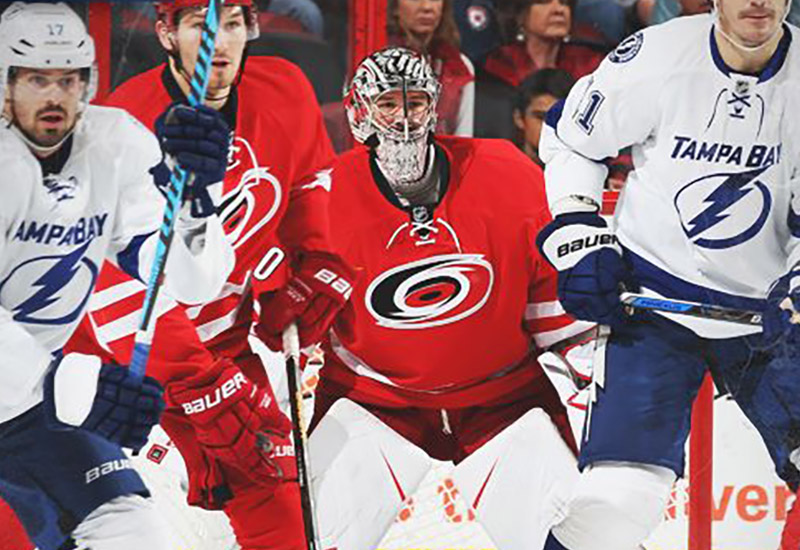