Cary, NC – With Academy Street renovated and open, residents are getting to see what the new Downtown Cary will look like. And as a part of the new downtown, visitors will be able to eat authentic wood-oven pizza at Pizzeria Faulisi. 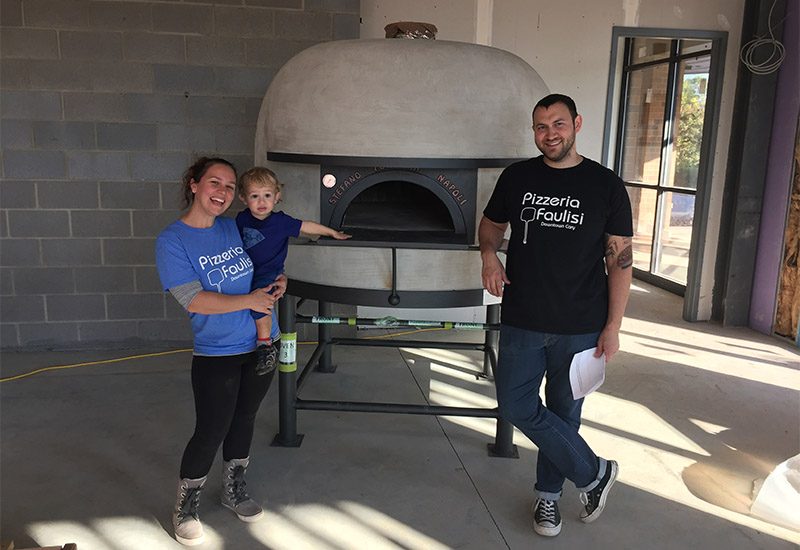 Pizzeria Faulisi, opening on East Chatham Street, is a Neapolitan-style pizza restaurant that co-owner Amber Faulisi said will bring something new to the area.

“Our wood-burning oven is imported from Naples. Nobody from Cary has that particular oven,” Faulisi said. “The way it cooks the dough, it creates totally unique flavors.”

And even aside from their style of cooking unseen in much of Cary, Faulisi said the restaurant will bring something important to downtown.

“There aren’t many options for dinner downtown. It’s mostly lunch,” Faulisi said. “Here, it’s casual dining but with food that’s a little higher up than what people think of for casual.”

When deciding where to open, Faulisi said she kept hearing recommendations for Downtown Cary. 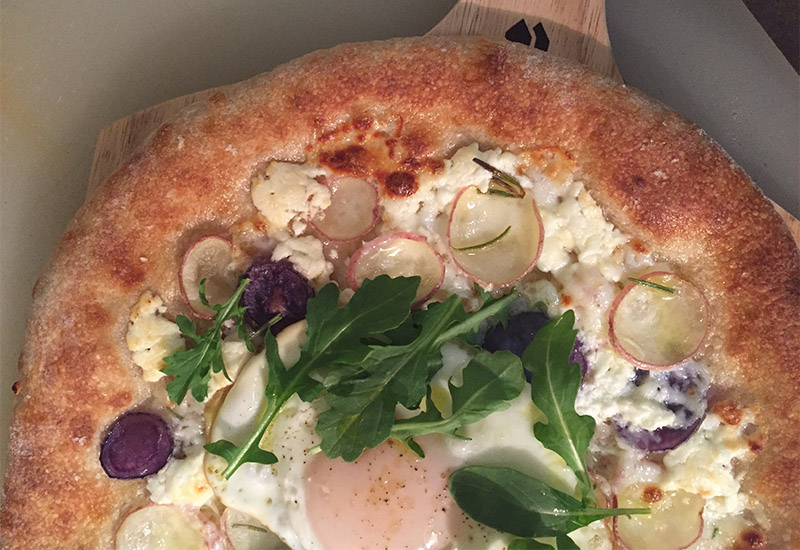 Amber and Zach Faulisi decided on pizza after traveling the West Coast and exploring what they could do with pizza and learning techniques and what ovens would be best to use. Zach Faulisi also has a connection to Italian cooking and has relatives who work in pizza

Food is an essential part of their lives, both meeting in culinary school and working in restaurants and hotels all over the country before opening Pizzeria Faulisi here.

“After working in fine dining for so long, we wanted to bring good food to the local level and not be so fancy,” Faulisi said.

Total, Faulisi said she and Zach have moved to and from Cary three different times in the past 12 years.

“When we decided where to settle down, we looked at Cary and remembered how much we enjoyed it,” she said.

Pizzeria Faulisi has a target opening for late January or early February 2017 and will be on 215 E Chatham St. 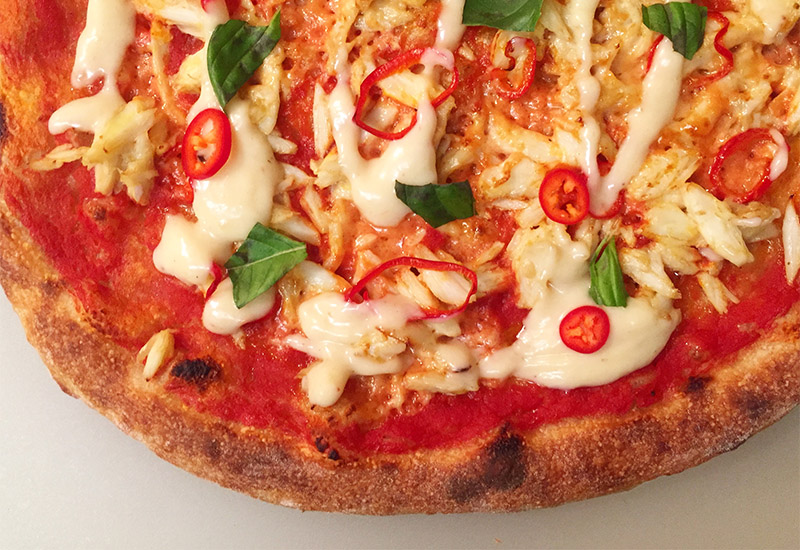 Morrisville Rebrands with New Logo and Motto
Scroll to top