Cary, NC – Happy New Year! The time between Christmas and New Year was very slow for me and was spent mostly with family. As a result I only had one meeting this week.

Thursday I met with two gentlemen representing the Ahmadiyya Muslim Community. I learned a great deal about their Islamic sect of true Islam.

BTW, ISIS believes in none of the 11.

These leaders told me that they wanted to reach young people that are being influenced by radical Islamic terrorists (like ISIS) to let them know that those beliefs are not true Islam. They very much want to take a bigger role in helping people in our community. They believe that through education about true Islam would help. If you would like to join in one of their frequent coffees and discussions contact Asaf Mirza, who is the community outreach coordinator, at asaf.j.mirza@ahmadiyya.us or Mirza.asaf@gmail.com.

I thought their message was very important to share with others especially with all the hate towards Muslims today. Acts of terrorism by Muslim extremists around the world cause many people stereotype all Muslims as terrorists. And our nation also struggles with other stereotypes towards African Americans and policemen. I believe we can only reach our true potential as a community by understanding the values, experiences, and gifts that each of us have to offer. Let’s all work together to break the stereotypes by learning and respecting each other in this New Year. The meeting with the Muslim leaders concluded after about an hour. 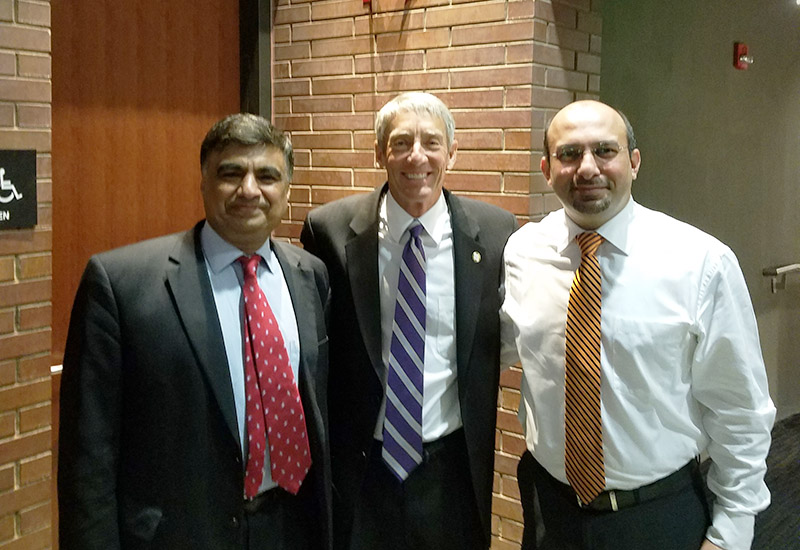 Emails from staff this week included a statement about Rachael Dolezal who was originally schedule to be part of the Dreamfest celebration. The statement is as follows:

“The Town supports Jireh Management’s decision to remove Rachel Dolezal from its Diversity Summit portion of the Town of Cary’s annual Dreamfest celebration. While we were hopeful that her being part of a panel discussion of discrimination could be meaningful, we heard concerns from pastors and citizens that her presence would result in a negative notoriety that would overshadow all of the good Dreamfest is set to deliver – something no one wanted to see happen. In Cary, we’re focused on delivering positive experiences for our community.”

Other emails from staff included updates on the future of Louis Stephens Drive. The current North Carolina State Transportation Improvement Project list, which is from 2016 to 2025, has the section of Louis Stephens Drive from Poplar Pike Lane in Morrisville to Little Drive in Research Triangle Park to include the following information:

So in summary it looks like it is about five years away from being a reality.

Next week will be busy for me and will include a work session on Imagine Cary’s transportation, a quasi-judicial hearing, a council meeting, and a visit to Davis Drive Middle School.

Well, that is all for this week. My next post will be on Sunday, January 8th.  Although I have Facebook and Twitter accounts those are not the best means of communications with me. Please send all Town of Cary questions or comments to Harold.Weinbrecht@townofcary.org and email personal comments to augustanat@mindspring.com.