Cary, NC – In Cary’s first Town Council meeting of 2017, the town approved a new benefit plan for staff, started funding for improvement projects around Cary and heard ideas about new programs and rezoning.

Getting paid parental leave for all Town of Cary employees came up at a previous Town Council meeting and town staff brought back a plan for the council to vote on. Before the meeting started, during Public Speaks Out, one resident who was not a Town of Cary employee spoke to encourage the town to pass it.

The proposal was six weeks of paid leave following childbirth, adoption or participation in a foster program. These six weeks would have to be used within a 12 month period. For example, if someone had a baby and then adopted another child three months later, they would only get the initial six weeks until 12 more months passed.

Cary Town Manager Sean Stegall said at the beginning of the process he was not sure about the need for the program because Cary already has low turnover in employees. But the more he looked at it, the more Stegall said it made sense to him. Stegall said he took a business perspective and said paid parental leave made sense for three business reasons: it makes the town competitive for new employees; it improves retention which saves money because Cary does not have to find and train new people; and it makes a good statement about how Cary is keeping up with business culture.

“Our past success is not a guarantee of our future,” Poole said.

Poole showed surveys of managers and employers who said paid parental leave helped their companies or organizations, cited the paid parental leave in place for Wake and Durham County employees as well as the Town of Greensboro and said because of the demographics at the Town of Cary, there would not be a large percentage of people using the benefit.

All Town Council members were supportive of the plan and Councilmembers Jack Smith and Don Frantz said they were initially unsure but were impressed by staff’s report. Frantz said he was still skeptical about paid leave for fathers but voted for the measure and wanted the program tracked to see how it was working. The discussion item passed unanimously.

Town Council heard and voted on a number of discussion items, including a revision to the specifications and details for Cary’s water to make it up to date with current technology being used. And related to this issue, Town Council voted to approve the bid for an aeration system at Jordan Lake, where Cary gets its drinking water. The aeration system would prevent mineralization of the water and Robert Hirt, utility engineering supervisor with Cary’s water resources department, said this system would be cheaper than buying new treatment equipment for demineralization. The Town would pay $731,500 with Apex paying $218,500 as well.

Some councilmembers wanted to ensure this system would work properly, citing the “solar bees” project, and Hirt said that while it is new, it has been used successfully in countries such as Australia. Both water-related items passed unanimously.

Town Council also unanimously passed the bid for construction of the Crabtree Creek Greenway, paying the construction company around $3.5 million.

There were two items initiated by councilmembers on the agenda, one of which was a proposal for information sessions for realtors in the area. Councilmember Jennifer Robinson, who has a realtor’s license, said she has found a significant number of realtors who have inaccurate information about Cary and wanted to set up some sort of system to educate them. While the specifics would be decided by town staff, the idea was to have a way for realtors to learn about the rules and plans of Cary, with these sessions open to the public as well.

Councilmembers Smith, Frantz and Ken George were leery, suggesting this was not the role of the town and thought there could be better ways to get information out. Smith said the new website should make it easier to find information although Stegall said the website would not eliminate this problem completely. Other suggestions included partnering with the local Chamber of Commerce to put together this kind of session or to have the realtors themselves organize an event. Town Council voted 4-3 to direct staff to look into how to best educate realtors or if they should be involved, with Smith, Frantz and George voting against it.

Town Council also voted for staff to look into a heritage tree program, prompted by a resident at Public Speaks Out at a past meeting.

Two items on the Public Hearing agenda dealt with a small piece of land at the intersection of Tryon Road and Walnut Street, next to Macedonia Methodist Church. The proposal included a comprehensive plan amendment and a rezoning. 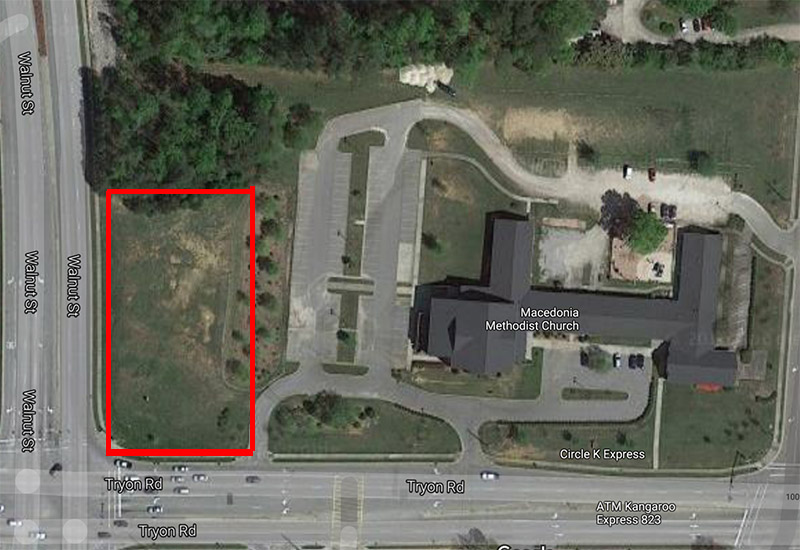 In the two-acre parcel, the goal is to put in a fast food restaurant with a drive-thru. One speaker, on behalf of the Macedonia Methodist Church’s Board of Trustees, said he is happy to have them there. The land is owned by the church and they do not want to continue paying for maintenance and cleaning it themselves but because of its isolated location, they have only gotten two offers and prefer the restaurant’s.

The owner of the CVS across the street said he was fine with the business in theory but did not think the plans took into consideration the Cary Community Plan’s projection that the stretch of Tryon Road in front of it would become a six-lane road.

Councilmembers had questions about the location, namely the medians on Tryon Road and Walnut Street and the difficulty of how to turn into the business, given its right-in, right-out and one-way-in roads. The proposal went onto the Planning and Zoning Board for their recommendation.

There was also a public hearing on amendments to the Round 38 Land Development Ordinance. These dealt with, namely, the location where someone could position a garage and changes to the way the town held information sessions on certain rezonings. The amendment also included some smaller matters such as allowing crematoriums in industrial-zoned areas and modifying provisions on perimeter buffers. 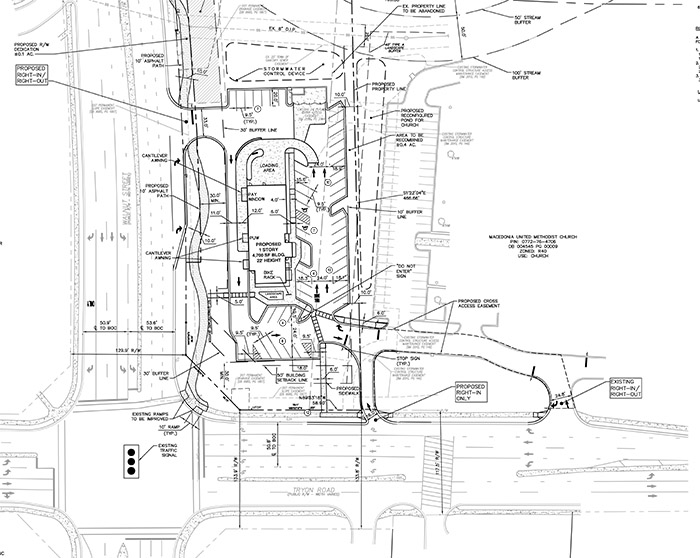 One speaker came to talk about where he wants to build his garage and Town Council did not take issue with that part of the amendment. But questions about information sessions came up and Councilmember-At-Large Lori Bush worried about information meetings initiated by the town being treated differently than meetings initiated because of businesses and private citizens. The amendment was referred to the Planning and Zoning Board for their recommendation.

Aside from the residents who spoke in favor of Cary’s paid parental leave, there was only one other topic at Public Speaks Out but five different people talked about it. They spoke about the Sree Venkateswara Temple and the proposal in the Cary Community Plan to extend Chapel Hill Road in front of it to six lanes and said this will impede visitors. This same concern has come up at past meetings.

In a rare showing, Cary Mayor Harold Weinbrecht commented after Public Speaks Out concluded to tell the speakers and other temple members gathered that the Cary Community Plan can be amended in the future and, as vice-chair of CAMPO, he can promise the road would not be extended to six lanes anytime soon because it does not have the funding.

“I don’t think that road’s being built in my lifetime,” Weinbrecht said. “Whoever gave you information has upset you for no reason.”

Also on the agenda, Town Attorney Christine Simpson said the town has reached an agreement and settlement with American Asset Corporation, who are building the Alston Town Center, over a dispute dealing with reimbursement. The Town of Cary has given the company consumer credits as part of the settlement. 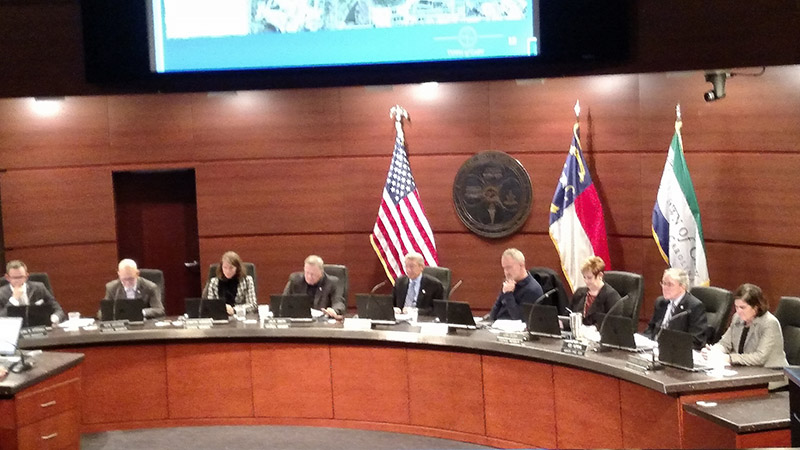 Three to Five Inches of Snow in Cary?