Cary, NC – Even when the holiday season is over, the push for donations continues. At Waltonwood Cary Parkway, residents are putting together a food and supply drive for Dorcas Ministries and are asking the community for help.

Senior living community Waltonwood Cary Parkway is gathering donations from now until Friday, February 3, 2017. They are taking everything from preservable food such as rice, soup, flour and oil as well as supplies such as diapers, paper towels and cleaning supplies.

Food and hygiene products will go to help local people, including those affected by recent bad weather.

The drive was inspired by one of Waltonwood’s residents, Bill Wimberley. Wimberley currently volunteers for Meals on Wheels and worked in the program for more than 10 years.

“All of my life, I’ve tried to volunteer where and when I can,” Wimberley said. “The importance of giving back to others in my church and in the greater community is a value that’s always been a part of my family. It is something my wife and I instilled in our children. I am proud that the community is holding a food drive, which I believe will positively impact many lives.” 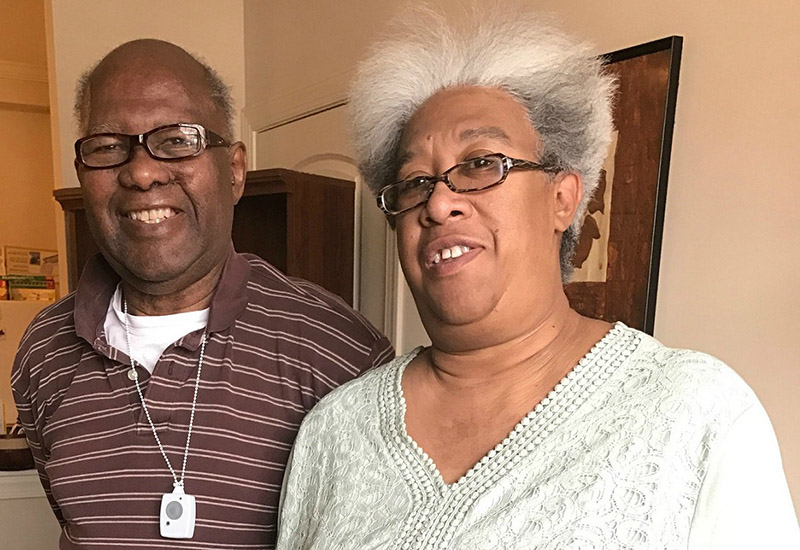 Wimberley and his daughter Carmen Cauthen

Wimberley’s experience with Meals on Wheels and volunteerism goes back many years and connects to his wife Cliffornia, who was a charter member of the local Meals on Wheels in the 1970s.

Wimberley said he has tried to pass on his values of giving time to help others to his children and grandchildren, which his daughter Carmen Cauthen agrees with. In fact, Cauthen said she thinks seniors such as her father are especially prone to volunteer their time.

“Seniors have a great opportunity to give back to others,” said Cauthen. “Younger adults are often busy raising their children and don’t always have the time. I think older adults often underestimate all that they’re able to accomplish. Many times a simple smile or a call to people who are ill can make someone’s day, and it is an easy way to give back. I love sharing time with my father in this way, and I hope that his dedication encourages others to give back to the community as well.”

As the donation drive goes on, Wimberley is not the other resident working to keep it going and Waltonwood’s Executive Director Leighann Hamby said the community at large is participating.

“Our residents visit the Dorcas Ministries thrift shop regularly on their outings and wanted to go the extra mile by making donations directly to those who are in need in their area,” Hamby said. “Giving back to others is something we feel is important for us to do as a community, and we take the lead from our residents. We believe in supporting causes that are meaningful to them personally.”

The drive is open at Waltonwood Cary Parkway at 750 SE Cary Pkwy until Friday, February 3, 2017. 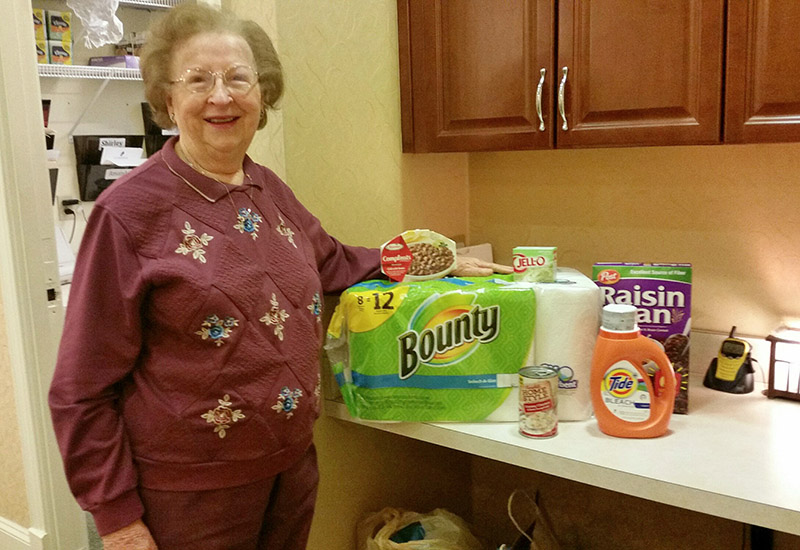