Cary, NC – This was a very busy for me week for me.

Following the agenda meeting I, along with Mayor Pro-Tem Yerha, met with the town manager for my weekly one-on-one. We mostly talked about the retreat and a downtown business. Our meeting concluded after about thirty minutes.

Tuesday was a busy day for me and council.

Afterwards the council held their second regularly scheduled meeting of the month. Regularly scheduled meetings are usually held on the 2nd and 4th Thursday of each month. But since the council-staff working retreat started Thursday night the meeting had to be moved. The meeting included 16 consent agenda items and 7 discussion items. In addition, there was a closed session. Several people spoke about the Cary Community Plan worrying that the plan’s designation would prevent them from rezoning their land. Actually, the plan called for more flexibility in that matter. After discussing the plan at length including the concerns of the citizens, the council unanimously approved the plan. In other actions the council approved the plan for Lazy Daze to be 2 days again this year on town hall campus. Council also adopted a Resolution approving Interlocal Agreement for the Administrative Distribution of the Wake County $7 Vehicle Registration Tax. Our meeting concluded after a little over two and a half hours.

Wednesday – State of the Town Address

Wednesday I presented the State of Cary address to a crowd of 230 at the Cary Chamber’s Eye Opener breakfast. I spent a couple of weeks writing and rewriting this address and passed it along to the PIO office and the town manager for fact checking a little over a week ago. I spent the last week creating a PowerPoint and rehearsing the PowerPoint slides so that I could speak from the slides. I thought my presentation went well and there were only a couple of minor points I forgot to make. I will make the entire address available in next week’s blog. Here are just a couple of excerpts from the address:

“… Improving on our excellent level of service might not be an easy but it something that we are well positioned to tackle.  Cary benefitted from the rapid growth over last three decades and the infrastructure that supported that growth has begun to show its age.  Our aging infrastructure will require additional investment if we are to avoid the pitfalls of countless other communities.  Their approach was to avoid the difficult conversations which resulted in a lack of investment in infrastructure which inevitably translated into community-wide disinvestment and lower property values, from business owners to homeowners.  This will put a great amount of pressure on the elected officials to hold the tax rate down…

So how do we tackle maintaining excellence and moving to the next level of excellence as expenses mount? One way is by focusing on growing our economy. This will require overcoming many obstacles such as business unfriendly legislation like HB2. We can no longer wait for companies to show interest in North Carolina before recruiting them. Instead we must travel to them. I am confident that if companies in areas like Silicon Valley and New York knew what Cary had to offer, more would be very interested in growing there businesses here.  So it’s incumbent upon all of us as community leaders to tell them.

But before we present ourselves outside of North Carolina we must rebrand ourselves. Why? We need to change the perception by some that Cary is a small town in North Carolina that is no longer a progressive state, or the perception that Cary is just a bedroom community of Raleigh. We must let everyone know that Cary has worldwide headquarters of major corporations; we are America’s home for amateur sports and much, much more. Our brand needs to be known as having demographics that are incredible and a talent pool is immense. We can start before a branding campaign has even begun. For example, this year I intentionally titled this annual address as State of Cary rather than State of the Town. While we all love, embrace, and want to protect our small town values, we must realize that those places like Silicon Valley and New York might have a different perception of the Town identification. Changing this perception begins with how we brand ourselves. …”

My presentation lasted roughly twenty minutes and then I spent about 10 minutes answering questions. I will deliver the address again this coming week to the Rotary Club. Also, a version of the address will be taped to be shown on our Community access channel. 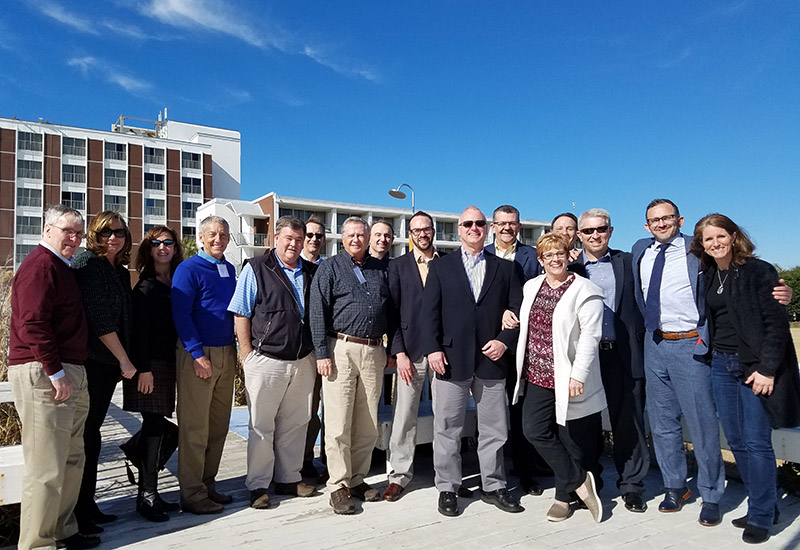 Thursday the council traveled to Wrightsville Beach for the annual council-staff working retreat. That evening the council had dinner in the hotel (open to the public) and discussed only social issues not related to the town. It was a good time to get to know each other better on a personal level.

Friday the council began the two day planning retreat. Our first topic introduced to megatrends. Some points that I thought were worth repeating:

Our second session was on Trust and Confidence in Government. Here are some points from that discussion:

At lunch on Friday I was joined by the Mayor Bill Blair, Mayor Pro-Tem Darryl Mills, and council member Hank Miller from Wrightsville Beach. There were an absolute joy to talk with and had very interesting problems with massive swings in population and addressing infrastructure needs.

Friday afternoon’s first session was on fiscal sustainability and again infrastructure. Here are notable items from that discussion:

Our last session on Friday was on medians and their importance as one of our defining characteristics. Items of note from that session include: 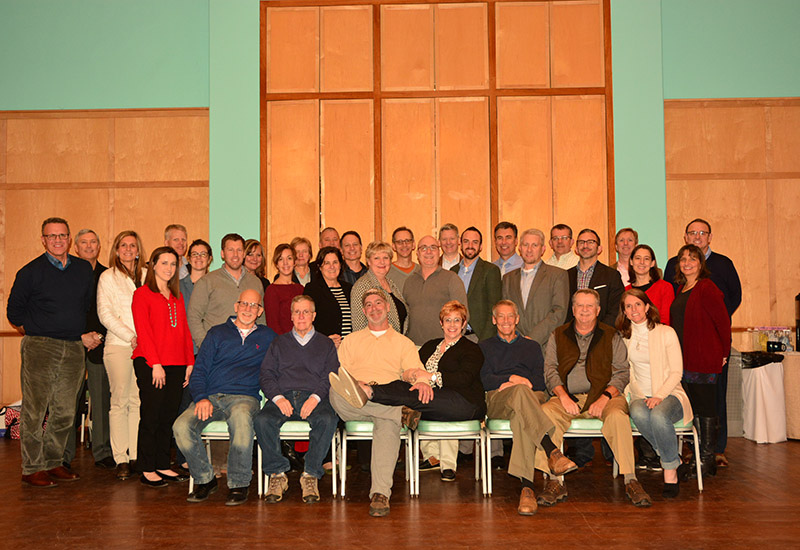 Our first session on Saturday was about our maturing community. It included two exercises. The first was to see what routes and places council visited most often. The exercise showed that almost all of us don’t visit certain areas of Cary very often. We challenged each other to take time to travel to different areas. Other notable items from this session include:

In the next session the council named the park south of Morrisville Carpenter Road “Good Hope Farm.” The 30 acres of farmland will be preserved with long range plans to utilize the property for the purpose of focusing on the area’s agricultural history and farming practices.

The remainder of the retreat was spent on council and staff priorities.

It is important to note that during the retreat all that were present participated in the discussions. This was essential since staff members are the full time experts. In addition, staff members presented outside of their field of expertise as Cary’s town manager begins his process of breaking down silos. He believes, and I agree, that there is untapped talent and potential with this staff that is IMHO the best staff in the state if not the nation. From my perspective this was a great retreat especially to have two days of discussing and focusing on issues with key town staff and council. This time is invaluable as we plan to move forward in Cary.

Emails from staff this week announced the beginning of traffic signal operations at Chatham Street on Cary Parkway. The signals will be flashing until January 31st when they will become active.

Well, that is all for this week. My next post will be on Sunday, February 5th.  Although I have Facebook and Twitter accounts those are not the best means of communications with me. Please send all Town of Cary questions or comments to Harold.Weinbrecht@townofcary.org and email personal comments to augustanat@mindspring.com.