Cary, NC – It’s that time of year again when we get a week of beautiful sunny weather and then it snows in the middle of March, with light snowfall expected this Sunday, March 12, 2017. 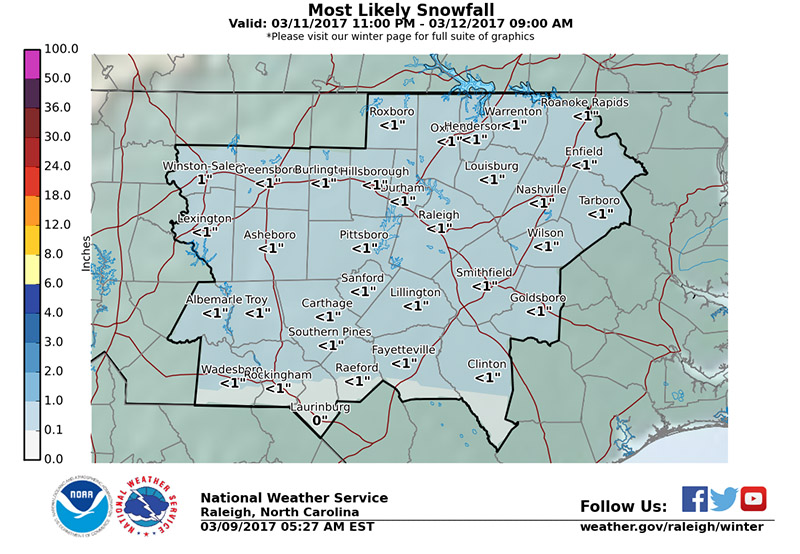 The highs on Sunday are about 41 degrees Fahrenheit, then 45 degrees on Monday and 52 degrees on Tuesday. 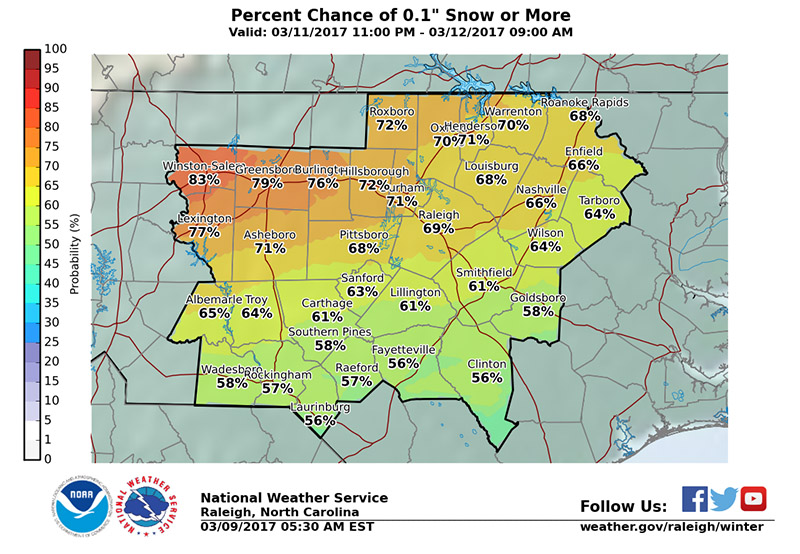 For now, predictions have snowfall as very light, with between one and three inches. Also, forecasts call for rain on Monday and Tuesday which may alleviate any snow that remains on the ground.

In all cases, the likelihood of snow is 60 percent both Saturday and Sunday.

If there are new forecasts as far as snowfall or duration, we will update the article accordingly so keep checking back. 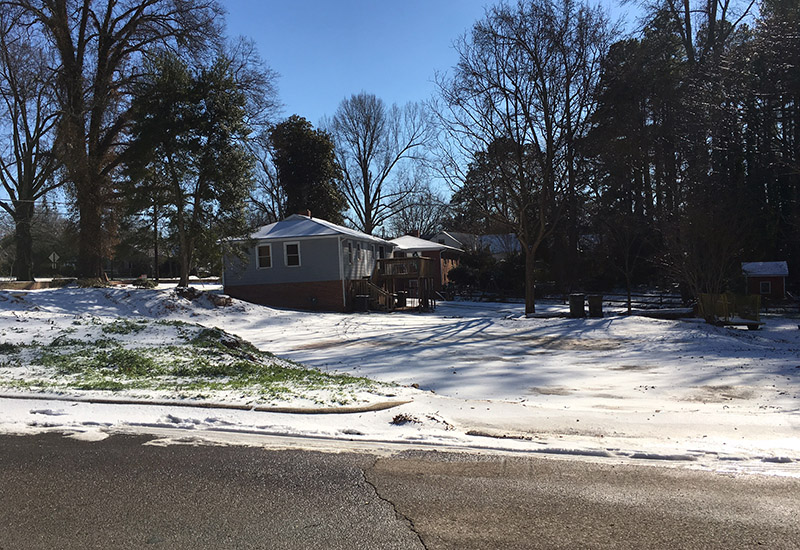