Cary, NC – The stretch of Waldo Rood Boulevard from Cary Parkway to MacArthur Drive is closed after a water main broke morning on Monday, March 27, 2017. 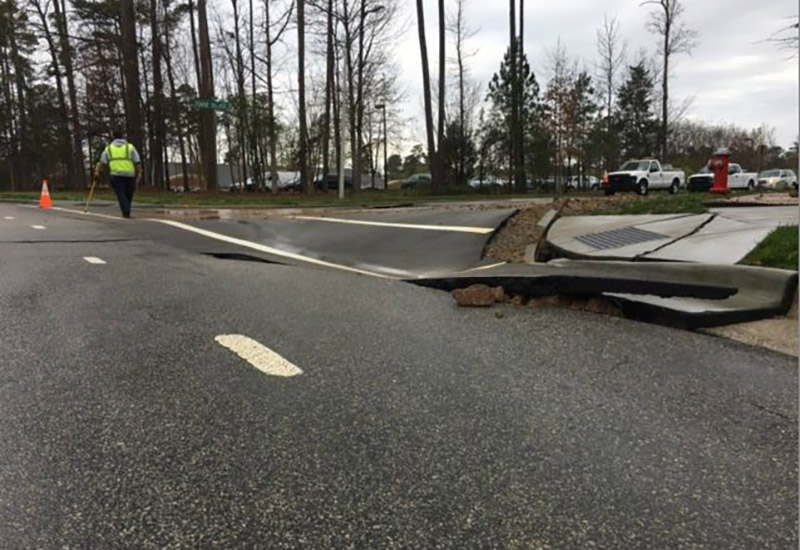 Repair crews from the Town of Cary and local contractors began work on Waldo Rood Boulevard around 8 AM after a 30-inch water main broke. Road work initially resulted in Cary Parkway changing to a one-lane road though it is now fully open.

Currently, work is being done to excavate the line to find the specific damage to the line. According to Carrie Roman, Cary’s public information specialist, there is no known cause of the damage yet while excavation is going on. 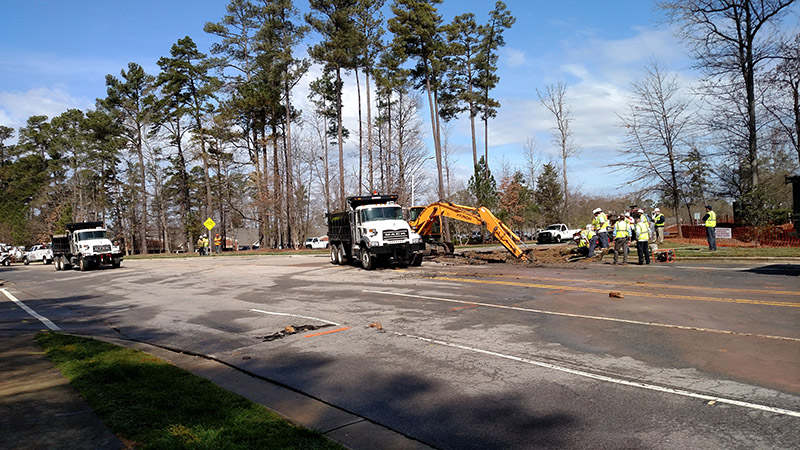 Furthermore, Roman said there is no timeline for repair yet because the nature of the water line break is still being determined.

Potable water in the area has not been impacted. At the time of the initial line break, Roman said there was a drop in water pressure but not an unsafe drop. 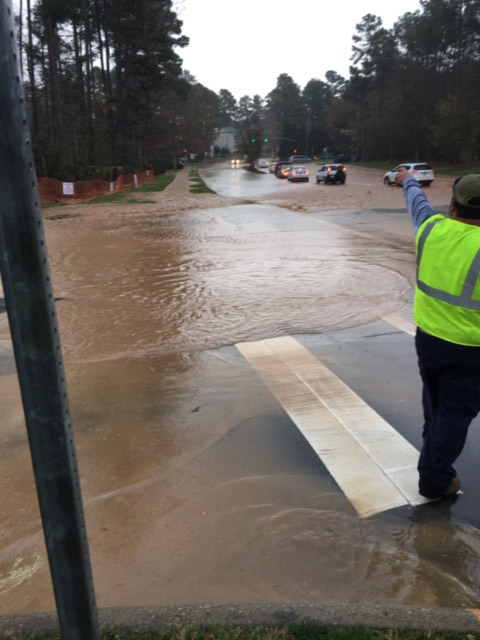 We will update this story as more information becomes available. 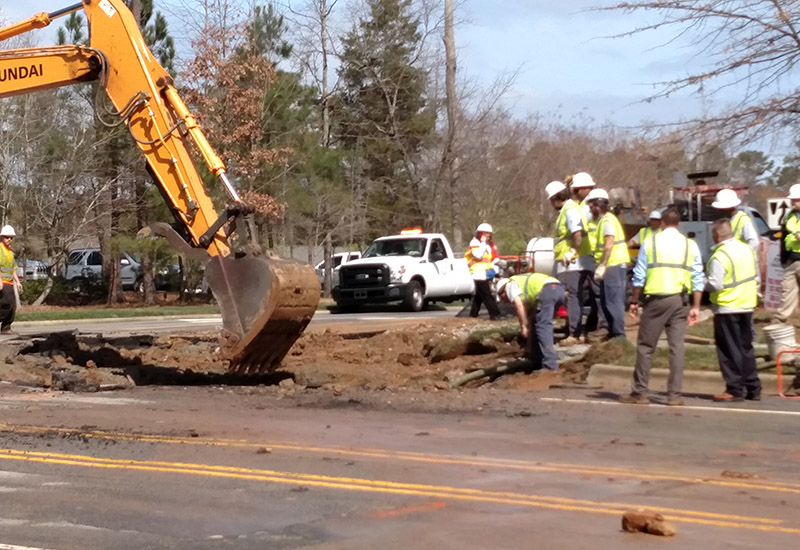 Story by staff reports. Photos by Michael Papich and the Town of Cary.

Harold’s Blog: Trip to Arizona, Learning About Other Towns