Cary, NC – In their first home game of the regular season since changing their name, North Carolina FC brought home a big win against FC Edmonton. 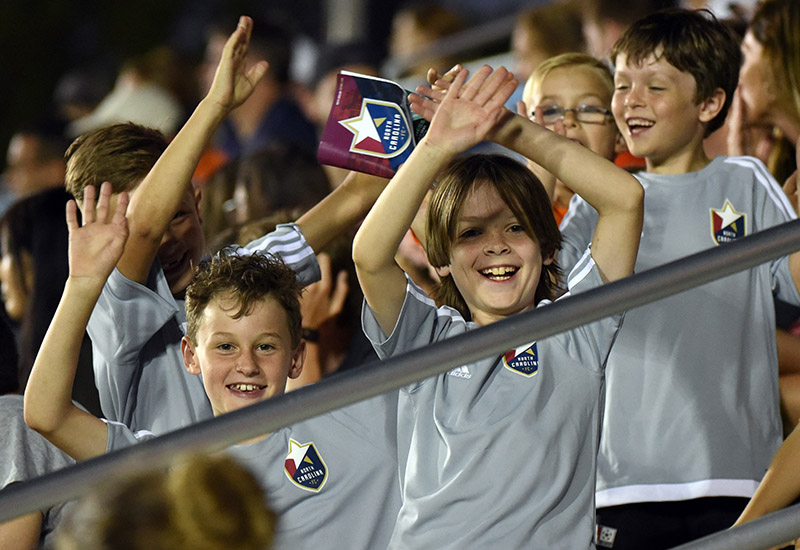 There have been a lot of big changes since the Carolina RailHawks wrapped up their season in Cary. First, there was the name change and rebranding to North Carolina FC, then the announcement the team is bidding for an MLS franchise and there are plans in the works to build a new, 20,000+ seat stadium for the team. On top of that, in the past month, the stadium here in Cary changed its name to Sahlen’s Stadium at WakeMed Soccer Park.

Now, with all these changes, North Carolina FC returned home to Cary on Saturday, April 15, 2017 to take on Edmonton FC for the first game of the new season. And the home advantage seemed to boost North Carolina, with an early lead in the fourth minute thanks to a free kick delivered by Lance Laing.

Not long after, North Carolina captain Nazmi Albadawi took the ball far down the field, carrying it the entire time without any passes, and got a shot in against Edmonton goalkeeper Chris Konopka. It was a low shot but it was enough to raise the score to 2-0.

Matt Fondy, the team’s top scorer last season, added a third goal to the stack with a kick off of a cross from Steven Miller.

Edmonton did not give up, with Tomi Abeobi scoring on Brian Sylvestre after a rebounded shot, giving the Canadian team a point late in the game. But North Carolina hammered their opponents with goal attempts the entire time and it proved too much, with the match ended 3-1. 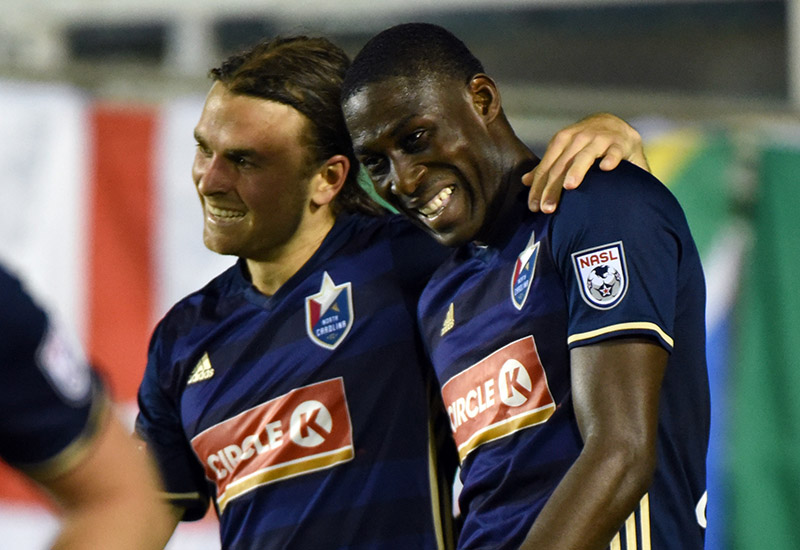 With such an impressive win on their first home game, Head Coach Colin Clarke’s thoughts were easy to guess.

“I’m happy for everyone involved,” Clarke said. “It has been a good, positive weekend.”

And a big part of the reason it was such a positive weekend to Clarke is because, at the same time, the NC Courage won their first ever match against the Washington Spirit, 1-0.

Looking at North Carolina FC now, there are some trends emerging. They are an active team, consistently out-shooting their opponents. While this does not always translate to a win, it keeps the pressure on the other team and has worked for the team in previous seasons.

“We knew we would cause them [Edmonton] problems,” Clarke said. “We move the ball very well and create a lot of good stuff in the first and second half.”

Also, Fondy looks like he will be a force to be reckoned with yet again, already in the lead as the team’s top scorer this season again. 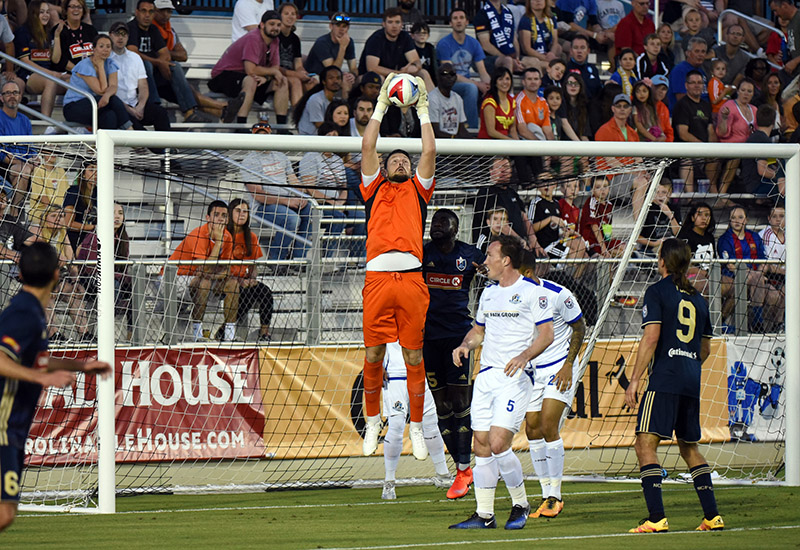 Jeff Ulma On His Retirement and Time in Cary