Cary, NC – Cary’s new Downtown Park has been open more than a month now and its fountain has become a key component, both attracting visitors and raising money for a program to support Cary residents.

Planning for Cary’s Downtown Park started back in November 2013. Among parameters laid out, from its size to its proximity to the coming library, included a water feature.

Over time, and through Town Council input, the fountain took on a more traditional design, ending with the fountain the park has now with three tiers, classical columns and a bowls arranged around it, from planter bowls near the base and a central bowl on top.

There were original plans to include the Town of Cary seal on the fountain as well as the dogwood tree symbol. But the Town Council decided against this because, according to meeting notes, “they would distract from the look of the fountain and the dogwood integration into the fountain bowl would not be seen.”

The fountain sits at the entrance to the park, near the stairs and adjacent to the table tennis and foosball court. 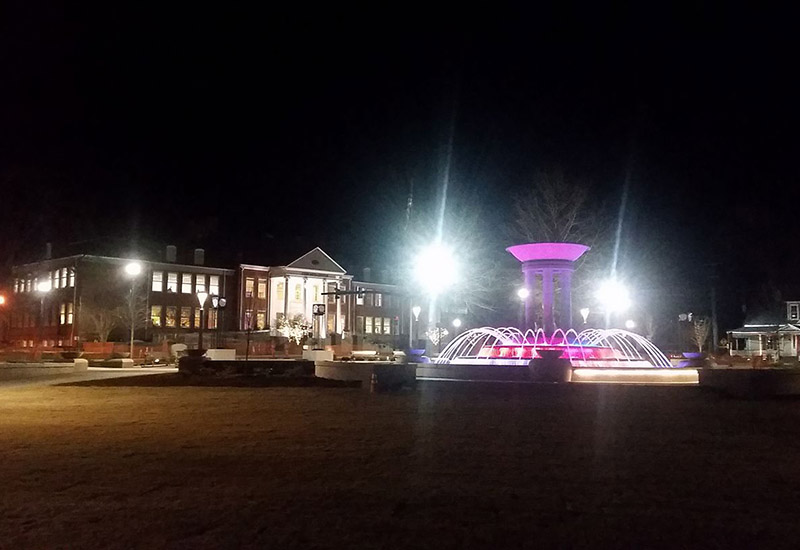 With the arrival of a fountain in Downtown Cary, a new question came to the town: what to do with the coins thrown in the fountain?

The tradition of throwing coins into fountains comes from a mix of European folklore of “wishing wells” and the Trevi Fountain in Rome, where the Euro equivalent of $1.5 million in coins was collected in 2016. The 1954 film “Three Coins in the Fountain” then popularized the idea.

At the Thursday, April 13, 2017 Town Council meeting, the town discussed this subject, as Mayor Pro Tem Ed Yerha discussed the popularity of the Downtown Park, attributing part of its success to the fountain.

“I think it would be great to designate [the money] in some way that directly gives back to the community,” Yerha said. “If it is something, if done in the right way, could benefit the community and would allow our citizens to participate in doing this rather than literally throwing their money away.”

At that meeting, Town Manager Sean Stegall discussed plans town staff had to extract the coins and their proposal for its use: the Relief for Recreation Scholarship Fund. This fund pays the fees for activities in Cary run by the Parks, Recreation and Cultural Resources committee for people who could not otherwise afford it.

“We don’t have petty cash at the Town of Cary which means that we account for every penny to the T,” Stegall said. “So we have a process to be able to account for the coins that are donated, via a wish or what have you.”

Stegall also proposed a period where the Downtown Park and the fountain are advertised and encourage people to visit and throw coins in the fountain because of this new policy to have the coins go to the scholarship fund.

“We don’t know how much we would get but it would certainly be more than we get now,” Stegall said.

This proposal was unanimously supported by Town Council.

“When we’re talking about coins in a fountain, we’ve got some pretty good problems in Cary,” said Town Councilmember Don Frantz. 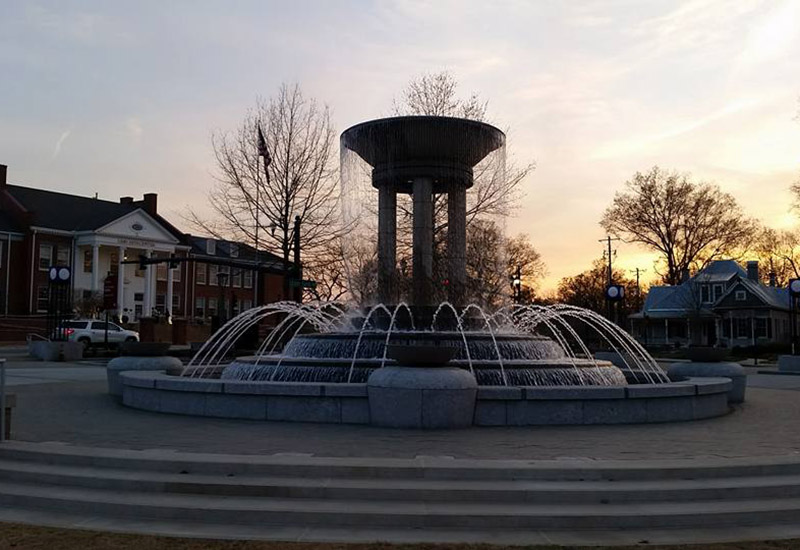