Cary, NC – While Downtown Cary was abuzz for the dedication celebration, North Carolina FC took on the Indy Eleven in a grueling home game that ended in a loss for the home team. 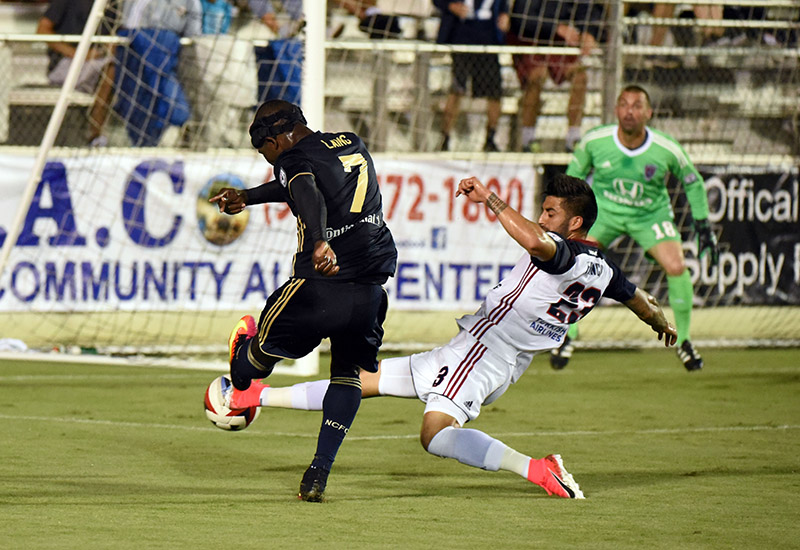 While the Saturday, June 24, 2017 game at Sahlen’s Stadium at WakeMed Soccer Park started late due to heavy rain and lightning, North Carolina FC came out of the gate with a lot of energy. In just the ninth minute, a series of passes from Nazmi Albadawi to Billy Schuler to Tiyi Shipalane resulted in a goal for the home team.

But Indy Eleven were undeterred and around 10 minutes later, Justin Braun got the ball and scored on North Carolina. Braun is  known as one of the top offensive players in the entire league and he proved that Saturday night, getting a vicious header into the bottom corner of the goal.

Then, in the 28th minute, Braun took advantage of a miscued kick by North Carolina’s Brian Sylvestre. Braun got the ball to Eamon Zayed, who got it into the net to give the Indianapolis team a 2-1 lead.

With so many goals coming quickly in the first half hour of game play, it was surprising the rest of Saturday’s game didn’t see any more points scored. Unfortunately, this left NCFC behind for the remainder of the match.

The home team attacked the ball hard but Indy’s Jon Busch protected the goal hard, making impressive saves for his team. And to North Carolina’s credit, Braun led several charges on their goal but could not add a third point to their score. Indy even had a penalty kick but it was blocked by Sylvestre. But none of these impressive saves could make up for a lack of goals and the game ended 2-1 in Indianapolis’ favor.

“I thought we created enough chances to get something from the game,” said Head Coach Colin Clarke. “It was a pretty open game. Overall, we weren’t clinical enough in front of goal. It’s disappointing.”

The next home game is on Independence Day against the top ranked Miami FC at 7:30 PM. 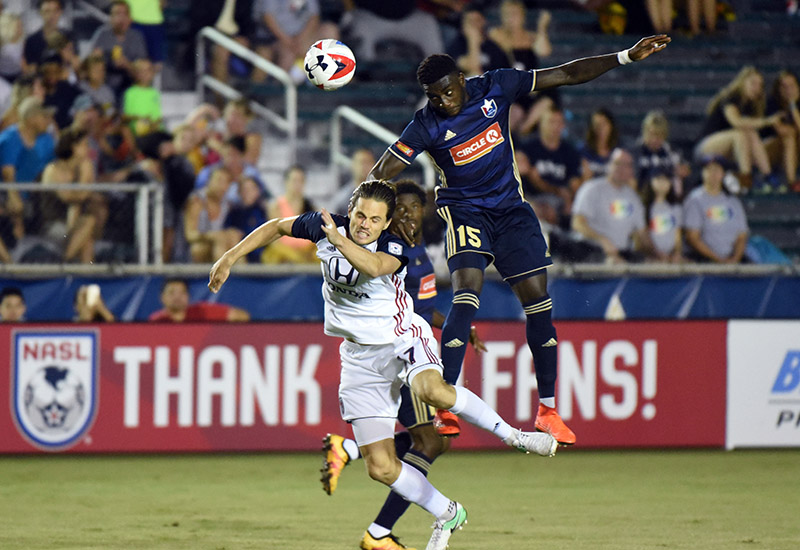