Cary, NC – With the new football season starting up in around a month, young players are flocking to camps to get their training and conditioning in before August. And one local camp is giving players coaching from experts while also finding a way to give back to the community at large. 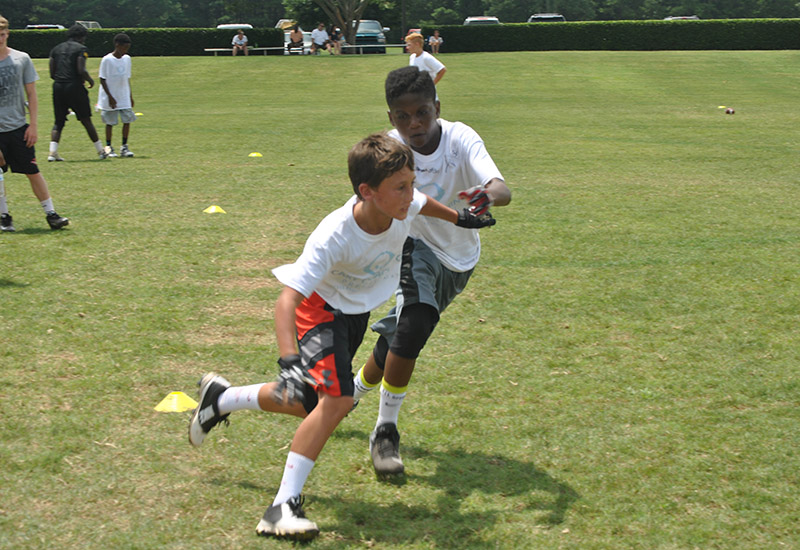 Giving Back to the Community

Coleman Tyrance founded Cary Coaching Precision in 2008 and has been holding the Football Food Drive Camp ever since then. In it, players from kindergarten up to high school seniors get coaching from high school and college coaches, college players and even NFL players in some years, such as the Carolina Panthers’ Kevin Norwood.

“I’ve been coaching for 13 years so luckily, when I coached at Hargrave Military Academy in Virginia, I coached a lot of kids from around the country, including four and five-star guys,” Tyrance said. “I still hear from players who ask me to work with them and I can get some of those kids to come back and work to train players here.”

But what makes Cary Coaching Precision’s football summer training camp unique is its focus on collecting food to donate to the Food Bank of Eastern and Central NC. Last year, working with Dorcas Ministries, the camp collected 1,700 pounds of canned food and this year is aiming for 2,000 pounds. 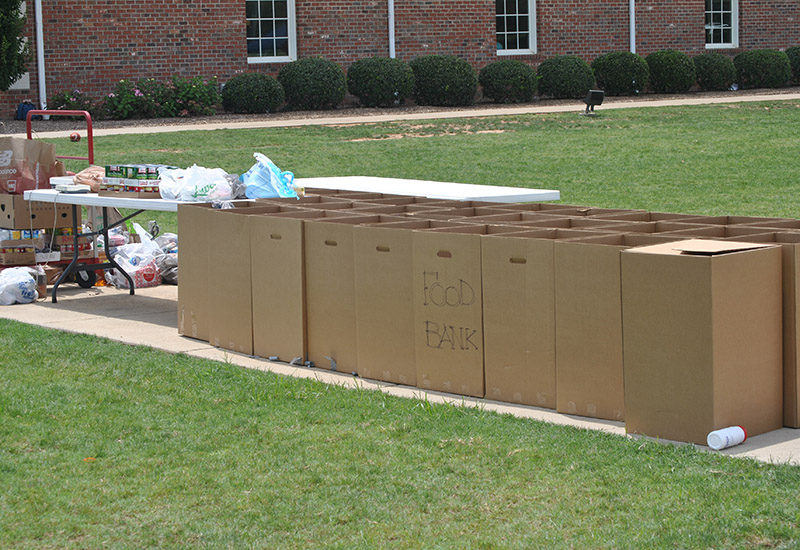 Tyrance said his interest comes from volunteering at soup kitchens and food banks when he was a student at Cardinal Gibbons.

“I still had a passion about that part of community service,” Tyrance said. “People think everyone in Cary is doing great but there is a population here that has a need.”

And with each year the camp has been going on, Tyrance said they have gathered more and more food, raising the bar each time.

“It comes down to the kids coming to the camp. Their friends and family and community want to help out and they collect the food,” he said. “And by collecting from the local grocery stores around the area, the food stays in Cary.” 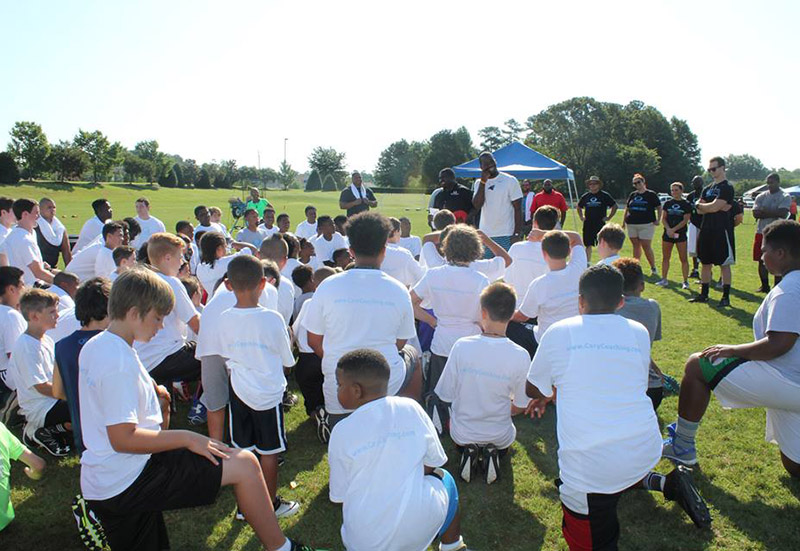 Getting Back in Gear

The camp starts on Saturday, July 8, 2017 at Colonial Baptist Church, with coaching for each position. Tyrance said, with the wide age range, it is split so college players coach the players on the younger side while coaches from high schools and Division II colleges train the older players.

“With the young kids, they may be new to football so they aren’t just being trained as a quarterback. They’ll learn every part of the game,” he said. 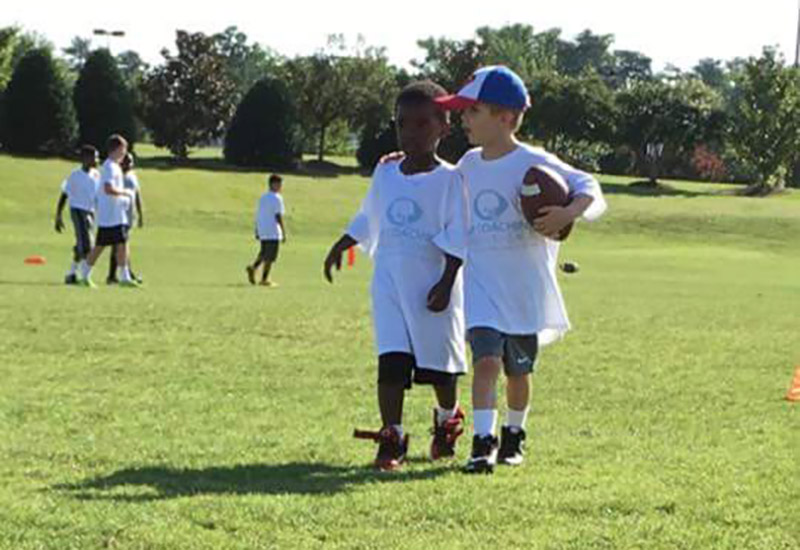 But with older players who may know their preferred position, Tyrance said they will be trained as a quarterback or offensive lineman or cornerback or whatever they play as.

“A big part is to get kids back in gear, since they may have been playing lacrosse or soccer before this,” he said. “We get them back into the hussle and focus on the fundamentals.”

Players also get lunch included with their training and Tyrance invites a speaker for them to share his experience – not just with football but with academics and the importance of doing the right thing.

“And with the college players working with the kids, they tell them about hard work and what it takes to be a football player,” he said. “Some of them get emotional and tell me, ‘I wish I had that when I was a kid.'”

Colonial Baptist Church is located at 6051 Tryon Rd. in Cary. 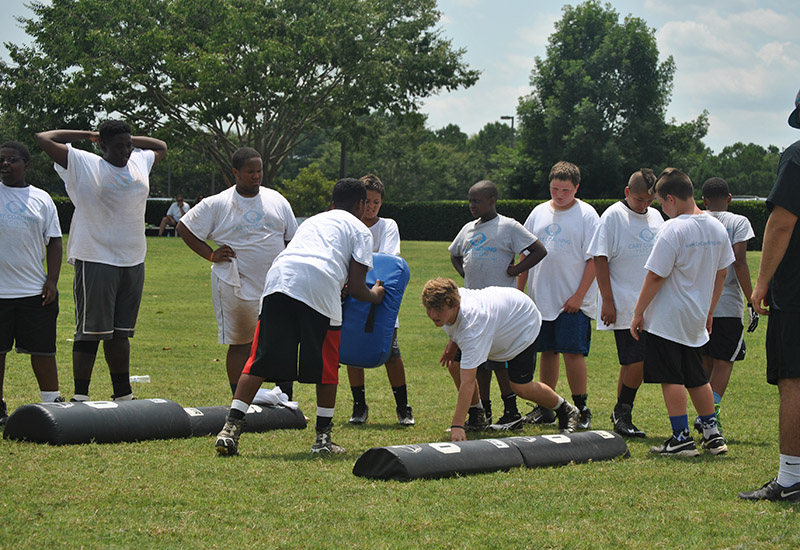