Cary, NC – The possibility of Wegmans coming to Cary has excited residents for more than a year now. While two potential stores have been bandied, the Cary Town Council has given its first sign of support to one of these grocers.

Over the past years, two locations for Wegmans stores in Cary have been discussed: one by Cary Towne Center and one off of Davis Drive. This past Thursday, July 13, 2017, the Cary Town Council held a Quasi-Judicial meeting where they discussed the latter of these two plans, voting for it unanimously.

For this West Cary Wegmans, the developers were asking for a 130,000 square foot store. This went against the town’s limit of 100,000 square feet, and also would include a drive-thru on other proposed retail and office space, both of which required a Quasi-Judical meeting to see if they would be allowed.

The sketch development plan presented at the meeting includes the 130,000 square foot Wegmans, as well as other small parcels, making the total plan include 160,000 square feet of retail. It would include a 15-foot streetscape and two small ponds on the property, which borders Hatchs Pond.

For the traffic study, the developers said this proposal would generate 13 percent less car traffic than the PDD that was already approved for this location. The president of the nearby Twin Lakes Home Owners Association spoke at the meeting and said they support the development but would like some traffic mitigation procedures in the future. However, because of the nature of the Quasi-Judicial meeting, his views and petition on the matter could not be accepted into evidence. No speakers came to speak out against the request. 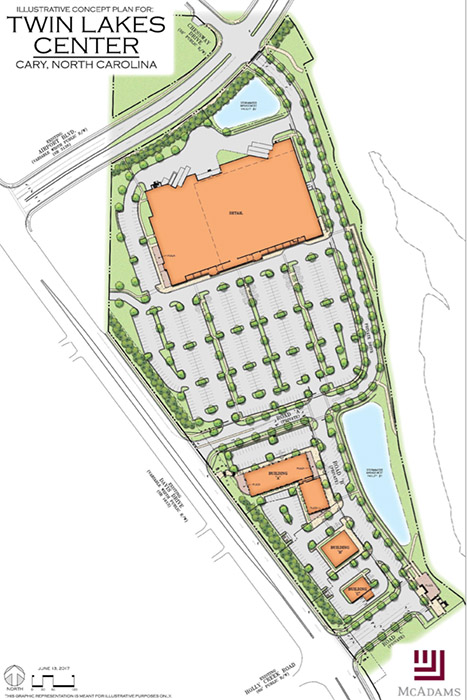 In the deliberative phase of the meeting, Cary Mayor Harold Weinbrecht brought up concerns about the images of the Wegmans and community gathering spaces and pointed out how no requirements are in place for the aesthetics shown in the design sketches.

“We’ve been burned before,” Weinbrecht said.

But the layout of the proposal is built into the requirements and Cary Councilmember Don Frantz pointed out that the proposed community gathering spaces in the plan would still have to fit the town’s guidelines. Frantz added that he doesn’t like how the loading docks for the Wegmans will face the street, calling it “ugly,” but still said he liked the plan overall.

Following this vote, a site plan still needs to be approved by the Town of Cary.

The current plan is for construction to begin in Spring 2018, with the Wegmans completed near the second half of 2019. 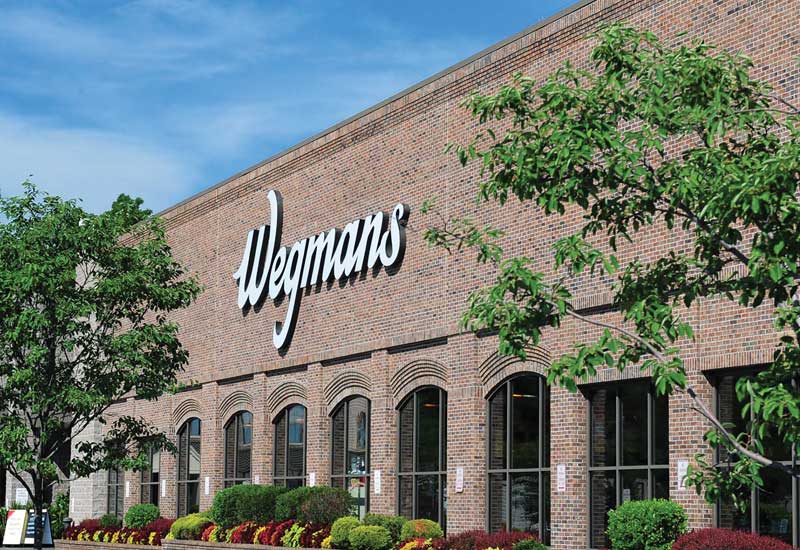 Story by Michael Papich. Photos courtesy of Wegmans and the Town of Cary. Community coverage sponsored by Waverly Place.