Cary, NC – La Farm Bakery has been a Cary institution since 1999 and it now has a second location as the doors are open to its new bakery in Downtown Cary.

Lionel Vatinet, the baker behind La Farm with his wife Missy, said the new store came from a need for a bigger space.

“We will not take on more than we can produce,” Vatinet said. “We want to be able to maintain our current quality.”

Vatinet, a James Beard Foundation “Outstanding Baker” semifinalist, said while La Farm is now bigger, it is still a neighborhood bakery, with a focus on quality and local ingredients.

“Now people who work and live around downtown can come and enjoy our bread,” Vatinet said. “We are Cary all the way and we want to use more and more local grain and millers. That also creates bread that is good for the health.”

And this new production bakery is only Stage One, as Vatinet put it. The new bakery is in the downtown Sorrell’s building and will expand to take over the rest of the space, eventually taking in tenants to join the “La Farm team.” 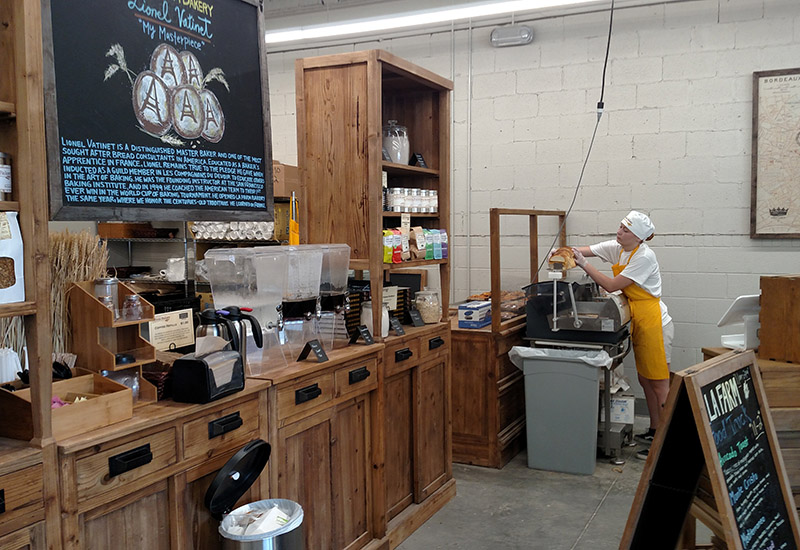