Cary, NC – Local fans got to see a special showdown as North Carolina FC took on the English Premier League team, Swansea City AFC. And once again, the home team was not defeated, even against one of the top teams in the world of soccer. 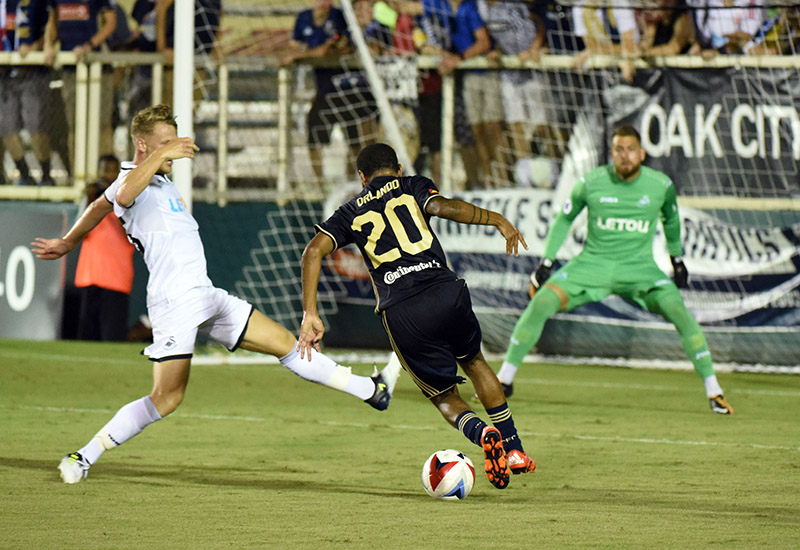 On Saturday, July 22, 2017, North Carolina FC took on a Premier League team for the second time, after playing West Ham United last year when still under the Carolina RailHawks’ moniker. Now, with a crowded stadium and an exciting new opponent, everyone was geared up for a tight game.

While NCFC is known for its fast and aggressive offense, that would not work as well with this experienced and elite team. So they adjusted, focusing on a strong backline defense that kept Swansea City away from the goal in the first half.

Meanwhile, NCFC looked for goals where it could, coming very close in the 19th minute as Matt Fondy helped get the ball to Dre Fortune behind Swansea’s defenses. But in a direct confrontation with Swansea’s goalkeeper Lukasz Fabianski, Fortune could not connect. The first half ended scoreless. 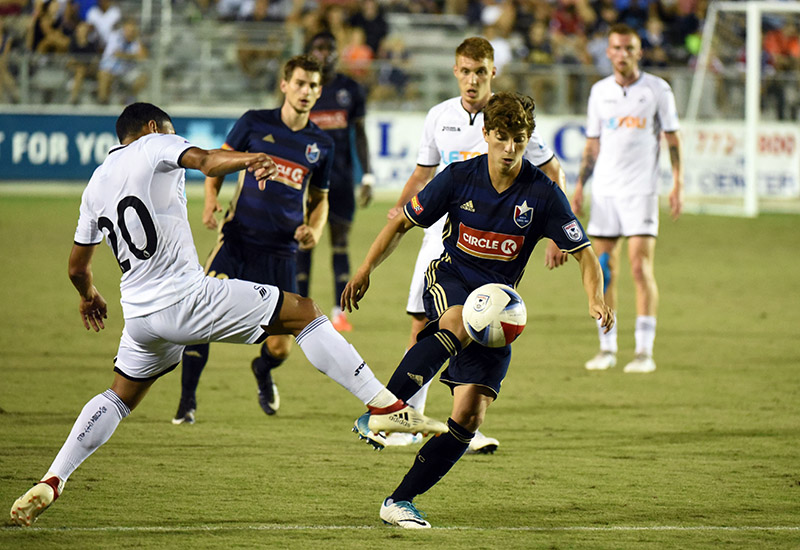 New Chances in Second Half

As the second half started, both teams substituted a large number of players. And while NCFC’s Brian Sylvestre has done very well for the team, substituted goalkeeper Macklin Robinson really proved himself. He made two huge saves, one to stop a header from inside the box and an unbelievable diving save to stop a point-blank kick from Swansea’s Leroy Fer. After this performance, it wouldn’t be surprising if we see more gameplay from Robinson.

But as the minutes counted down and there were still no points on the board, the two teams seemed to ignore the playbook and just play with sheer heart and adrenaline. The teams exchanged big goal attempts, with big kicks following one after the other, but nothing was able to get past either team’s goalies.

It came down to the wire in the 90th minute and Swansea almost came out on top with a header from Van Dor Horn. But NCFC’s other substitute goalkeeper, Matias Reynares, saved it in his first ever performance for the team and the game ended 0-0. Once again, NCFC had brought a premier league team to a draw.

Following such a big performance against a top-level team, NCFC Head Coach Colin Clarke said he was pleased.

“They put us under a lot of pressure, we withstood some and made some big saves. We had our moments and a couple of very good chances, but overall, I’m delighted with how the evening went,” Clarke said. “We got some minutes for the young kids, and were able to see some of them for the first time. I was very pleased.”

This game also saw NCFC put out many of its younger players to give them some top-level experience, including four players who are younger than 23, as well as guest players from North Carolina FC U23 and Capital Area RailHawks Academy.

This was also the team’s first 0-0 game since September 2016 in a match against Ottawa Fury FC. 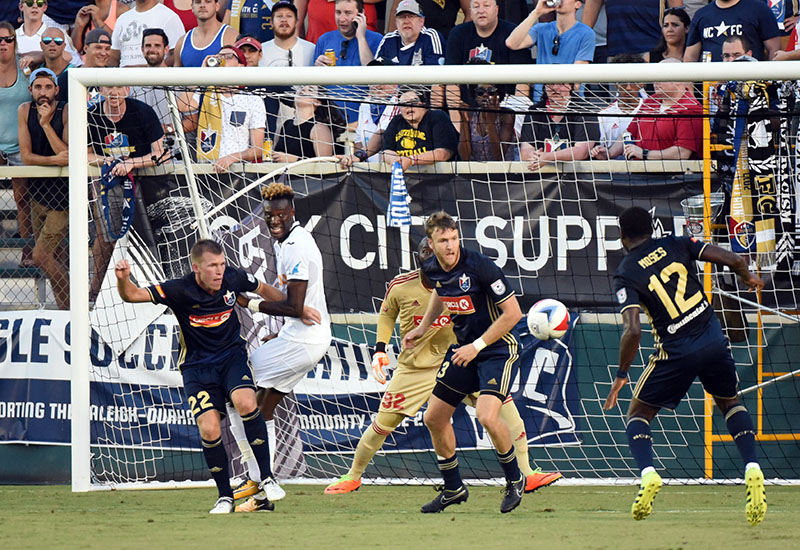