Cary, NC – North Carolina FC fought against the clock in its match against Puerto Rico FC, eventually coming back to tie up the game in stoppage time in this first game of the Fall season. 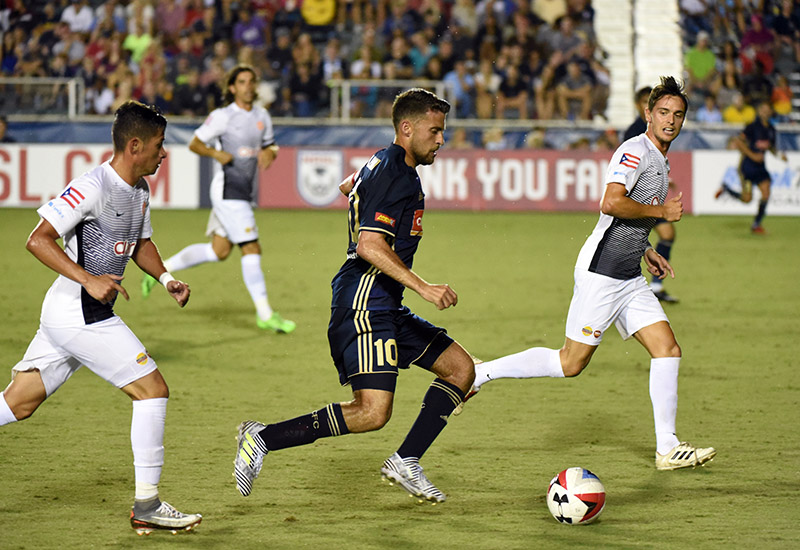 Quick Start to the Season

North Carolina FC‘s game on Saturday, July 29, 2017 at Sahlen’s Stadium at WakeMed Soccer Park nearly took an unexpected turn as Puerto Rico FC scored in the opening minutes. Puerto Rico was ranked last in the NASL last season so beating NCFC would have been somewhat of an upset.

The goal was not due to any reluctance on NCFC’s part. Saturday’s game started with their traditional level of pressure, with Matt Fondy nearly getting a goal in the seventh minute. In fact, in the fourth minute, Fondy almost earned a penalty against him that would have allowed for a free kick.

Not long after these close calls from one of NCFC’s best scorers, PRFC got a turnover and charged for the net. PRFC’s Yuma had the ball and passed it to Jordi Quintilla, who got in a big, sharp kick that landed right in North Carolina’s goal. In the 14th minute, the game was already 1-0 in Puerto Rico’s favor.

NCFC continued its usual pressure, with Fondy nearly knocking a header into PRFC’s goal, but it was not enough to close the gap in the first half. 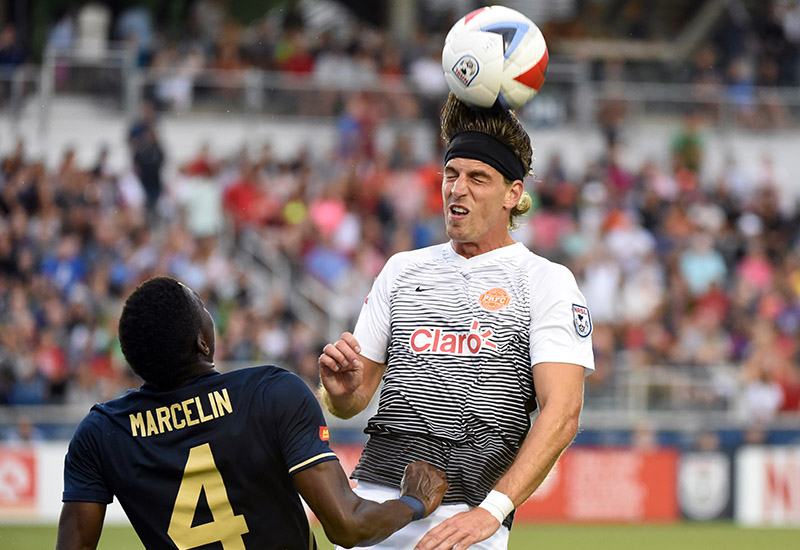 Coming into the second half, NCFC’s new signee Jonathan Glenn took the field and fit right in with the team’s hard pressure. Glenn won fouls and got plenty of corner kicks, keeping NCFC in the mix for the remainder of the game. He even nearly got his first goal for the team but PRFC’s goalkeeper Trevor Spangenberg dove to block it.

In the end, it was a goal from Fondy that tied up the game. During stoppage time, Fondy got a take-down and earned himself a penalty kick. And just like that, Fondy had his fifth goal of the year and the game ended 1-1.

“At the end of the day, I’m happy with a point. We didn’t start the game well, said NCFC Head Coach Colin Clarke. “We had more urgency in the second half. We’ve talked a lot over this week about starting this Fall season well and setting a good tempo.” 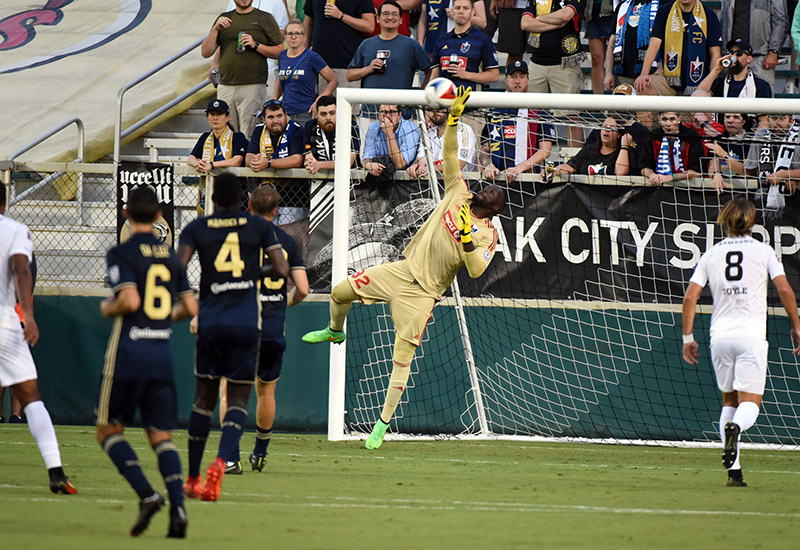