Cary, NC – Bright Horizons in Cary has world education as part of its curriculum for its young students and this past week, that was expanded as students from South Korea visited and experienced a cultural exchange both ways. 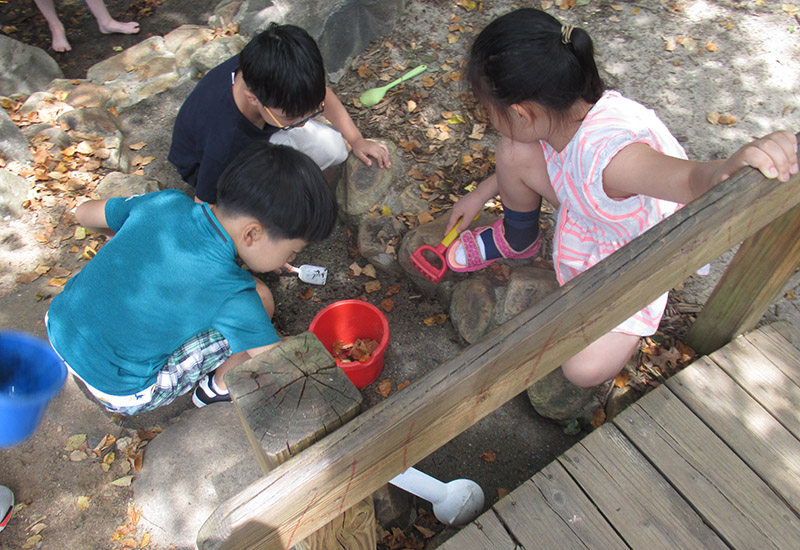 The Clubhouse at Bright Horizons, located on Highstone Road in Cary, had students from South Korea’s GLE Academy in Daejeon. Lisa Bradshaw, interim director at The Clubhouse, said the academy reached out to them first.

“Elli Kim, the owner of GLE, lives in the area so he’s partially here and partially in South Korea,” Bradshaw said. “Knowing the area, this is a place he was interested in and our educational philosophies matched.”

Kim’s son also attends Bright Horizons so the center was selected as a good place for Korean students to learn about American culture, the English language and to do this with children their own age.

Bradshaw said the curriculum at Bright Horizons is based around what the children are interested in, both in terms of education and play time, so it was easier for the Korean students to get into the flow of things to interact and play with their American counterparts. 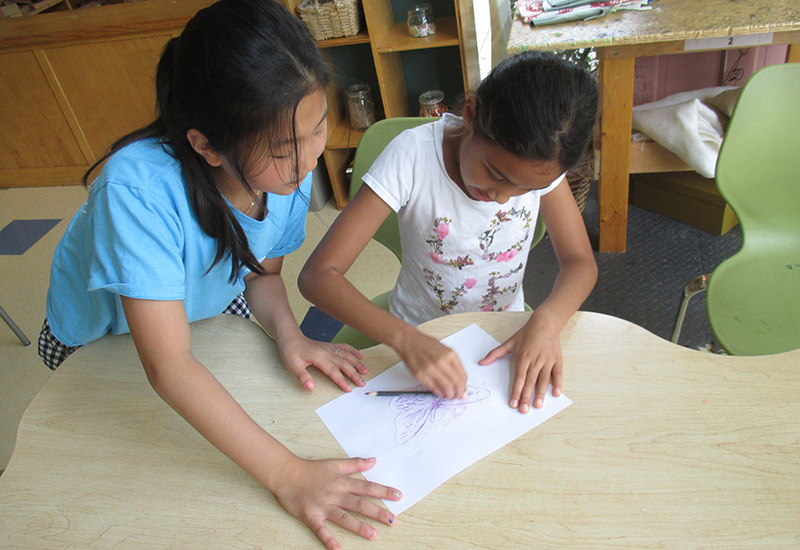 One of the main ways two groups exchange culture is through food and Bradshaw said that was the case here too, with many questions about food both ways.

“But there were also many similarities. Lots of kids here like the same kinds of food, like sushi,” Bradshaw said. Also, the Clubhouse is only a short walk away from Cary’s new H Mart store, which sells a variety of Korean food and other products.

Through their time in Cary, the Korean students were able to take part in Bright Horizons’ science presentations but also got to go on field trips, from ice skating to swimming at the Triangle Aquatic Center to visiting Walnut Street Park. This included the focus on natural play and creative expression Bradshaw said they focus on and she hoped the Korean students got something out of seeing this creative freedom.

Bradshaw said there is now more interest in creating further international connections, either with Bright Horizons schools in places such as India and Europe or with other international schools with a similar philosophy.

And most importantly, the exchange resulted in connections between the students themselves.

“Our kids were sad to see their friends going at the end of the week,” Bradshaw said.

The Clubhouse at Bright Horizons is located at 2500 Highstone Rd. 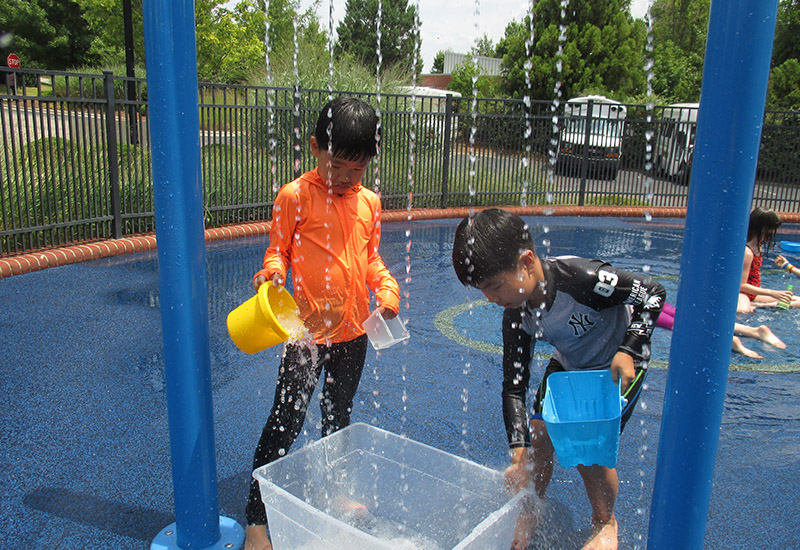 Story by Michael Papich. Photos courtesy by the Clubhouse at Bright Horizons.