Cary, NC – This Monday, August 21, 2017, there will be a total solar eclipse and while we will only be able to see a partial eclipse, it is still an event many are excited for. Here are some tips on how to view the eclipse and, more importantly, how to do so safely.

Partial and annular solar eclipses are still impressive, with slivers of the Sun still visible either because they are not perfectly aligned or because the Moon’s particular rotation makes it seem smaller than the Sun. But a total solar eclipse is much more rare and can only truly be seen along a specific track on the Earth.

If you are interested in getting the true experience, the Western tip of North Carolina, in the Great Smokey Mountains Great National Park area or even Columbia, South Carolina, will be able to see the totality. Still, we will have close to 93 percent coverage of the Sun during this coming eclipse.

During which, the strong photosphere will be more prominent, as well as twisting solar prominences as gas is ignited above the Sun and the halo of the ignited plasma corona can be seen.

Our eclipse will start to be covered at 1:16 PM and end at around 4:06 PM, with the maximum coverage occurring at around 2:44 PM. 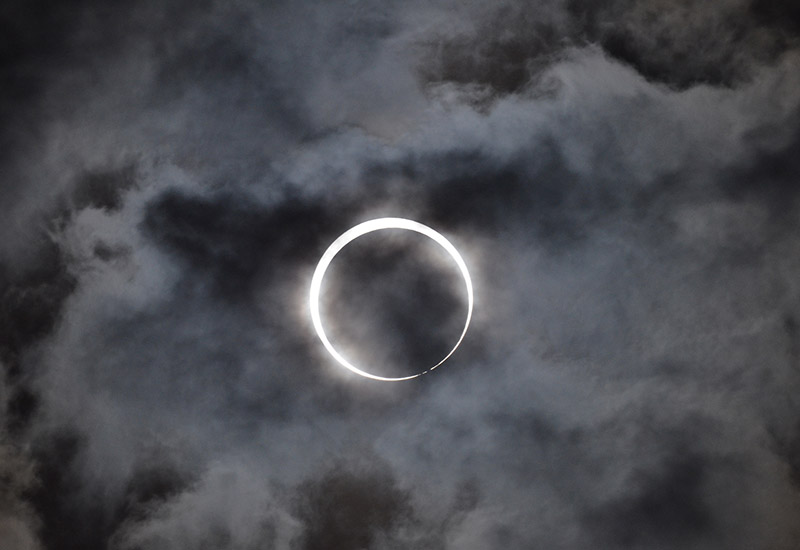 If you have heard about the solar eclipse, you have probably heard people talking about eclipse glasses. So why is the Sun more dangerous to look at during an eclipse?

Here’s the funny thing: it isn’t. If you try to look directly at the Sun right now, it will be too bright for you and you will look away. But during an eclipse, there is not this light so you can look at the Sun for longer, exposing your eyes to the radiation of the photosphere. This radiation can burn your retinas and cause lasting damage which may not be felt until hours later. Your retina also cannot feel pain on its own so you would not feel this damage happening as you look at the eclipsed sun.

Sunglasses, even the kinds used in mountain climbing or tundra expedition, will not block out this harmful radiation. For that, you need specific ISO 12312-2 sunglasses, and only if the lens is not in any way damaged and scratched. There are a lot of scammers out there but NASA has compiled a list of authorized retailers. Though this close to the eclipse, finding businesses that still have them in stock may be tricky. Same goes for telescopes and cameras: find specialty filters for these devices. Even if you set up your camera and aren’t looking into the lens, just the unfiltered light and radiation can damage your digital camera.

You will hear people saying it’s safe to take the lenses off when the eclipse has reached totality. This is true but only if you are in the path for the total eclipse, which we are not. If you are in far Western North Carolina or Columbia as said earlier, these count as safe spots once the eclipse hits totality but we in Cary do not have that luxury. If you have the glasses, you have to keep them on the entire time.

Also, plan your drive time accordingly. Try to stay off the road during the eclipse. It’ll be harder to look away from it and frankly there’s going to be much slower traffic at that time anyway. 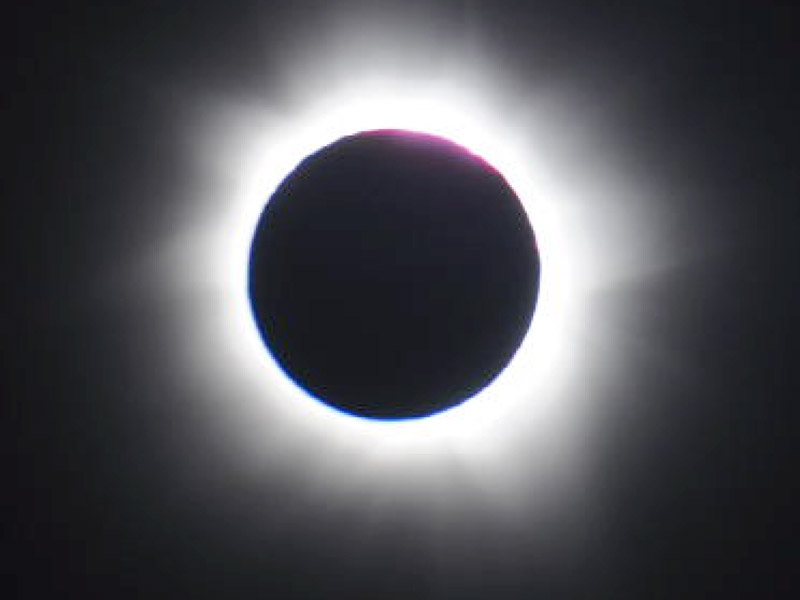 Story by staff reports. Photos by Takeshi Kuboki and the NASA Goddard Space Flight Center. Coverage on CaryCitizen is sponsored in part by Waverly Place.

North Carolina Courage Wins with 10th Shutout of the Season
Scroll to top
%d bloggers like this: