Cary, NC – When the North Carolina Courage came to Cary, fans were promised a strong, dominant team. For further proof, the home team got its 10th shutout victory of the season this past Saturday.

The North Carolina Courage took on the Washington Spirit on Saturday, August 19, 2017 at Sahlen’s Stadium at WakeMed Soccer Park. At first, the game was evenly matched, with McCall Zerboni and Ashley Hatch pressuring Washington’s defenses. But the Spirit had goalkeeper Stephanie Labbé who created a reinforced line of defense.

At the end of the first half, there were no points on either side. While the Courage got closer to the net, the Spirit got close at the 43rd minute, with passes between Estefanía Banini and Estelle Johnson but Courage goalkeeper Katelyn Rowland made the save.

The first half didn’t have any goals but the second half quickly changed that. Less than a minute into the game restarting, Kristen Hamilton passed the ball to Hatch inside the Spirit’s defense and Hatch sank the ball into the goal, raising the score to 1-0.

The second goal of the game was an accident as Washington’s Cali Farquharson tried to get a clearance. The ball bounced off of Washington’s Kassey Kallman and was deflected into the team’s own goal at the 84th minute. The Spirit fought with an added ferocity in the final minutes but it was not enough and the Courage won the game 2-0.

The Streak to Beat

With this victory, the North Carolina Courage have their 10th shutout victory of the season. Not only that, but this is the team’s fourth win in a row, which is their longest win streak so far.

“It’s one of those performances at this time in the season in the heat where you just want to get the points,” said Head Coach Paul Riley. “Hats off to Washington. They did a good job, especially the first half. They had a lot of the ball in the first half. In this league, you have to make it count when you have the ball. Luckily for us, they didn’t make it count. In the second half, it was a better display. We changed things around and asked for more.”

The Courage came to Cary as the Western New York Flash, who were league champions before being bought by North Carolina FC owner Steve Malik. And several players will be competing on the U.S. national team, who will be playing South Korea on October 22, 2017. So their dominance this season should not come as too big of a surprise.

Their next home game is against Houston Dash on Saturday, September 9, 2017. 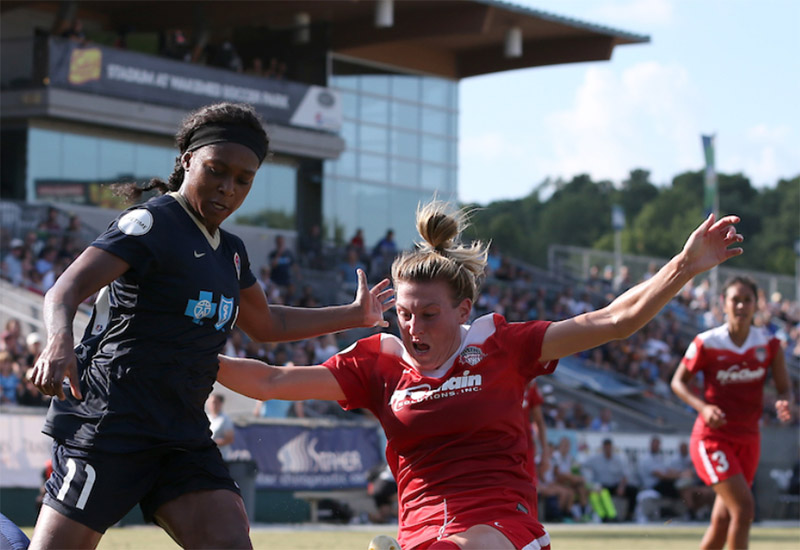 Solar Eclipse: What You Need to Know