Cary, NC – Hurricane Irma made landfall in the Florida Keys early this morning and has been battering its way up the west coast of Florida today. But forecasters predict the deadly storm will continue to track west and north, bypassing North Carolina.

Irma Heads Into the Midwest

Forecasts from the National Weather Service predict Irma will cut diagonally across Georgia, Alabama and Mississippi on Monday. The storm will lose strength as it tracks across Tennessee and Missouri on Tuesday, finally dissipating in southern Illinois and Indiana by the end of the week. 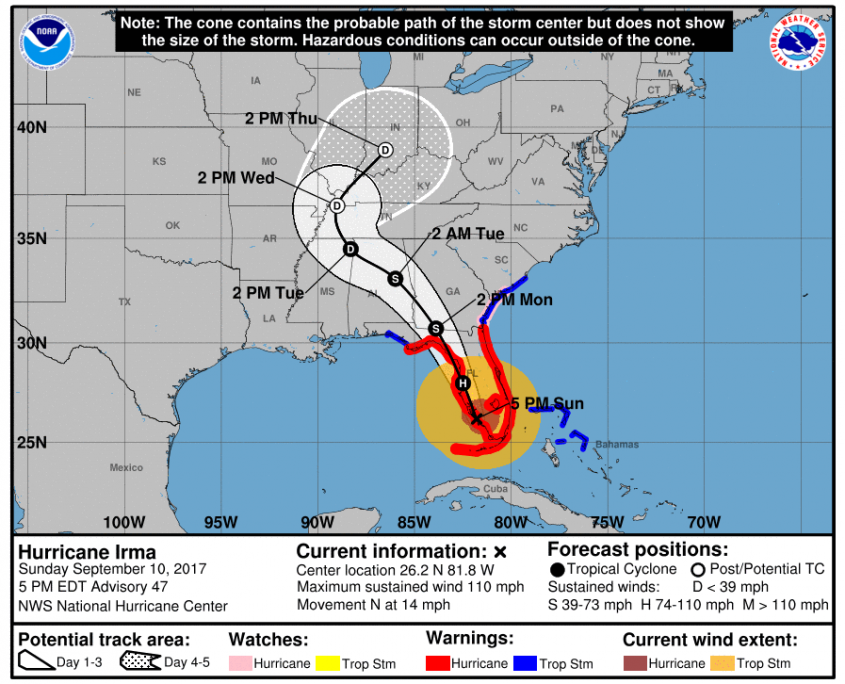 Hurricane Jose Not Far Behind

Hurricane Jose is right behind Irma in the east Atlantic. But it is predicted to follow a looping path over the next few days. 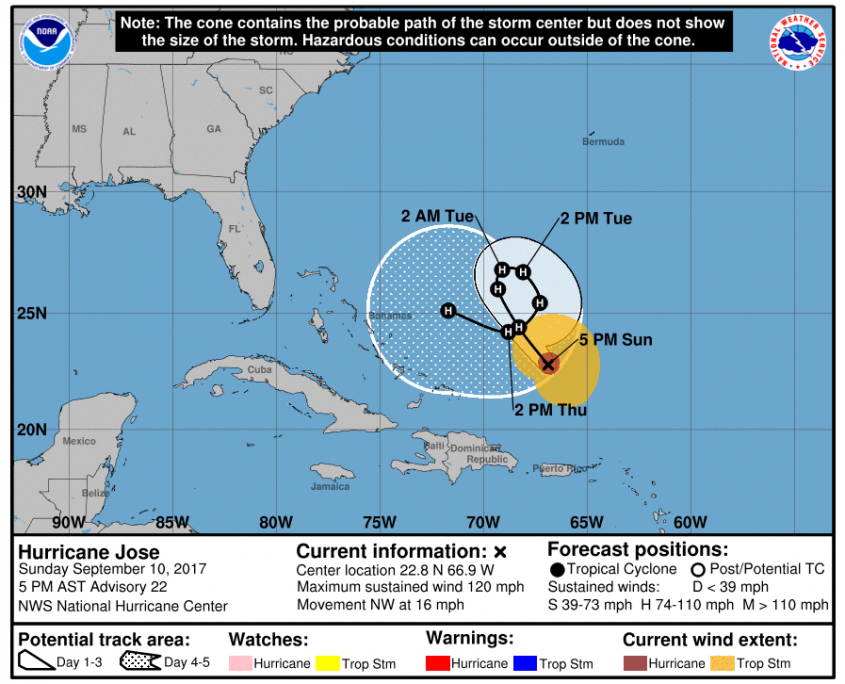 Monday evening into Tuesday will bring up to an inch of rain and gusty winds above 25 mph to the Triangle. Temperatures will rise into the 80°s and the sun will peek out later in the week.

Story from staff reports. Imagery from the National Weather Service.