Cary, NC – The North Carolina Courage have been dominant ever since coming to play in Cary and with a victory this weekend over the Houston Dash, they have secured their spot in the NWSL playoffs.

This season has seen 14 victories for the NC Courage and this past Saturday, September 9, 2017’s game against the Houston Dash at Sahlen’s Stadium at WakeMed Soccer Park bumped that up to 15.

The Dash are not particularly high-ranking in the league but you would not know that from the opening of the game. Houston fought hard, keeping both teams even, despite the Courage getting some close kicks in. At one point, Houston’s goalkeeper Jane Campbell came off the line in order to deflect a ball, showing a lot of intensity and risk to stay in the game.

But the Courage got one past Campbell in the 26th minute. Jessica McDonald had a chance to throw the ball in, getting it from Abby Erceg to Kristen Hamilton, who hit it hard into the back of Houston’s net.

For the rest of the game, Houston had up a strong defense that kept the score at 1-0 but in the end, that was enough to win. The Courage did get one additional ball into the net but it was deemed offside.

With this victory, the North Carolina Courage are definitely in the playoffs, though with their high-level performance, this was never truly in doubt.

Sahlen’s Stadium at WakeMed Soccer Park will host the semifinals on Sunday, October 8, 2017. There is no information yet on who the opponent will be or when tickets will be on sale for that, though the tickets are already included for season ticket holders.

The next home game for the Courage is on Saturday, September 30, 2017 against the Orlando Pride. 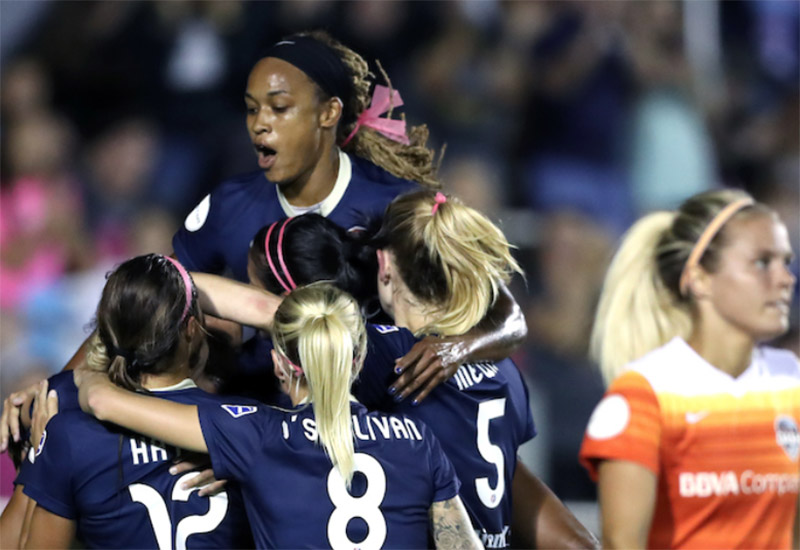