Cary, NC – After winning their first two preseason games on the road, the Canes lost to the Tampa Bay Lightning 4-3 on Wednesday September 20, 2017 at the PNC Arena. The Canes beat Tampa Bay the night before in Florida and beat the Buffalo Sabres on Monday.

Preseason games have two main purposes: to see how prospects perform and adjust to the NHL level of play and to get timing down for veterans. One of the rules about preseason games is there must be at least eight players with at least 30 games played the previous season or 100 NHL games during his career. Last night, the Canes dressed a preseason high of 10 veterans.

Prior to the game there was a press conference about Erik Cole. GM Ron Francis first had Cole sign a ceremonial contract that must had had a duration of 10 minutes, as Cole then announced his retirement from hockey.

He always wanted to come back and play as a Hurricane but could not due to health reason. Along with his broken neck injury in 2006, he had a spine contusion that several doctors recommended retirement. Cane President Don Waddell then made an announcement that Cole would be the Team Ambassador. Waddell, Francis and the Canes organization do a tremendous job of recruiting, trading for and having not only good NHL players, all have great character, integrity and family values. Cole is prime example. His wife and two kids were present as was his sister from Garner.

On many occasions, Cole has stated how much he loves this area and made a point about how he always wanted to return to the Canes and the Raleigh (Cary) area and during his time away from the Canes never sold his house. More on Cole’s ambassadorship as the season rolls on. 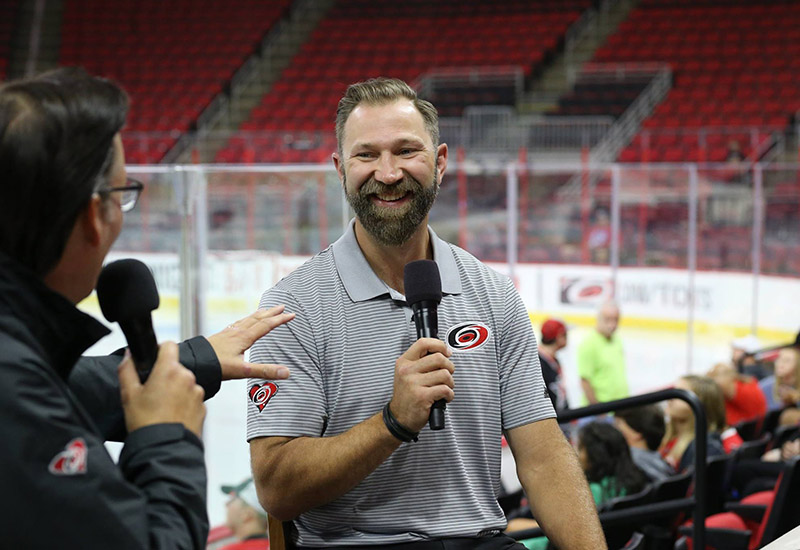 Cam Ward, playing in his first preseason game, didn’t have a stellar night. Game situations maybe more important for goalies than skaters as positioning, pile-ups in the crease and quick shots are fine in practice but nothing like game situations. The rust was evident early on but Wardo did get better as the game went on. Coach Bill Petes wanted to play him for two periods then let Jeremy Smith play the third. The Bolts scored first on one of those shots that Ward would want back.

The Canes tied the score at the 12:37 mark on a pretty pass from Elias Lindholm to Lucas Wallmark. Tampa Bay scored twice in the second to take Momentive away from the Canes. Noah Hanifin displayed some impressive skating and stick control trying to make things happen in the Bolts end. Hayden Fleury, with a very good shot to make the team, won points with his teammates and coaches when he dropped the gloves after a bad boarding to Derek Ryan.

Fleury paid the price as he got seven minutes in penalties and a game misconduct. Later in the game, Fleury was the lone D-man on a two-on-one breakaway and made a great slide to stop a potential goal. Ryan did score in the second to close the gap.  Te team traded third period goals to have the game end 4-3 Bolts.

Not a great game but not all that bad. Certainly preseason jitters and timing had a lot to do with it. Last home preseason game is next Friday against Washington. Home opener, as part of the CaryCitizen.com game special, is Saturday, October 7, 2017 against Eric Staal and the Minnesota Wild. Be there! 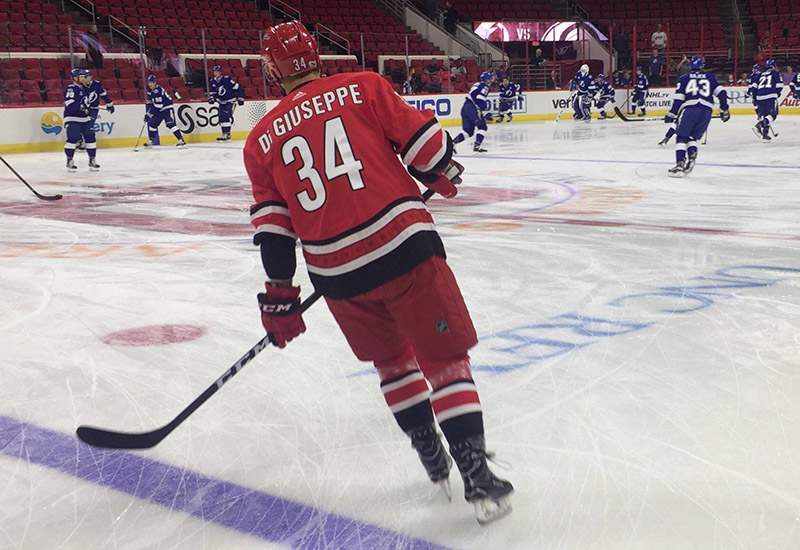 Gardening: Growing Roses in the Triangle
Scroll to top