Cary, NC – With any luck, the first time for three wins in a row may be the turning point for the Canes. The Canes started the game four points outside a spot for the Wild Card spot for the playoffs and this solid win over the top team in the highly competitive Metropolitan Division should do a lot for the confidence of this young team and the loyal Caniacs.

If you just look at the player statistics, there’s not many major differences between these two teams: the forward lines are about equal in points, both teams are tight checking, the scoring among individual forwards are about the same but the major difference has been the production by the defense and the stellar goal tending by Sergei Bobrovsky. The goals for and against are just about reversed.

Going into the game, the Canes scored 88 goals while giving up 97, the Jackets scored 94 while giving up 84. The top lines were out for just their second shift of the game and the Canes were deep in the Jackets end cycling in the far corner. Justin Williams circled the corner dropping off to Jordan Staal. Staal saw Brock McGinn charge the net sending a hard pass his way. The puck hit Jack Johnson’s skate and trickled in under Bobrovsky for the early 1-0 lead; Caniacs felt a little karma as Johnson was drafted by the Canes years ago and refused to sign with the team. The Jackets coach, John Tortorella is probably the most no-nonsense coach in the NHL and gets everything out of every player and watching him right after Staal’s goal made you glad you were not on the Jackets bench.

The Jackets tied the game at the 12 minute mark on what was a mental lapse by every Cane on the ice. The puck was in the near corner and appeared to be the start of a clear. With all five Cane skaters near the boards, it appeared that everyone was thinking the other was going to take the puck. Instead, Cam Atkinson did and sent the puck to Alexander Wennberg who was all alone in front of Scott Darling and simply redirected the puck between Darling’s pads to tie the game. The Canes were forechecking well but the Jackets were still able to get off 31 shot in the first with 16 on net compared to the Canes total of 12 with just eight on net. 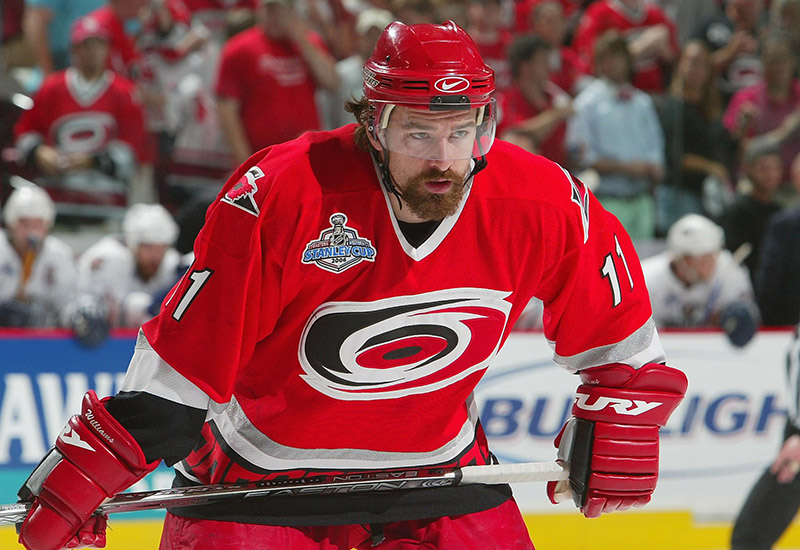 The second period was just like the first, a fast up-and-down game with tighter forechecking and fewer shots by both teams. The Canes had some solid opportunities but Bobrovsky was his usual outstanding in-goal. It’s interesting to see Bobrovsky during TV time outs or whistles at the other end of the ice as he’s constantly practicing positioning and sliding from post to post, keeping his head in the game and predicting game situations.

The Canes are still the least penalized team based on games with the Jackets right behind as Torts does demand a disciplined game. The Canes found themselves killing a couple of penalties early but the PK lines – especially Joakim Nordstrom – did really well limiting shots and when a shot did get through, Darling was in perfect position. On the rare occasion the Canes got on a powerplay, Sebastian Aho got called for a hooking penalty that was wrong. Seth Jones simply lost his balance but the call was made.

The Canes were the more aggressive team on the four-on-four and that paid off. Jeff Skinner stick-handled the puck over the blue line into the Jackets end sending a nifty back hand pass to Derek Ryan. Ryan sent the puck to the net with Noah Hanifin making the right decision to charge the net knocking in the rebound for a 2-1 Cane lead on what would be the game winning goal.

Darling Has Best Game as a Cane

The third period saw the game tighten up even further. The Canes shifts were noticeably shorter with many times the lines switched around. Torts was paving behind the bench and the faster he paced the more he was barking at either his team or players on the ice. The Jackets did have some solid shots and Darling’s rebound control was his best this season. Cam Ward started and won his last two games, notching wind 300 and 301 and was sharp in both.

Darling could have been feeling some deserved pressure on the starting position but whatever his motivation, he played a great game and was named the #1 star of the game. Staal also had a strong game as did Hanifin. This was a great team win but mega kudos to the defensive, especially Brett Pesce and Jaccob Slavin, who had five blocked shots among the two of them all at key times.

Next Game is Saturday, December 23, 2017 against Buffalo, which always has a strong local fan support. Be there! 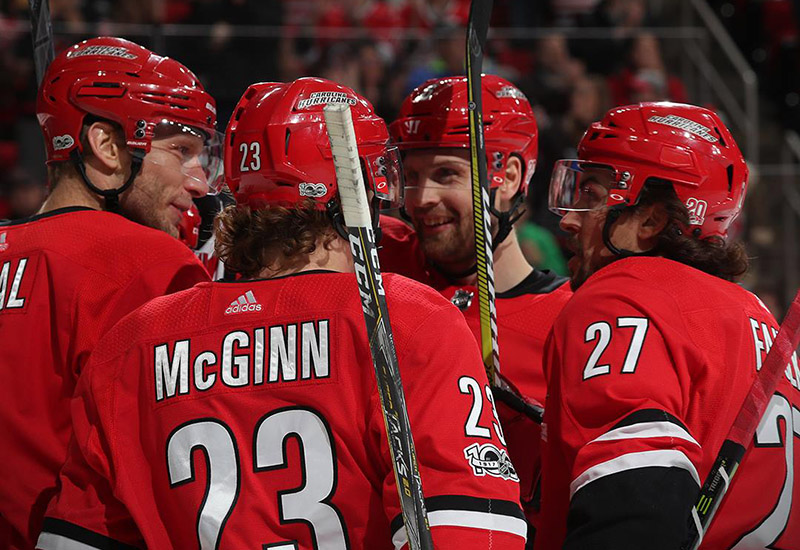