Cary, NC – You couldn’t call this past week warm by any means but Cary has been out of freezing temperatures for a number of days now. But with temperatures dropping and precipitation coming in, streets could be covered in snow once again.

Weather forecasts show snow coming in on Wednesday, January 17, 2018 as a Winter storm stretches from New England to Texas. While the Triangle will not be hit as badly as some parts of the country, we will experience the worst of it in North Carolina, with between two and three inches from here to the Roanoke Rapids.

As the skies get cloudy on Tuesday, January 16, 2018 night, snow will begin to fall in very light quantities. Temperatures will continue to drop down to around 19 degrees Fahrenheit on Wednesday and ensure the snow and ice stay on the ground for the rest of the day.

Snow will continue to fall on Wednesday morning and if the Cary area gets up to three inches, it’s more likely to be in that time frame than any other. There may also be a transition to cold rain on Wednesday afternoon.

The good news is, the forecasts call for clear, sunny skies for the rest of the week, though temperatures won’t get much warmer. But this all changes next Monday, January 22, 2018 as the predictions are for nearly a full week of rain. 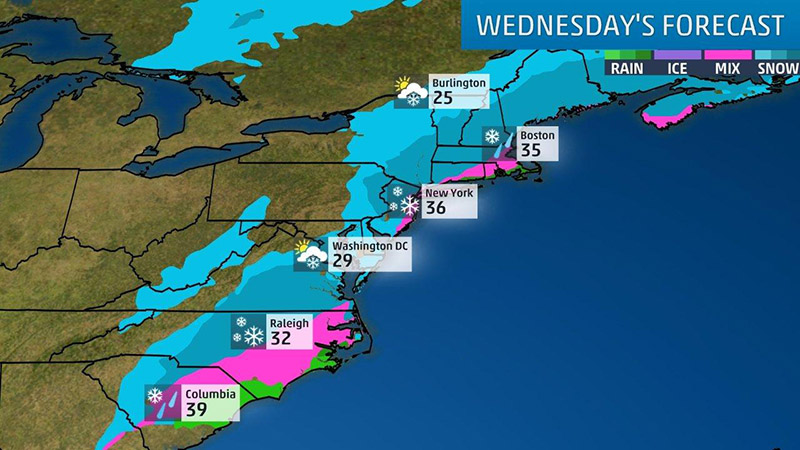 Map of projected weather by Weather.com

So far, predictions only call for rough road conditions as far out as Thursday. It remains to be seen where temperatures get after Wednesday and if they will be low enough to keep ice on the roads.

If Wednesday night produces freezing rains instead of snow, the roads may become even more hazardous, not only because of slippery roads but also limited visibility.

For now, plan on not making any important trips on Wednesday and even Thursday if you can help it. If you have to drive somewhere, try to go on as many major roads as you can as those will be cleared by traffic faster than smaller and particularly rural roads. 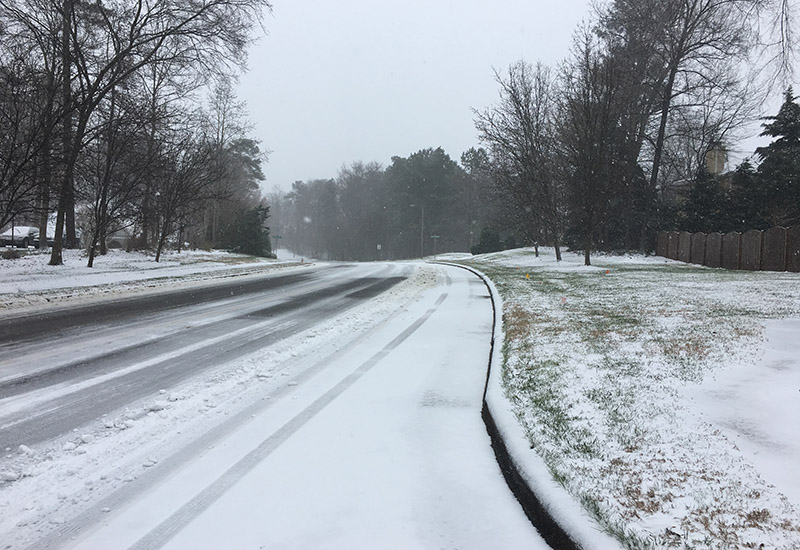 Story by staff reports. Photos by Weather.com and Hal Goodtree.