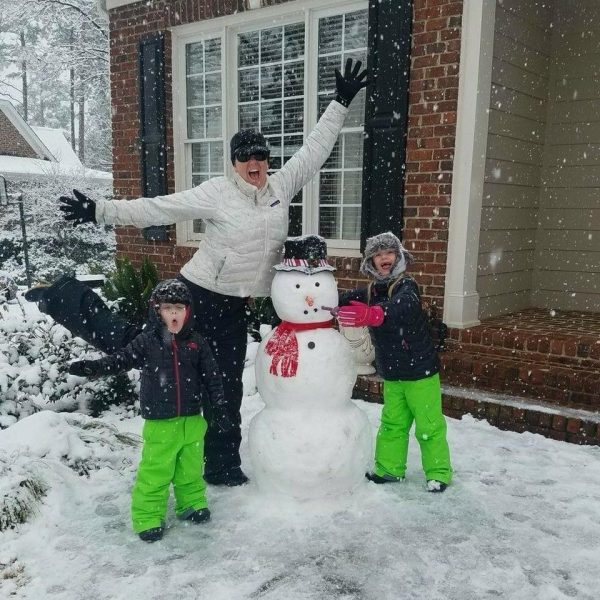 Cary, NC- Everything shut down on Wednesday, January 17, 2018 as the snow began to fall by early morning. School sand Town facilities had made the call on Tuesday night to cancel services, and many stayed home form work as roads became slippery. Originally predicted to begin precipitation Tuesday evening, our area did not start to see snow flakes until about 9:00am. By noon we had experienced at least 2 inches and snow continued to fall well into Wednesday night.

We asked our social media fans to submit some of their best #snowday photos. Here are some of the best. 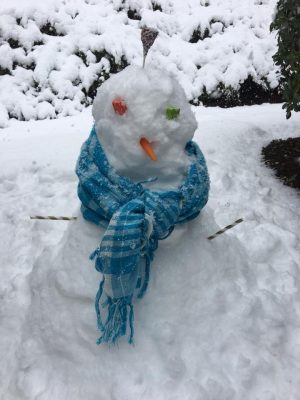 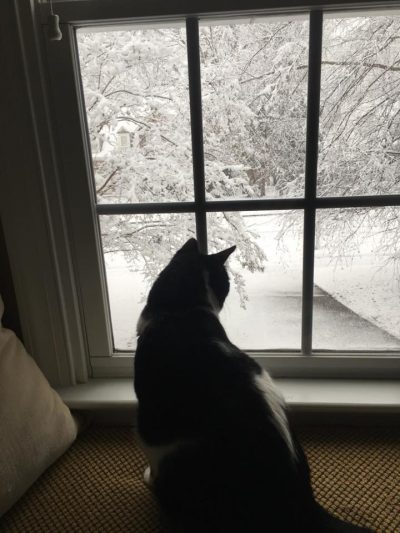 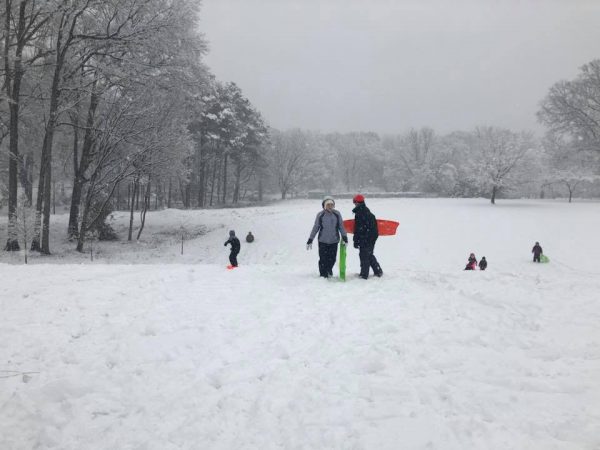 Photo by Laura Wehrie Oates of the Downtown Park. 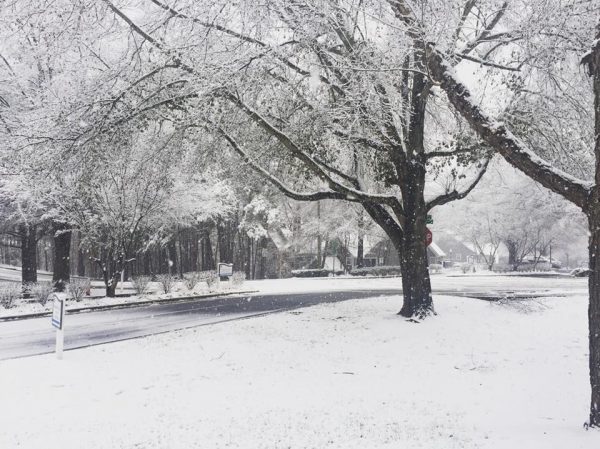 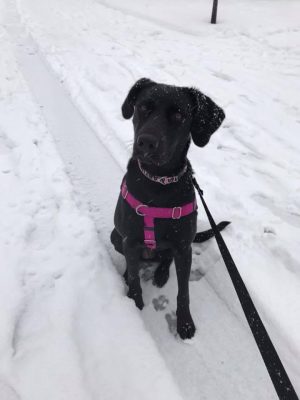 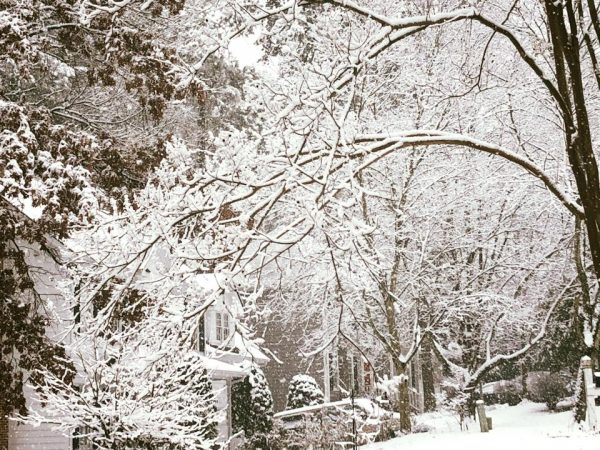 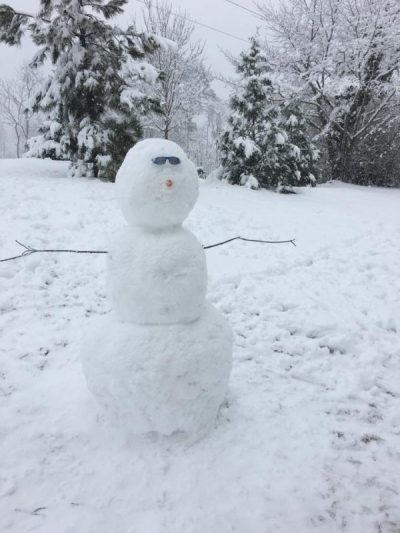 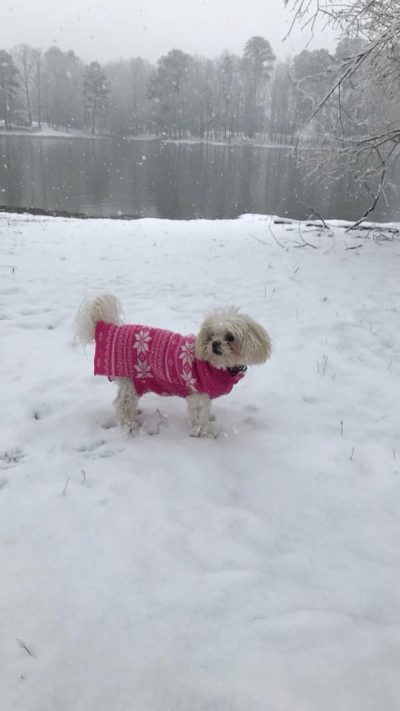 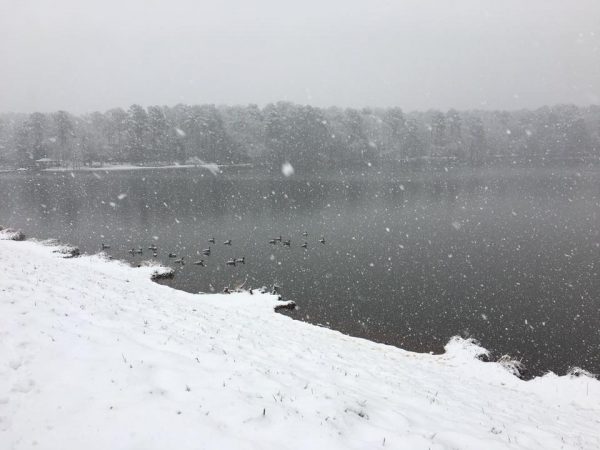 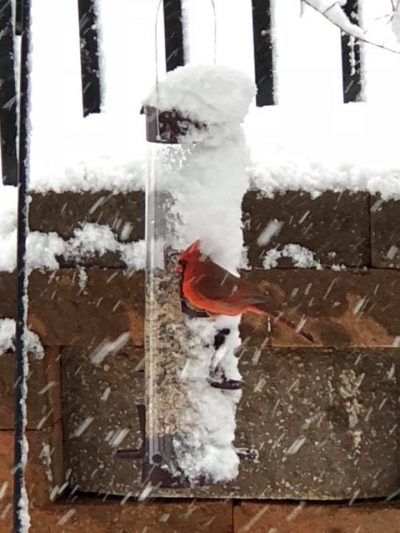 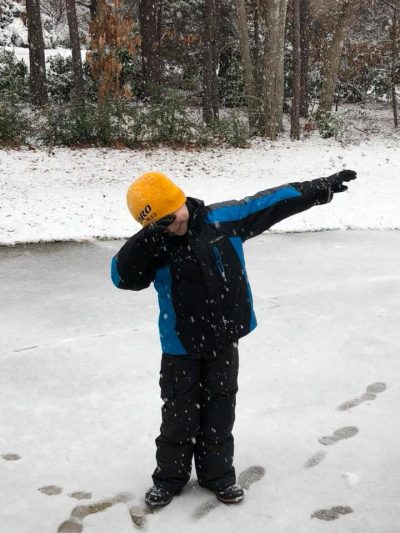 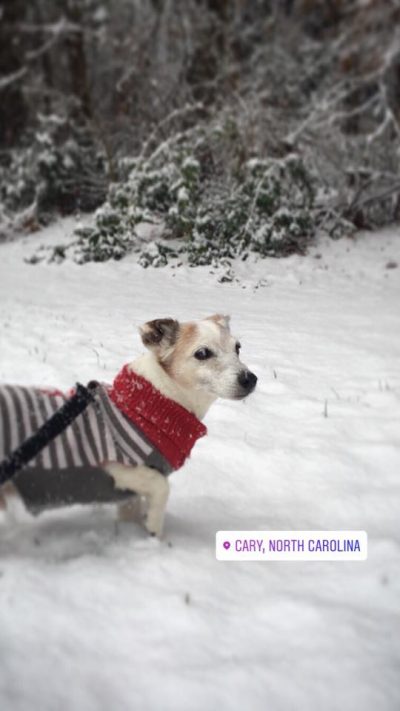 Photo by Jodi Marie of her dog, Sparrow

Snow was still falling when we wrote this post at 5:15pm on the 17th. This writer is predicting at LEAST one more snow day for the kids, and maybe if you’re lucky, the parents too.