Cary, NC – In West Cary, the town is taking up an unusual plan by building two parks at once. At the first design information meeting, residents got to see the first ideas for both parks and give their thoughts and input as well.

Both parks – the Carpenter Fire Station Road park and the McCrimmon Parkway park – won’t have their budget up for a vote until fiscal year 2020. But as Cary Parks, Recreation and Cultural Resources Director Doug McRainey told the citizens that came out to the information meeting on Tuesday, January 30, 2018, those intervening years will be used to settle on park designs and create a master plan.

The meeting was made up of various stations to give attendees more information about where the parks will be and to solicit feedback. One of the key stations was the two early maps of what the McCrimmon Parkway and Carpenter Fire Station Road parks will look like, with two options at each for residents to pick a favorite. 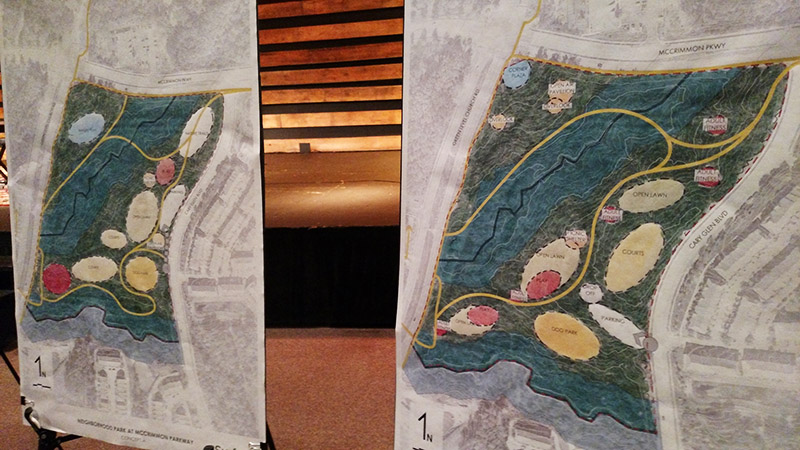 The two concepts for the McCrimmon Parkway park. Click the links for full-size designs.

At both parks, stream buffers and the land’s topography preclude where features can be built and installed and determine the type of features which can be put in the remaining developable area. For the McCrimmon Parkway park, two large stream buffers cut through the land, while greenways will spread through the park.

The center of the McCrimmon park is the most developable and the concepts differ most in how centralized the play and fitness areas will be located. In option A on the left, there are two large centers at opposite ends of the park with athletic courts and open lawn in between. In option B, these centers are spread out through the park and along the greenway, creating a flow of traffic around the park, though with smaller lawns and athletic courts as a result. 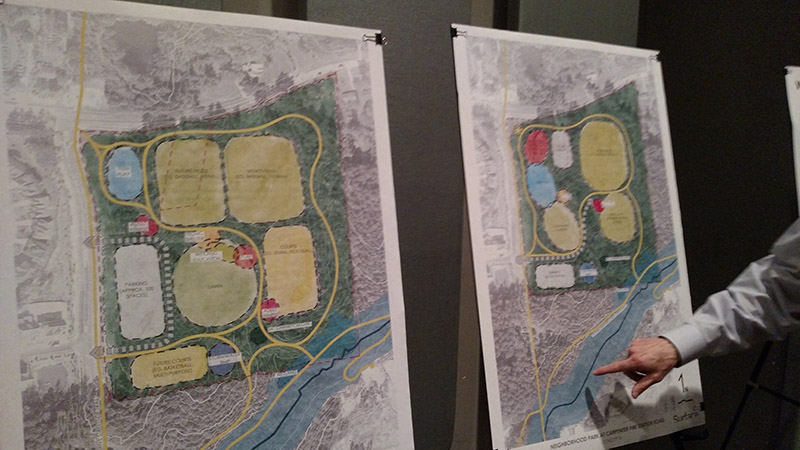 The two concepts for the Carpenter Fire Station Road park. Click the links for full-size designs.

The Carpenter Fire Station Road park has fewer obstacles leaving more open space to develop. The main difference between the concepts is that Option A on the left has more sports fields, with baseball, tee-ball, basketball, tennis and pickleball, and a large open lawn in the middle.

Option B on the right, has one large field for a mix of baseball and tee-ball, but the rest of the space is mostly open lawn and a community garden. Option A also includes an adult fitness center, which option B does not. However, option B has more playground space, while option A’s play space is largely athletic courts for more specified uses.

The future Panther Creek greenway also runs along the bottom of the park.

In the end, both parks’ final product will not be specifically one concept or the other, but a mix of both conceptual plans. Visitors to the meeting were asked to vote on which concepts they prefer in order to help the town and its consultants decide which way to move forward.

Another area at the meeting where residents’ votes were counted was the large displays that detailed the various features a park can have. This included everything from lawns, gardens and trails to shelters, decks and playgrounds. Not only were residents asked to vote on which features they prioritize but what those features should look like.

There were also maps of where these two parks will be located to give people better context. 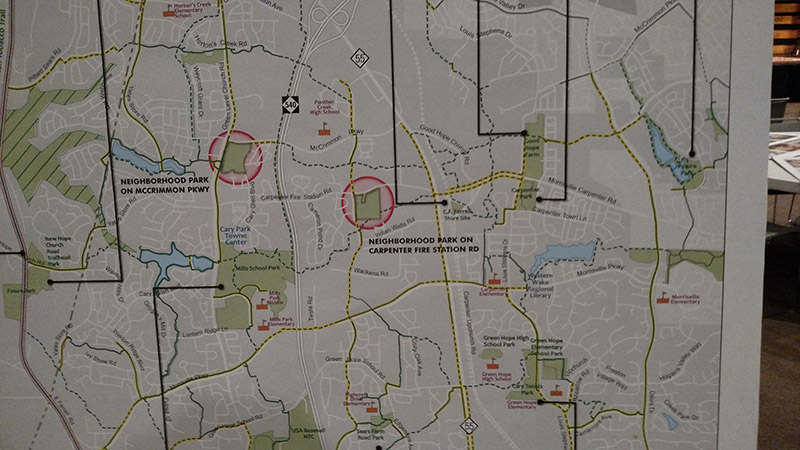 Included with these maps was a list of other developments planned in the area. During the Spring of 2018 a variety of park projects will begin, including construction of the Panther Creek Greenway and Mills Park.

For drivers in the area, construction on the intersection by Carpenter Elementary School is also slated to start in Spring 2018, as well as the connection of Morrisville Parkway to the 540 interchange. 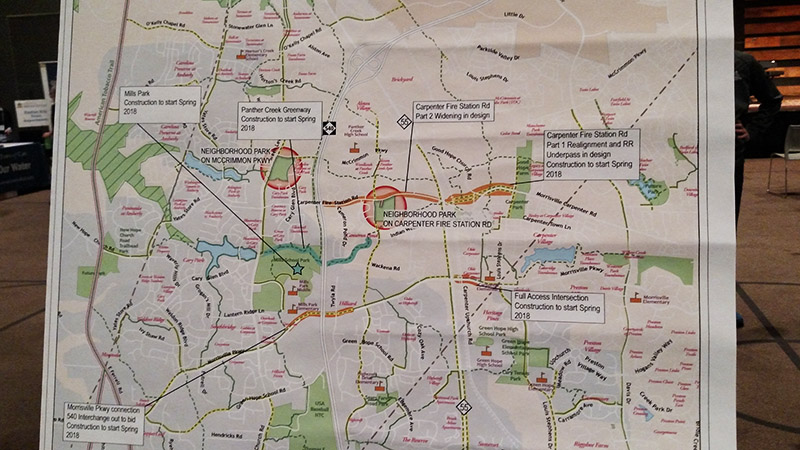 There were opportunities for attendees to talk with the two artists who have been selected to work on the public art for these parks: Mary Carter Taub and Erik Beerbower. Both expressed an interest in making any public art “functional” as well as aesthetically pleasing. Design will incorporate feedback from residents.

In the questionnaires for residents, there was a sense of striking a balance between older residents and “millennials” and younger. There was an interest in making this art suitable for photographs and even “selfies.” 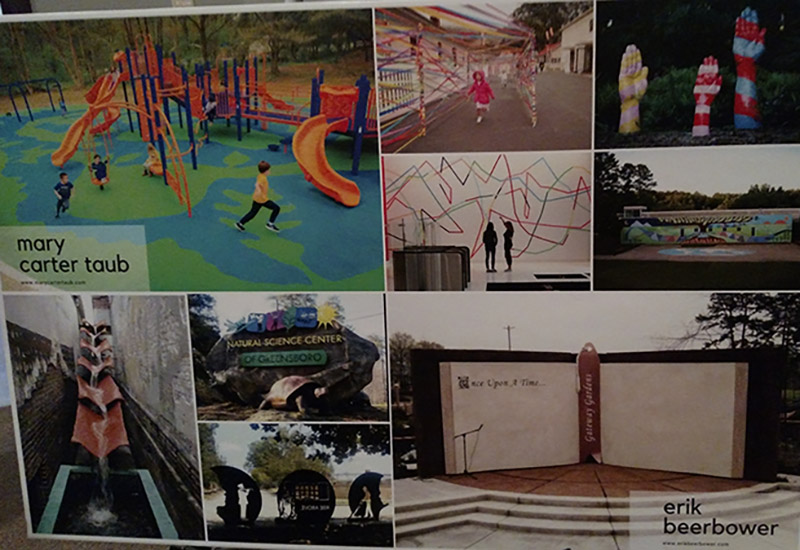 Examples of the artists’ past work

If you were not at the meeting and want to share your thoughts, you can get access to the questionnaires and more online.

Canes Beat Ottawa in Come From Behind Win, 2-1