Morrisville, NC – Obstacle course-based fitness is becoming increasingly popular, with locations such as Warrior Tech OCR opening around the country. Those interested will have their shot at qualifying for the national association as Warrior Tech hosts the Triangle’s first qualifier this weekend.

Qualify as a Ninja

Anyone older than 14 will be able to see if they qualify for the Ultimate Ninja Athlete Association (UNAA) on Saturday, February 17, 2018, starting at 11 AM. To qualify, athletes must make it through the obstacle course in a select time period and all UNAA-qualifying gyms must have at least seven of a set list of obstacles.

Warrior Tech has many obstacles, including ropes to scale, standing ladders, quad steps and what Warrior Tech’s adult programming director Matt Kalanz describes as one of their biggest features: a warped walls athletes have to scale.

“We have different kinds of fitness classes and ninja classes here. It’s designed to build the full set of movement but we also have specific classes focused just on various obstacles,” Kalanz said.

The qualifier, in both the teen (14 to 17 years old) and adult (18+) categories, is open to anyone who feels they’re up for it, though only UNAA-members will have their run count toward their qualifier. Kalanz said certain athletes have had better bases to compete in previous run-throughs.

“Gymnastics is a good lead-in. It gives you a balanced body and prepares you for lots of high-flying,” Kalanz said. “Also, rock climbers tend to do very well.” 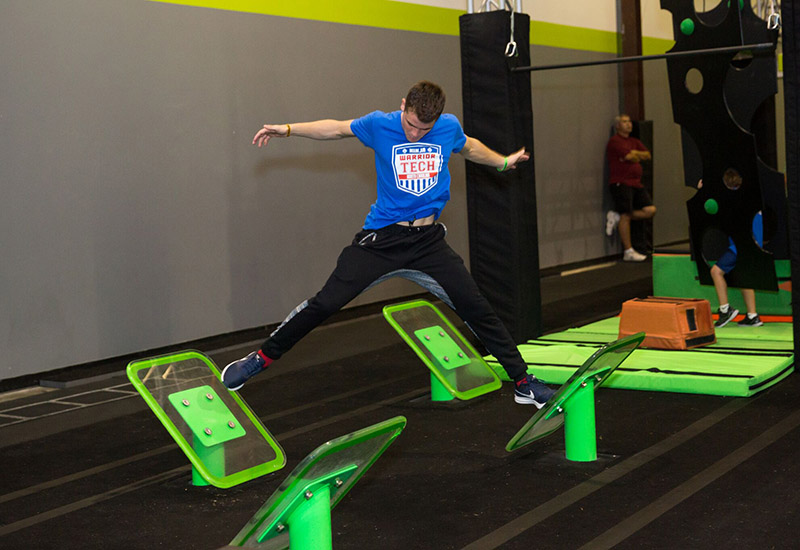 With the growth of facilities such as Warrior Tech, Kalanz said it’s due to the popularity of the TV show American Ninja Warrior and similar obstacle course-based shows.

“Seeing the incredible athletes competing is inspiring. They look at the people going up the warped wall and say they can’t do it, but with encouragement and classes, we can help them do it,” Kalanz said.

“It’s family oriented so parents and kids can train together,” Saguinsin said. “You don’t see that in most sports.”

“But it also helps the hips because there is a lot of swinging and jumping involved,” Kalanz said. 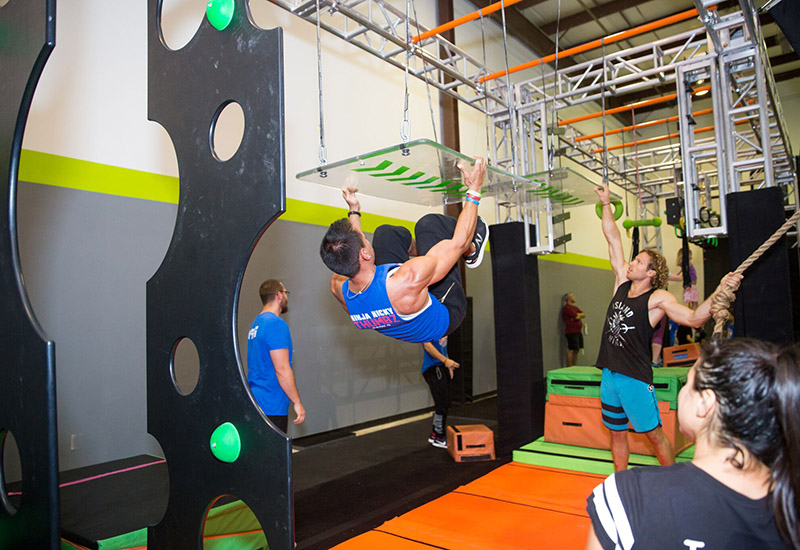